The energy performance gap is a problem, but not yet a scandal. Unlike the revelations that car manufacturers were cheating on diesel emissions, there has been no concerted effort to mislead the public that their new homes are more energy- and carbon-efficient than they really are. But that’s not to say our industry is blameless.

The energy performance gap has been known about for years, but a chronic lack of urgency meant we only began to address the problem recently. With the UK poised to embark on the biggest housebuilding programme in a generation, any further inaction would be a scandal, affecting hundreds of thousands of dwellings and their occupants for years to come.

That is why we have helped to develop the Building Energy Performance Improvement Toolkit (Bepit for short). It is the result of a four-year, government-funded research project to understand the reasons for the energy performance gap through analysis of the design, procurement and construction processes of new homes.

Any further inaction would be a scandal, affecting occupants for years to come

Led by Bioregional, the Bepit taskforce did forensic testing and research on a live housebuilding site, involving more than 400 site days, 1,000-plus hours of observation, 150 tests and 130 logged observations. The study found that the energy performance gap results from many minor, frequently occurring problems, ranging from buildability issues, poor sequencing and planning to incomplete design or missing design information.

Given that there is no single or major cause of the energy performance gap, it is perhaps no surprise that little has been done to address the problem.

An enormous amount of hard work has gone into Bepit, and we know that it works. We’ve been trialling the toolkit on a large, new-build housing development in Oxfordshire, where airtightness tests have shown a 40% improvement between phases. Other energy performance tests can only be conducted when it gets colder, but we anticipate similarly impressive results over the coming winter.

As Julian Sutherland, partner at Cundall, explained at Bepit’s launch, the programme is all about pre-empting problems before they are ‘built in’ to a new construction. It will also offer a framework that enables designers, architects and builders to collaborate effectively to solve the myriad small problems that add up to a big energy performance gap.

Using process mapping, monitoring and testing, we have gained an in-depth, all-round understanding of how new homes are built in the real world, which parts of the process impact most on their performance, and what can go wrong. 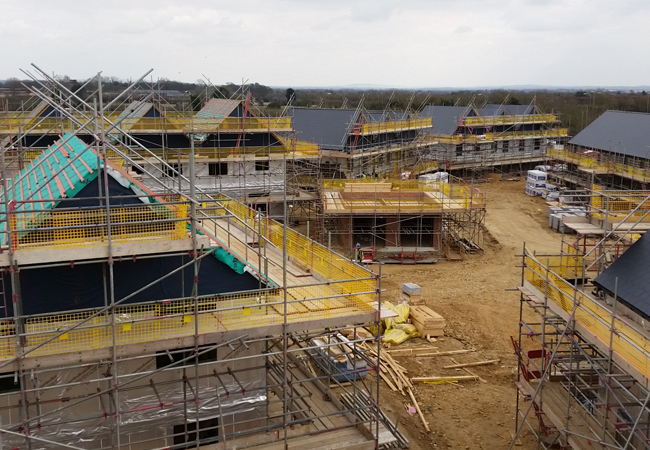 By identifying critical processes, key players and optimal times to intervene, Bepit creates a proactive focus that encourages communication within the team. It is facilitated and administered through a series of targeted meetings and workshops, similar to an onsite toolbox talk.

The beauty of the process is that existing knowledge within the delivery team is harnessed, so they are not just reacting to problems as they occur. The knowledge required to avoid energy performance problems is almost always held by someone in the team, but it is only if emerging problems are recognised early – and brought to their attention – that they can be solved.

We found that one of the main reasons for the energy performance gap is a lack of focus and awareness at all levels across the delivery team, and insufficient collaboration to address problems. Bepit solves this by scientifically examining the causes of energy inefficiency and codifying these in a single set of resources. If followed, these will have a real and measurable effect on the next generation of homes.

Bepit has a range of recommendations and toolsets, which describe where problems are likely to occur, and how to avoid or mitigate them at the design, procurement and construction stages. Its greatest impact, however, will be in offering a framework for communication, and for sharing experience and best practice.

We see Bepit as the start of a new era of collaboration within our industry, based on simple, easy-to-understand targets for energy performance, and a common language to reach this goal. Through collaborative contracting, reciprocal links between parties, and control maintained during the delivery process to achieve predictable outcomes, we can go beyond the requirements of compliance and aim for the ceiling, not the floor.

For owners and occupiers, it means lower heating bills, fewer carbon emissions, better ventilation and air quality, fewer draughts and less mould. For the industry, it means better construction, and significantly less time and money spent on remedial work – as well as being a significant safeguard to our reputation for quality and commitment to sustainability.