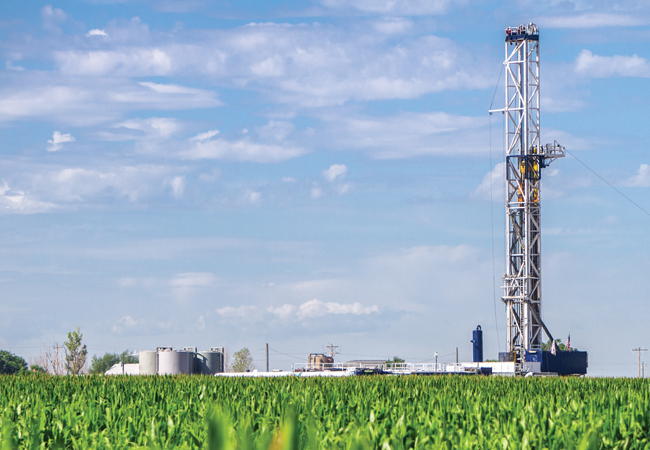 The Conservatives pledge to make ‘reliable, cheap and clean power’ available, but also support an extension of gas fracking

The Conservative Party has promised to ‘lead international action against climate change’ if it wins this month’s General Election.

Among manifesto pledges is an energy efficiency scheme designed to help large businesses cut energy consumption and lower costs. The ongoing commitment to installing a smart meter in every business and household by the end of 2020 remains, as does a promise to upgrade all homes to an EPC band C by 2030.

However, the manifesto makes no mention of measures to tackle air pollution and does not set a timetable for the much-delayed Clean Growth Plan, or the 25-year Plan for the Environment.

The Conservative’s Industrial Strategy includes the pledge to make ‘reliable, cheap and clean power’ widely available, with funding for further research into battery storage and electric vehicles. However, these sit alongside pledges of support for North Sea oil and gas, and an extension of gas fracking.

Specific measures to increase investment in vocational training are included and the skills agenda plays an important part in the manifestos of the Labour and Liberal Democrat parties. Labour pledges to double the number of completed apprenticeships at NVQ level 3 by 2022 and set up a ‘national transformation fund’ that will invest £250bn in infrastructure over 10 years. It also sets out plans to build 100,000 new council homes a year.

The Lib Dems promise a £100bn package of additional infrastructure investment and a ‘Housing and Infrastructure Development Bank, to mobilise low carbon investment’.

Alongside plans to generate 60% of electricity from renewables by 2030, the party announced plans to tackle air pollution.

Plaid Cyrmu has promised a £7.5bn investment in Welsh Infrastructure, and will support tidal lagoons. It has also pledged to reduce energy bills by establishing a Welsh energy company. The Green Party says it will replace fossil fuels with renewable energy, while UKIP says it will review all EU environmental legislation. SNP had not published its manifesto 2017 at time of going to press.