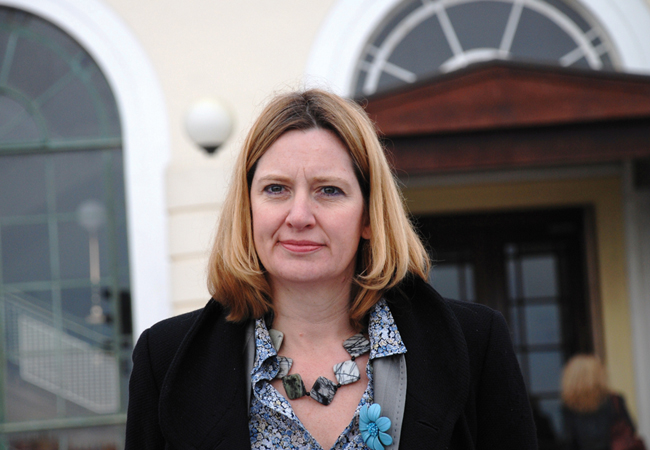 Energy and Climate Change Secretary Amber Rudd has come under fire for failing to address the need for energy efficiency in her latest policy statement.

In a number of high-profile speeches and radio interviews, she pledged to find a better ‘balance’ of energy production by consulting on closing all coal-fired power stations by 2025 and making new gas-fired plants a priority, while retaining a mixture of nuclear and offshore wind power. Rudd said this would create an energy system that ‘puts consumers first, delivers more competition, reduces the burden on bill-payers and ensures enough electricity generation to power the nation’.

She pointed out that the country was suffering from decades of under-investment in power generation, which had created a legacy of ageing, often unreliable, plant and continued reliance on coal, ‘the dirtiest fossil fuel’. ‘A higher proportion of our electricity came from coal in 2014 than in 1999,’ said Rudd (pictured). ‘So, despite intervention, we still haven’t found the right balance.’

She said opponents of nuclear power ‘misread the science… it is safe and reliable’. However, the challenge was to deliver low-cost energy– so ‘green energy must be cheap energy’. The minister pledged to hold ‘power auctions’ to support offshore wind generation with a view to growing capacity to 10GW by 2020.

However, CIBSE technical director Hywel Davies said that by focusing ‘solely on energy supply’, Rudd was missing a chance to ‘reduce the need for new generating capacity’. ‘Not using energy also puts consumers first, reduces the burden on bill-payers and ensures enough electricity generation to power the nation, so why is it not included in the statement?’ he asked.

The UK Green Building Council said energy efficiency had become the ‘Cinderella of government energy policy’. ‘Reducing demand has to go hand in hand with new generation and is the most cost-effective way to keep the lights on, control bills and tackle climate change,’ said campaign and policy director John Alker.

Building new gas power plants will not be enough to meet Rudd’s agenda, according to the Association for Decentralised Energy. Director Tim Rotheray said ‘putting productivity and efficiency at the heart of the reset’ would help to ‘decarbonise, improve security of supply and manage bills’.