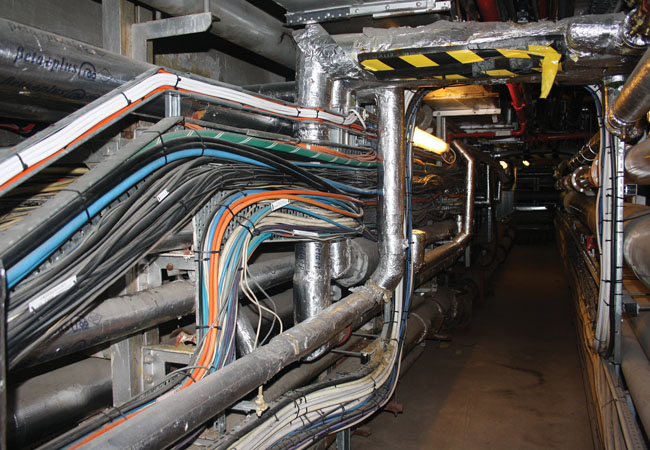 Historic corridors and ventilation shafts at the Palace of Westminster would make it easier for fire to spread, experts have warned.

The shafts and voids, which house most of the mechanical and electrical (M&E) services, were originally intended to move large volumes of air around the building. Now, without effective fire compartmentation between sections of the building, these Victorian chambers – some 200 metres long – provide an ideal route for a fire to spread quickly.

Compartmentation slows the spread of fire through a building, allowing time for occupants to be evacuated safely, and for firefighters with specialist equipment to get on site.

Although the fire security design team within Strategic Estates has been inserting fire-resistant partitions into horizontal voids, and sealing redundant vertical shafts and valves within the vaulting, these measures have not been comprehensive because of insufficient understanding of the ventilation infrastructure.

Schoenefeldt is currently carrying out a systematic investigation of the historic infrastructure, which is being used to help identify gaps and improve compartmentation.

But he said there is little to prevent fires from spreading vertically through the Palace’s 98 risers, used for modern services, and the 2,000 shafts embedded within the walls, originally used for air supply and extraction.

The decision to give the £3.6bn R&R project the go-ahead was postponed when Theresa May called the General Election.