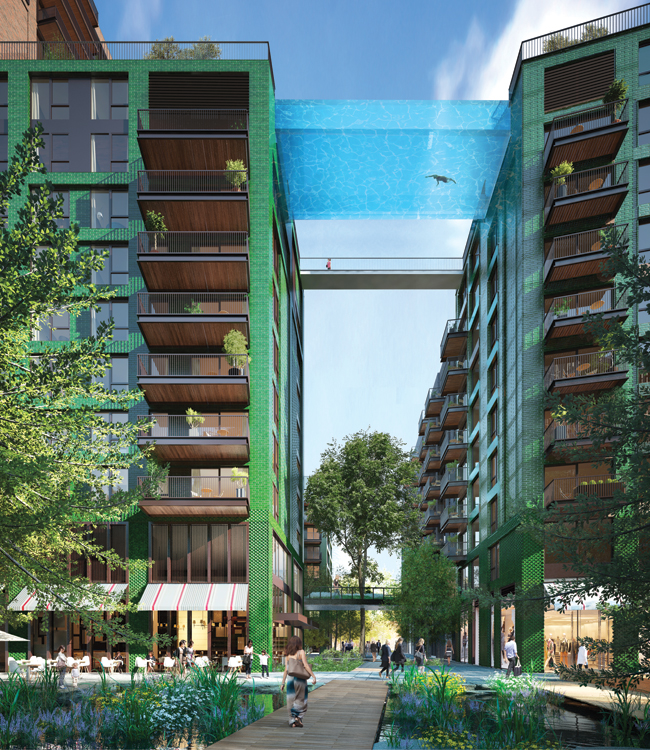 A breathtaking 25m swimming pool suspended between two residential towers has been proposed for a site opposite the new American Embassy in Nine Elms, London.

The ‘Sky Pool’ is the brainchild of Sean Mulryan, the CEO and chairman of Ballymore, which is developing the 2,000-home Embassy Gardens site in partnership with Eco World. Mulryan says swimming in the transparent pool would be like ‘floating through the air in central London’.

Designed by Arup Associates, with input from structural glass specialist Eckersley O’Callaghan and aquarium designer Reynolds, the pool will allow residents to swim between the two buildings. It will be 5m wide and 3m deep, with water to a depth of 1.2m.

After a dip, users can make use of a spa, summer bar and Orangery situated on adjacent roof terraces.