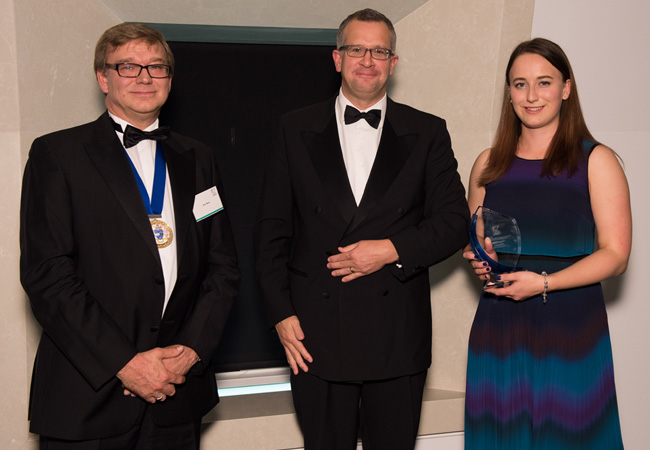 Kaitlin Allen, from the University of Nottingham, won the CIBSE Undergraduate Award and a prize of £500. Allen studied for a MEng in architecture and environmental design, and won the accolade with her final year project, entitled ‘Smart Windows – a window for dynamic control’.

The award, sponsored by Hays Building Services, is designed to encourage students to develop their potential and aim for excellence. It is presented to those in their final year of a building services course accredited by CIBSE, and recognises their academic achievements.

A trophy was also awarded to the University of Nottingham to acknowledge its achievements, while Jolyon Axelrod, from London South Bank University, and Aimee Desert, from the University of Sheffield, were runners-up in the category and each received a prize of £100.

This accolade, which recognises excellence in the teaching of building services engineering, was this year presented to the Royal School of Military Engineering. The award was accepted on behalf of the school by Lieutenant Colonel Steve Lumley.

The nominations panel gave silver medals to Christopher Northey, Kevin Kelly and John Anderson, in recognition of their contribution to the industry.