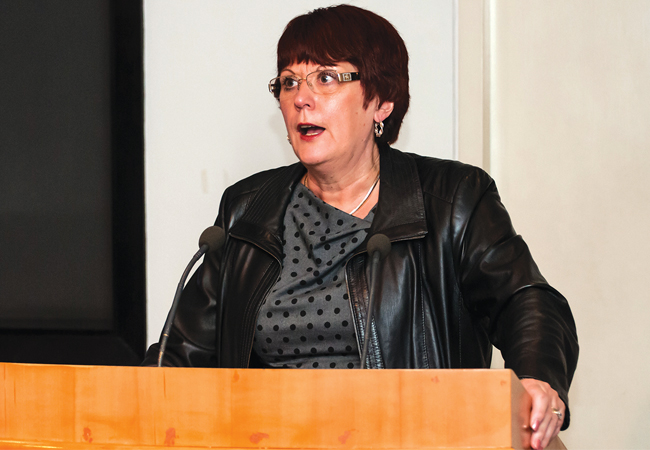 ‘Dame Judith [Hackitt] stated that the current system for ensuring safety in buildings was broken – that is not a phrase to use lightly,’ he said. ‘Reform is inevitable because history shows that every other sector to have experienced a major disaster has been subject to significant regulatory changes. Building safety is the highest legislative priority for England after Brexit.’

Davies said more than 100 civil servants were working full time on the building safety programme and the Communities Secretary, James Brokenshire, had committed to bringing forward legislation ‘at the earliest opportunity’. A full technical review of Part B of the Building Regulations (covering fire safety) is also under way. Parts L and F will also be reviewed this year, including the problem of overheating in buildings, and the Department for Business, Energy and Industrial Strategy is developing a strategy for decarbonising heat that may include replacing natural gas with hydrogen.

Hackitt has challenged the industry to come up with a more rigorous system of oversight for professional competence, and Davies thinks it could lead to the creation of a body for construction similar to the General Medical Council, which oversees doctors’ competence.

‘The key message is that business as usual is simply not an option,’ said Davies. ‘Construction managed to remain impervious to major change initiatives in the past – such as those spearheaded by Sir Michael Latham and Sir John Egan – but this time will be different. The legacy of Grenfell will be that construction has no alternative but to embrace reform.’

While leaving the EU will have some impact on UK environmental legislation, Davies believes most EU measures will remain in place because they are essential to the success of the Climate Change Act.