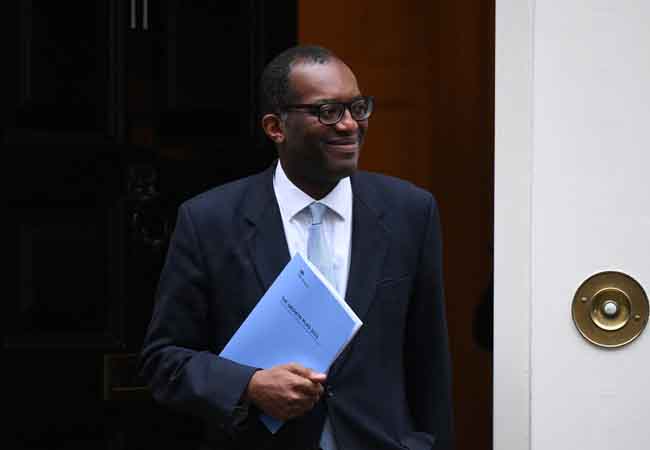 Chancellor Kwasi Kwarteng on his way to deliver his mini Budget

Kwasi Kwarteng has promised more than £1bn of funding for energy efficiency in his mini Budget.

Support, worth £1bn over the next three years and starting from April 2023, will be targeted at the most vulnerable, but will also be available for the least energy efficient homes in the lower council tax bands.

The government will also open applications ‘imminently’ for up to £2.1bn of funding over the next two years to support local authorities, housing associations, schools and hospitals to install energy efficiency and renewable heating measures.

The growth plan includes a pledge to relax planning rules in England for onshore wind farms, bringing them ‘in line’ with other infrastructure so that they can be deployed ‘more easily’. This relaxation is part of a wider drive, outlined by Kwarteng, to accelerate priority infrastructure projects, such as roads and offshore wind farms.

The plan was published the day after Jacob Rees-Mogg, Kwarteng’s successor as Secretary of State for business, energy and industrial strategy, announced that the government is lifting its moratorium on fracking for shale gas.

Environmentalists have expressed concern over the appointment of Rees-Mogg, who has been accused by shadow climate change secretary Ed Miliband of ‘flirting’ with denial of the climate crisis.

However, they have welcomed the appointment of Graham Stuart as minister of state for climate; he has called for ‘immediate global action’ to tackle global warming.

The mini-Budget follows the government’s announcement, on 7 September, that it will cap household energy bills at £2,500 for the next two years, while offering equivalent support for businesses over the next six months.