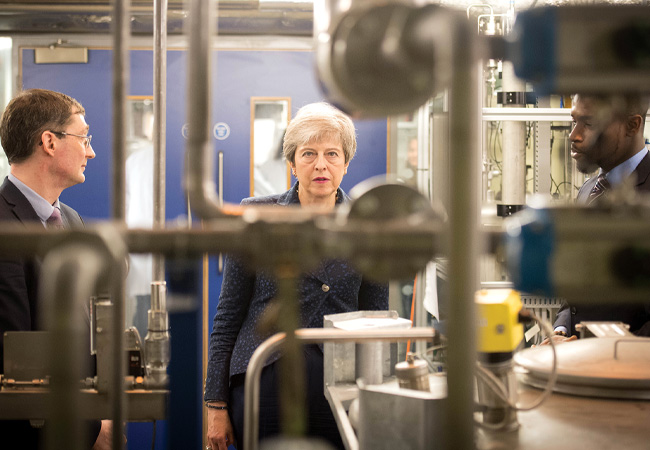 In one of her last acts as Prime Minister, Theresa May committed the government to achieving the net-zero carbon targets recommended by the Committee on Climate Change (CCC). She unveiled a statutory instrument to amend the Climate Change Act of 2008 to account for a net-zero target by 2050 saying: ‘Now is the time to go further and faster to safeguard the environment for our children. This country led the world in innovation during the Industrial Revolution and we must lead the world to a cleaner, greener form of growth.’

The CCC said the construction industry had little more than a decade to ensure all new buildings are net-zero carbon if the longer-term goal is to be met. The sector would also have to move away from fossil-fuel-based heating and improve the energy efficiency of existing buildings, while accelerating adoption of heat pumps to replace boilers and the take-up of district heating and hydrogen.

Julie Godefroy, CIBSE technical manager, said: ‘The CCC have made clear the scale of the challenge; we need to deliver buildings that are zero-carbon, and tackle existing building stock. There are significant opportunities for health and wellbeing, from green infrastructure to air quality.’

BSRIA said the task was ‘challenging given that the UK is significantly behind the targets set out in the fourth and fifth carbon budgets’.

Besa believes the target is ‘eminently achievable’ and should not require people to make sacrifices, or slow economic growth. Chief executive David Frise said: ‘Investment in low to zero carbon technologies will be a significant contributor to our economic prosperity.’