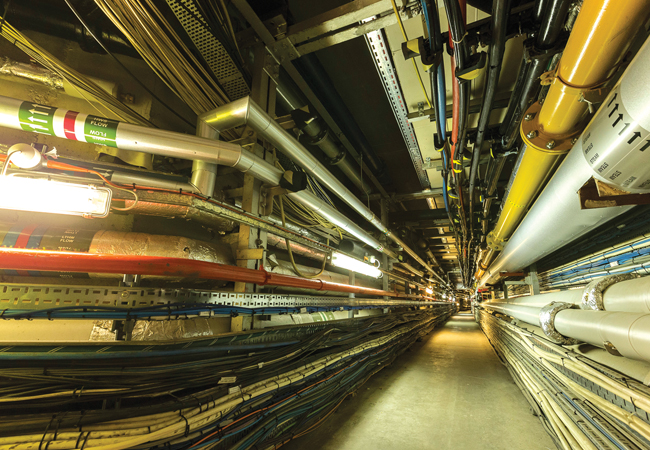 It wants the Department of Health’s headquarters to host MPs, with Lords moving to the QEII conference centre.

The committee, which CIBSE gave evidence to, found that complete and sudden failure of M&E services is a real possibility. This could be a single, catastrophic failure, such as the complete loss of electrical power to one of the Chambers, a devastating fire, extensive flooding, or a gas leak requiring a total evacuation.

All of the facilities – electricity, IT, comms, sewage, fresh water, high pressure steam, central heating – have been laid one over the other during the ‘patch and mend’ maintenance since the 70s, while much of the 715km of cabling at the Palace is not labelled and nobody is quite sure where it all leads.

Also, steam and electrical systems adjacent to each other present an unacceptably high risk to safety and of failure.