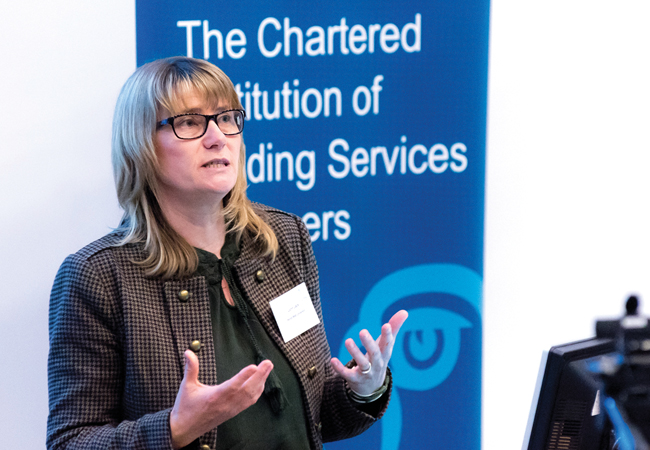 Professor Lynne Jack will become CIBSE’s first female president when she takes office next year. The director of Heriot-Watt University’s Royal Academy of Engineering Centre of Excellence in Sustainable Building Design is president elect for 2018-19, and her appointment is regarded by CIBSE President Stephen Lisk as a massively overdue, positive change for the Institution.

‘We are an institution that needs to be representative of its membership, and I am delighted my successor will be CIBSE’s first woman President. I look forward to working with Lynne in the coming year,’ he said.

Susie Diamond, founding partner at Inkling, said the prospect of a female President was of huge importance, because she will be a figurehead for the organisation.

‘It matters because we are not attracting enough new talent into the profession, and increasing diversity has concrete business benefits,’ said Diamond.

‘It’s hard to be the first [female President], but the second time will be easier. It matters because it is 2018 and because actions speak louder than words.’