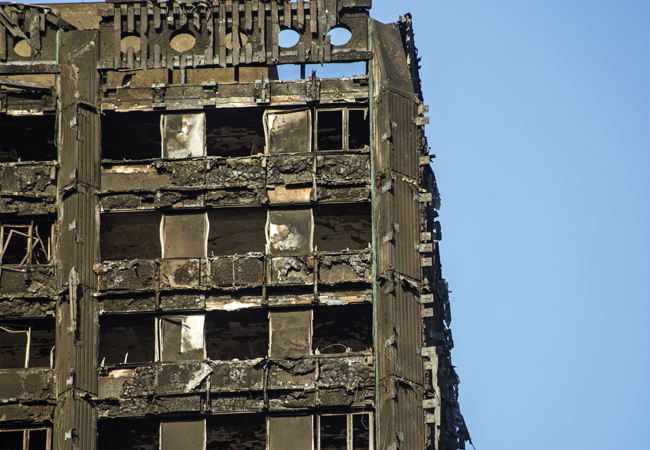 The government is consulting on changing legislation to enforce a combustibles ban for high-rise buildings. It proposes prohibiting the use of material that is not class A1 or A2 in any part of the external walls, at any height, of ‘flats and similar building uses’ over 18m high.

Currently, Building Regulations allow the external surfaces of high-rise walls to be ‘Class 0’ materials and insulation to be ‘limited combustibility’.

‘Dame Judith Hackitt’s review has identified serious systemic failings with the construction industry and the regulatory system, and has proposed a radical approach to address them,’ the consultation document said.

The government proposes making the change by amending the Building Regulations 2010, rather than through guidance. Failure to comply with the ban would result in prosecution and unlimited fines.

To respond to the consultation, which closes on 14 August, visit bit.ly/CJJul18cladding