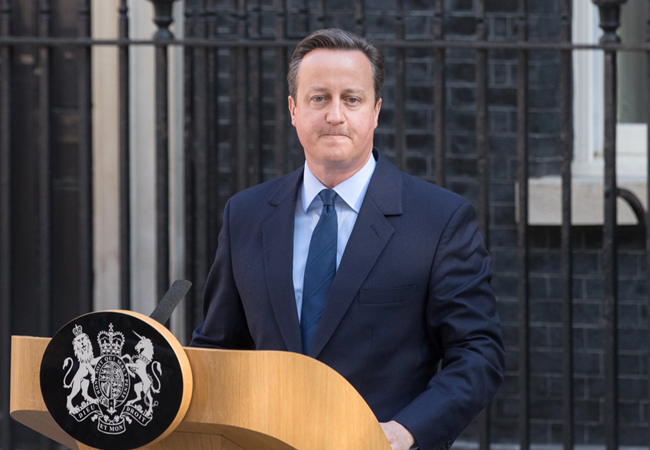 A wave of uncertainty has hit the construction industry after the UK voted to leave the European Union (EU) in the referendum on 23 June.

Industry experts have expressed concern about what the vote will mean for UK’s infrastructure, investment, skills and the environment.

Hywel Davies, CIBSE technical director, said: ‘The vote to leave creates enormous uncertainty that will distract many in UK construction and engineering from the significant challenges that face the MEP sector worldwide: digitisation of the sector and the drive for greater resource efficiency together with the demand for the skills to deliver. ‘

Dorte Rich Jørgensen, sustainability consultant engineer at Atkins and member of built environment think-tank The Edge, was concerned about the loss of EU funding in the sector.

She said: ‘Businesses need stability and investment, and there is uncertainty about how this will impact UK commerce, jobs and prosperity.’

Up to 60% of funding for some infrastructure projects – such as Crossrail and HS2 – comes from the EIB, which last month also announced £280m of funding for the expansion of UCL facilities and £700m of finance for the Thames Tideway Tunnel.

There are also fears that the London economy could be impacted by the vote to leave, reducing engineering output.

Other engineers warned there may be fewer opportunities for UK firms in the EU unless they already had offices in Europe, and that the outcome would affect industry’s ability to recruit engineers.

The cost of labour is set to rise significantly according to some housebuilders, whose shares fell by up to 40% following the Brexit decision.

Monika Slowikowska, founder of Golden Houses Developments, said: ‘The cost of labour in construction has increased by an average of 8% in the last six months and it’s set to keep rising. By leaving the EU, and based on our projects, we predict that this could increase by an extra 15 to 20%,’ she said.

Brian Berry, chief executive of the Federation of Master Builders, added: ‘If ministers want to meet their house building and infrastructure objectives, they have to ensure that the new system of immigration is responsive to the needs of industry.’

The Leave vote means we will have to look again at the Energy Performance of Buildings Regulations in the UK, which deal with energy labelling and nearly zero energy buildings.

Robert Cohen, director at Verco, said: ‘We could have a better tailored set of regulations, but is there the ambition to have a far-reaching policy as we had when influenced by the EU directive?’

The Climate Change Act establishes a target for the UK to reduce its emissions by at least 80% from 1990 levels by 2050, but Cohen questioned whether it will survive under a new government.

The UK’s energy security is also uncertain, said Michael Grubb, Professor at UCL’s Institute for Sustainable Resources. He said the ability to import cheap energy from adjoining European countries will be diminished if a trade deal cannot be struck.

Grubb said: ‘You require a physical connection, and the only entities we can connect to physically are mainland European continents. There is no possibility of offsetting electricity trade losses with the continent, by trading electricity elsewhere’.

Davies said: ‘We must stay focused on addressing the challenges of digitisation, resource use and skills while working through the consequences of the vote.’

Jørgensen added: ‘We need to use this to our advantage and as an opportunity to raise our game.’