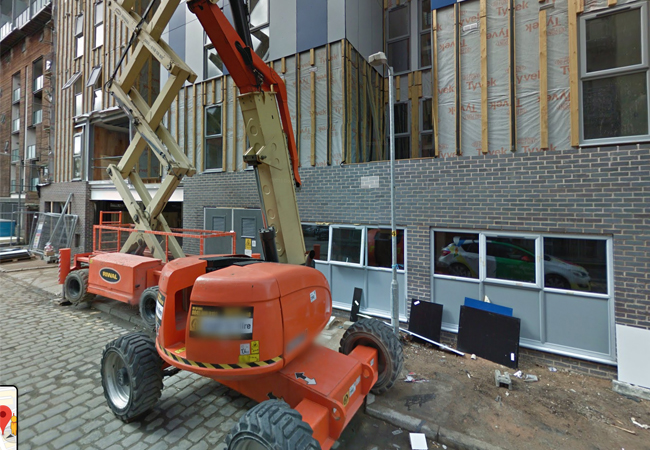 A student accommodation complex in Bolton that was gutted by fire last month was reportedly clad in a flammable material, but not the same type used on Grenfell Tower.

It is understood that The Cube was clad in a high-pressure laminate (HPL) material made from wood pulp, which is no longer permissible on new buildings.

Greater Manchester Fire and Rescue Service (GMFRS) confirmed The Cube had been checked following the Grenfell disaster to make sure it did not have the same aluminium composite material (ACM) cladding used on the London tower block, where 72 people died in the fire on 14 June 2017. It added that it was now initiating a ‘complex investigation’ into the blaze, which rapidly spread outside the top floor of the six-storey building.

‘Following the fire, our investigation will consider the materials used within the external wall construction and what, if any, role these materials played in the development and spread of fire,’ a GMFRS statement said.

Phase 1 of the The Cube is classified as a high-rise building, but Phase 2 – where the fire took place – is less than 18 metres high, so

is not classified as a high-rise building under post-Grenfell rules. Buildings over 18 metres are subject to additional safety requirements, such as having a fire-fighting shaft and ensuring increased fire resistance in the steel structure.

The owners of The Cube had carried out remedial work on the complex as a result of the 2017 inspection and after a GMFRS request.

Martin Kealey, chairman of the CIBSE Guide E Steering Committee, welcomed the success of the simultaneous evacuation strategy, in which no-one was seriously hurt.

However, Kealey pointed out that CIBSE and Riba would also like to see sprinkler systems specified on all such types of residential premises.

While the fire alarms were triggered and alerted occupants to the blaze, some students reported that alarms were initially ignored because of the high frequency of false alarms in the building. Kealey suggested the deployment of heat sensors as well as smoke detectors in rooms, to localise smoking-related alerts and minimise false alarms across the premises.

A year ago, government banned combustible cladding in the external walls of new buildings over 18 metres high. However, Kealy said: ‘Having an 18-metre rule doesn’t fix the problem. It needs to make it clear you can’t specify combustible material on high, medium or low-rise buildings.’

Meanwhile, the Fire Protection Association (FPA) has called for a total ban on the use of combustible materials on buildings, irrespective of height. An FPA statement said the fire provided ‘a stark reminder that the problem facing UK fire safety is the result of many issues and not just Grenfell-style ACM cladding’.

The FPA is calling for a number of measures, including the combustibility ban to be based on risk rather than height, and the mandating of high integrity alarm systems to avoid false alarms as well as sprinklers in high -risk environments.