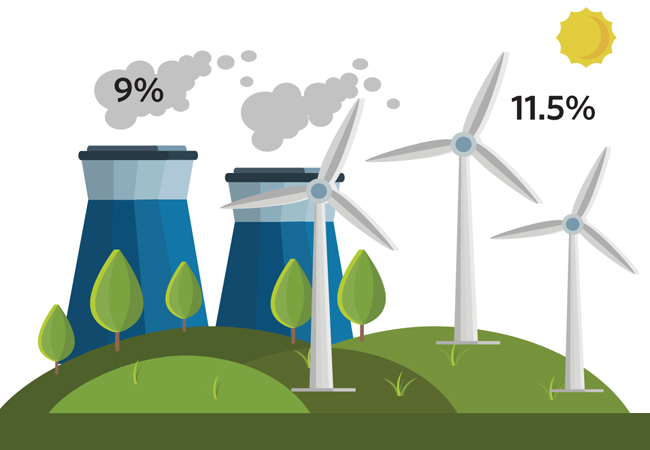 Total UK electricity generated from coal and wind power in 2016

Only 9% of UK electricity came from coal generation in 2016 – down from 22.6% in 2015, according to analysts Carbon Brief. Wind power accounted for 11.5%. On Christmas Day, more than 40% of the country’s electricity came from renewables, according to power-station operator Drax – a 63% increase on the same day in 2015. Biomass generation, meanwhile, had quadrupled compared with the same day in 2015. Three-quarters of the renewable energy used on Christmas Day was from wind turbines – 31% of the UK’s needs.

From April to September, electricity generated by solar panels outstripped Britain’s coal-power stations for the first time, including one day in May when no power at all came from coal.