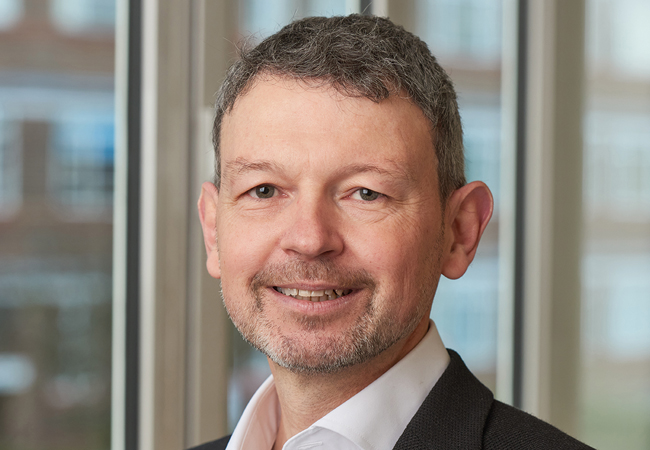 CIBSE’s new President, Kevin Mitchell FCIBSE, has a clear goal for his year in office. He is calling on Members of the Institution to inspire the next generation of engineers to deliver the net zero buildings of the future.

The President’s challenges are part of CIBSE’s 125th anniversary celebration and will be prominent at upcoming events, including Build2Perform, the Building Performance Awards, the Technical Symposium, and the Young Engineer Awards. Mitchell is keen that building services engineers shout loudly about the achievements and opportunities the sector has to offer.

‘The work we do is phenomenal, but we’re not as vocal as we could be about the role that we play,’ he says. ‘CIBSE and our Members are central to so many crucial elements in the delivery of projects such as energy efficiency, building safety, and health and wellbeing. I want to create a buzz and momentum.’

Mitchell is calling for engineers who were supported at the beginning of their careers to ‘pay forward’ and inspire the next generation. This could be through mentoring, sponsorship or the setting up of a CIBSE Training and Development Scheme. Without mentors and support in the early part of his career, Mitchell says he would never have become a building services engineer, or have been given the opportunity to progress his career across a range of sectors all over the world.

He first became aware of building services during a chance meeting with Hoare Lea Partner Alan Knight. Mitchell had completed a pure mechanical engineering degree and was considering his options. ‘I told him I fancied working at a sports car manufacturer and he said: “Don’t do that. You’ll end up designing exhaust pipes your whole life. You should become a building services engineer”.’

Mitchell was invited to the Hoare Lea office and was soon given a full-time job. He cut his teeth on a diverse range of projects, including schools, offices, and – happily for Mitchell – Formula 1 engine test facilities. He also had the opportunity to work on hospitals, which he particularly enjoyed as it meant doing something ‘really helpful for society’.

Having started at Hoare Lea in Plymouth, Mitchell moved to the consultancy’s Bristol office, where he started as a graduate engineer under the tutelage of former CIBSE President Terry Wyatt.

One of the great things about our profession is that it is really broad and so accessible. There are so many skills… [and] an unlimited number of routes in

‘Terry got me thinking about the impact of what we do and how it affects the people who occupy the building and the communities they form. It’s not just about delivery,’ says Mitchell, who worked with Wyatt on a number of projects. ‘I would do the simulations and Terry would come up with the big idea.’

It’s never just the youngster or the older, wiser people who achieve success: it’s the combination, adds Mitchell. ‘I operated the computer that Terry wouldn’t understand, but it was Terry who knew what questions to ask. It was really interesting. Over time, he motivated me to ask questions and find the answers myself.’

Hoare Lea helped progress Mitchell’s career by sponsoring him to do a Master’s building services degree at London South Bank University. Here, he met ‘fascinating’ people from the world of academia, including professors Graeme Maidment and Tim Dwyer, who was the building services course director at the time. ‘Their academic rigour gave me a much greater depth of knowledge. To be able to get involved in lab projects and learn about the theory of building services was brilliant,’ says Mitchell. 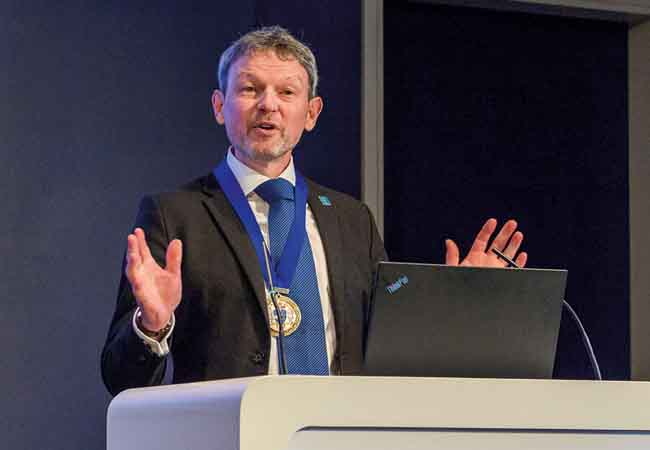 With such a wide range of experience across academia and industry, it was no surprise that Mitchell won the first CIBSE ASHRAE Graduate of the Year Award in 1996. He also presented a poster on displacement ventilation at an early incarnation of the Technical Symposium in the same year. Mitchell says this was made possible because of the encouragement Wyatt gave him at Hoare Lea.

During his seven years at the consultancy, Mitchell did an MSc (on displacement ventilation), and worked on a wide range of prestigious projects, including the Principality Stadium in Cardiff. Here, he undertook computational fluid dynamics analysis to ensure the design allowed enough air movement for the grass to grow. He also put his research into practice, with a lot of chilled beam and displacement ventilation projects.

In 1998, Mitchell changed tack and moved to Amec Design and Management, a multidisciplinary engineer based in Stratford upon Avon. ‘At the time, that was seen as a risky move. Hoare Lea was very well known and Amec less so. What drew me there was that it was a complete multidisciplinary outfit with QSs [quantity surveyors], PMs [project managers], architects, process engineers, civil engineers, structural engineers, and building services engineers. It meant you were in teams where the disciplines were working together.’

Close collaboration was essential because of the exacting demands of the pharmaceutical and healthcare sectors in which Mitchell was working. ‘These sectors really needed good engineering and well-coordinated teams,’ he says.

Not only did Amec allow him to experience every facet of construction design, it also gave him the opportunity to relocate overseas. In 2001, Mitchell established a pharmaceutical team in Toronto, which resulted in him working  with structural, process and building services engineers, as well as architects.

‘I enjoyed working overseas,’ he says. ‘It enabled me to understand how projects are delivered in other parts of the world, and to observe patterns and similarities.’

Mitchell returned to the UK, but only for two years. He then joined Buro Happold and departed for Dubai in 2008, at the height of the Middle Eastern construction boom. Part of his motivation was the chance to bring sustainable design to the region. However, he found there was an ‘awful lot’ there already, and it wasn’t always possible to implement. ‘I may have been naive,’ he admits.

Nevertheless, Mitchell enjoyed working and living among the expats and other engineers from all over the world – many of them CIBSE Members – and became a partner and country director for Buro Happold. He returned to the UK and moved to Mott McDonald in 2016, as building services practice leader for the UK. Within a year he was working in the same role globally, providing technical leadership to a team of 800 building services engineers. 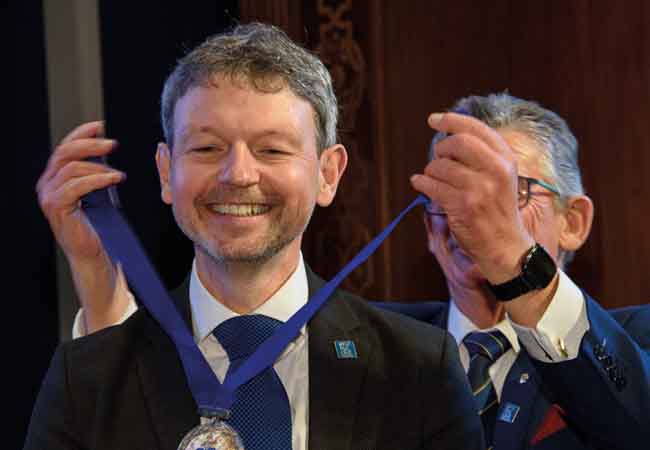 With a dearth of engineers to deliver the rapid changes needed to decarbonise buildings, Mitchell is keen that his five challenges raise the profile of the industry and attract new talent. He believes CIBSE Members, by sharing their stories, can get to people who may never otherwise hear about building services engineering, such as aeronautical and chemical engineers, and mathematicians.

‘One of the great things about our profession is that it is really broad and so accessible. There are so many skills required. There’s an unlimited number of routes in,’ Mitchell says.

He believes young people and new career starters can have an energising effect on the industry: ‘It’s really exciting to hear different viewpoints; it makes more established groups think and listen.

‘There’s something in human nature, I believe, that makes us feel very comfortable with doing the same thing as we always used to do, but we know that’s not right. When the more experienced engineers work with young professionals, they can learn as much.’

It works both ways, however, says Mitchell. ‘We musn’t also forget the contribution of the older generation. While the focus is to encourage the next generation, the older population are getting fitter and extending their careers.’

He believes that’s why some people are joining an engineering career later in life. ‘It’s lifelong learning, not just for people who are young,’ he says.

‘A few years ago, I was talking to one of my partners who said they would be working until they were 70. I thought that was brilliant.’ 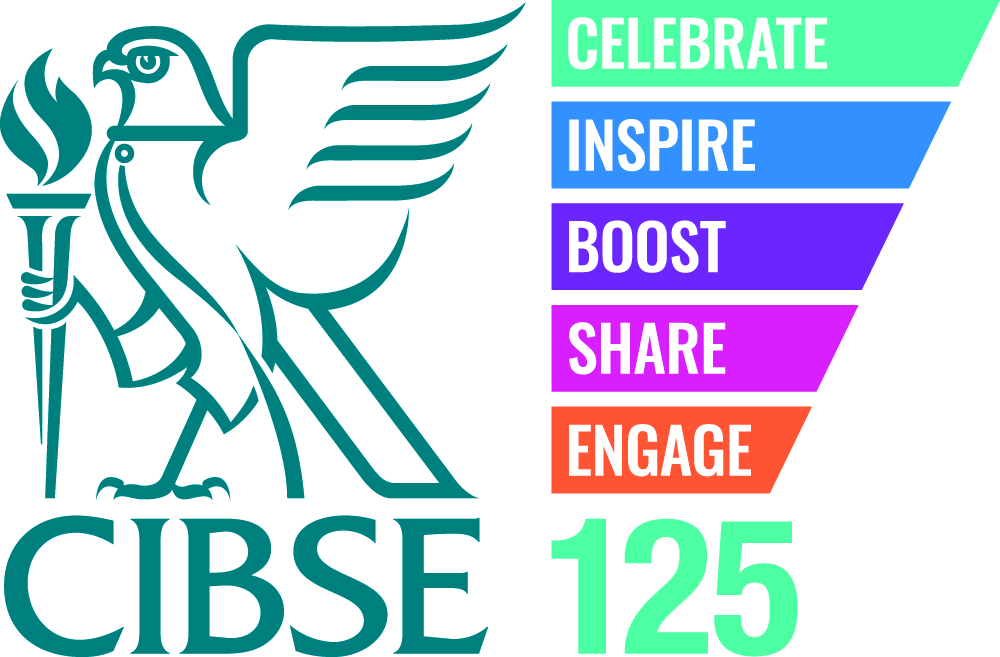 Share your icons, whether it be an invention, technique, technology, publication, group, or someone who taught or mentored you – and, crucially, inspired you. CIBSE will compile a shortlist and announce it at the 125th President’s Awards Dinner in October 2022. Tell your story on social media #CIBSE125 #BSEHeroes.

3  Boost – the development of early career engineers
Companies can help by setting up a reverse-mentoring scheme, an exchange programme, a shadow board, or a CIBSE Training and Development Scheme. Part of the journey is for them to become professionally registered at IEng, EngTech or CEng, and for firms to connect, encourage and sponsor early career engineers. Nominate those in your sphere for awards, including the CIBSE Young Engineer Awards.

5  Engage – with your peers to share climate impact reduction knowledge
All building services engineers must understand how their work can improve outcomes for the built environment. So, increase your understanding of net zero buildings and how your work can positively impact climate change. During 2022/23, challenge yourself to do 10, 20, or 30 hours of CPD, and record it in the CIBSE CPD portal. What have you done lately, what did you do, how can someone else do it? Share the knowledge, share the impact, make a difference.