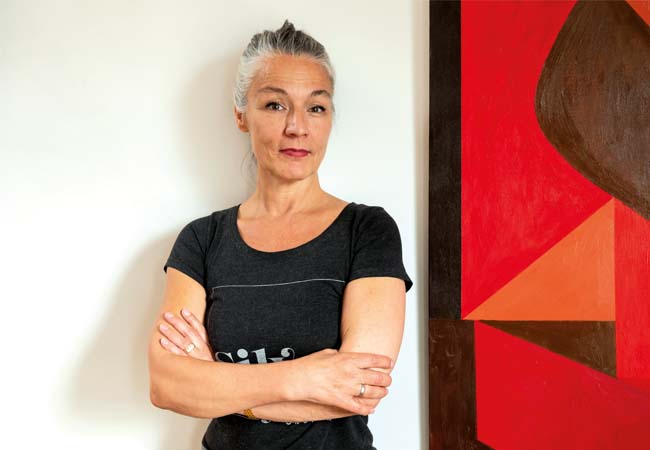 The past 18 months of the Covid pandemic has seen profound changes in the way we work, with many people reassessing their careers and taking on bold new challenges.

One of them was CIBSE’s 2021 Engineer of the Year Sasha Krstanovic FCIBSE who left her job of 16 years at Aecom to start her own company in the midst of lockdown last year.

Krstanovic worked for some of the biggest building services engineers in the UK including Hoare Lea, BDP and Aecom before starting mstep with two partners, Cristiano Michelena and Fiona Esler. The fledgling building services consultancy works on new-builds, but mainly specialises in decarbonising existing building stock.

‘I never thought I would say this so soon in the 21st century, but new buildings are easy to get to net zero. However, there is an energy-intensive network of buildings that need to be operated properly,’ says Krstanovic.

Mstep’s founding core values of equity, inclusion and responsibility are reflected in the work it is doing to decarbonise buildings in communities that don’t have the finance – or knowledge – to improve their properties.

It is currently developing an assessment tool to help councils prioritise the decarbonisation of their building stock.

‘Councils need help,’ says Krstanovic. ‘There are four million council homes in the UK. If local authorities are to hit net zero targets by 2030, then they will have to look at reducing carbon in their existing homes.’

Mstep stands for Mind, Skills, Tools, Environment and Planning, and it’s no coincidence that the thinking comes first.

‘We as engineers are inventors, thinkers, tinkerers,’ says Krstanovic. ‘It’s a waste of talent if we always default to the way things have been done before. I really don’t like lazy engineering, where we won’t look at something if someone says it won’t work.

‘For example, engineers will specify fan coils because in tall buildings agents will say clients don’t want anything else, but that’s crazy,’ says Krstanovic. ‘We’re the engineers, and we’re meant to be suggesting what’s better for the building, the owner and the world. It’s a waste of talent if we don’t.’

All four full-time mstep staff work from home, with Krstanovic based in her North London family home of more than 20 years that she shares with her scuba diver husband and ‘techy/arty’ younger child. Her eldest son is studying ocean science in Plymouth.

By her side on my visit were her two doting dogs Tia a Hungarian Vizsla and Zhuchka, a ‘Serbian street dog’.

Krstanovic is a keen diver and director of the London Diving Centre, where she manages the social media channel. She says diving brings her closer to the environment and has made her aware of the responsibility of humans to protect the oceans.

She is a keen supporter of flexible working and believes office space is too valuable in terms of carbon and energy for someone to ‘be sitting in a chair all day writing emails’. Rather, she says, they should be reserved for creative collaboration and the exchange of ideas.

‘I believe organisations will get the best out of people if they support their lifestyle, whether that be working nine to five in the office, working from the beach or anything in between.’

She believes Covid has accelerated the move to more flexible working though she believes construction was becoming more receptive to home working even before the pandemic. At Aecom, where Krstanovic was a director, a Freedom to Grow plan gave 70,000 staff the opportunity to work where they liked.

Flexible working is particularly beneficial to women and families, says Krstanovic, who has long been a champion for women working in construction (see panel ‘Mentoring’).

The judges at the Building Performance Awards recognised Krstanovic’s progressive, far-sighted approach to multidisciplinary collaboration and learning. ‘Sasha’s view that the challenges we face as an industry must be tackled not only with skills, but with a completely different mindset, is very refreshing and inspiring,’ they said.

Krstanovic says her experience working in large consultancies has taught her the value of a collaborative, open approach to design, where multiple disciplines all contribute to a project from the earliest stage. She says this is where engineering thinking can have the greatest impact.

‘I’ve been told by engineers that the concept stage is green and fluffy but, just because the concept has no straight lines, doesn’t mean that a great deal of thought hasn’t gone into it. That’s where we have the opportunities to deliver healthy, safe and efficient buildings,’ she says. 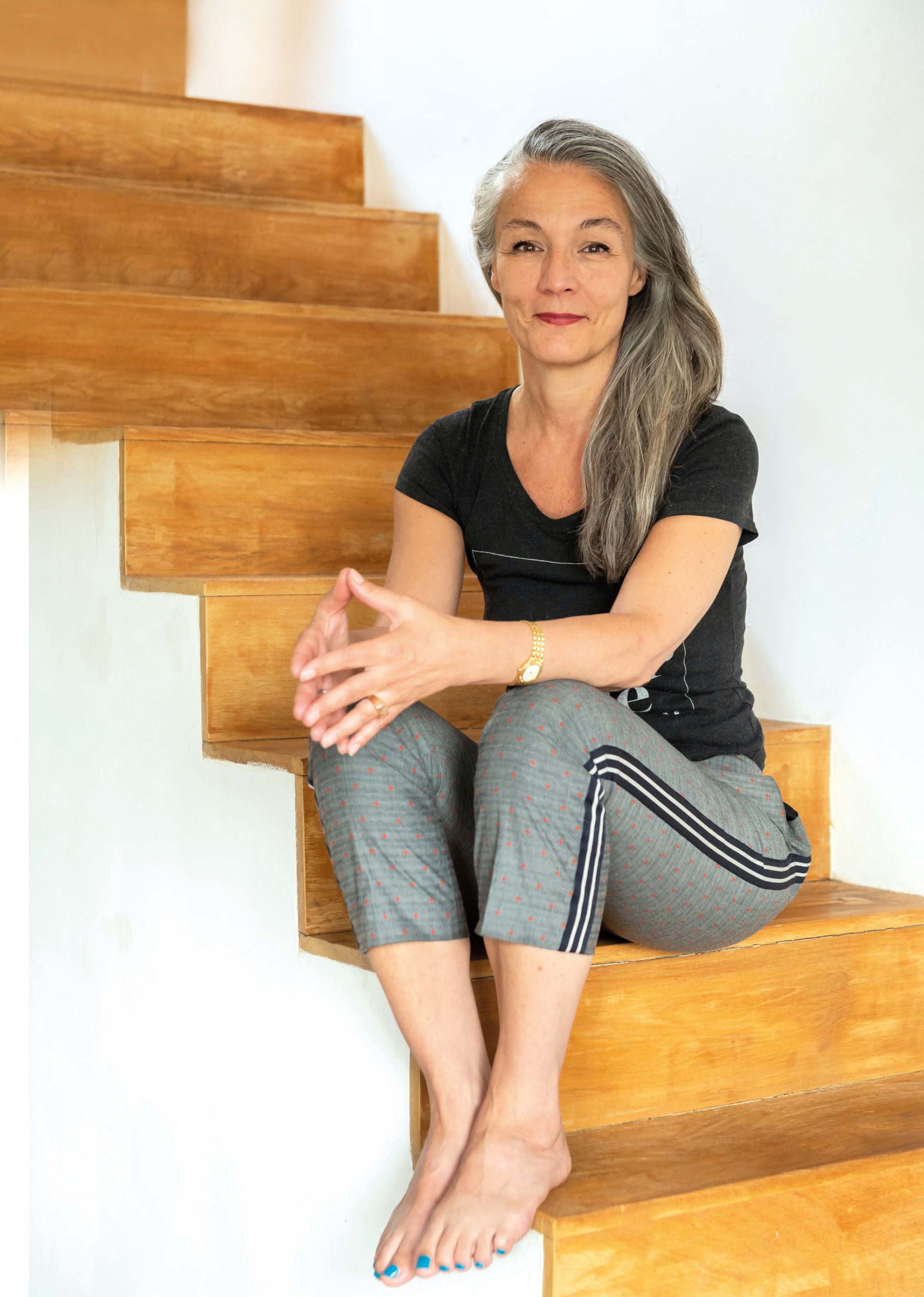 ‘Someone asked me recently “how do you ensure renewables don’t break the budget?” The answer is you sit down with the design team, discuss the brief and its challenges, and then test options while being deeply honest with each other. The budget will move round to meet the requirement of the brief.’

Krstanovic believes you can only input successfully at the early stage if you have knowledge of the whole design process and understand the input of other disciplines. That way, trust can be built between team members.

‘You need to establish trust with an architect that you are asking only for the space you need, and that you won’t be the person recklessly pulling ductwork through their work of art,’ she says.

Partnership working extends to the mstep office, too, says Krstanovic. ‘No-one’s decision is more important than anyone else’s. There’s no hierarchy. We agree by consensus.’

She says services engineers are now much more closely involved in early design than at the start of her career when they weren’t bought into the process until Stage B or C – too late to integrate sustainable design.

She believes the education system is helping by increasingly integrating engineering with other disciplines.

‘It’s getting better, and there are now good multidisciplinary courses that get architects to work with engineers and structural services early on,’ says Krstanovic, who has taught at Nottingham and Loughborough universities.

She is a keen proponent of post-occupancy evaluation and believes all buildings should have a feedback mechanism. While at Aecom she co-created the Better Buildings Group, which led to new design standards that include sustainability and build performance checks in reviews at each stage of the project.

‘Post-occupancy evaluation is a brilliant thing. It’s a learning opportunity and offers the chance to fix issues. The best buildings I have been involved in are the ones I still go back to today,’ says Krstanovic.

‘I would like to see a world where it’s not sold as a separate big package – it’s not easy for someone to approve several thousand pounds to sniff around your building,’ she says. ‘It needs to be woven into a process a lot earlier.’

Krstanovic is keen that buildings using new technology are closely monitored. ‘With new technology, if the building fails, new products will be blamed. Often there is no aftercare, and no-one to asks if things aren’t working,’

With her experience working collaboratively on project briefs, it is unsurprising that some of mstep’s work is on the client side, including a prestigious project advising the UN on its Geneva office retrofit.

‘Everyone understands the value of project managers and architects on the client side, but now people are also beginning to understand the value of engineers informing the brief,’ she says. ‘Architects stay with their concept to the end, otherwise elements get changed on site, and nobody wants to sign off the project. We should be more like that. There needs to be an engineer from beginning to end to make sure the concepts don’t get diluted,’ she says.

The work with the UN chimes with mstep’s founding values and it is also committed to UN Sustainable Development Goals (SDGs) ‘I’m a hippy. I like to be at the centre of the world’s peacemakers,’ Krstanovic says, smiling. ‘Working with the UN is a massive honour.’ In line with the SDGs, mstep has been working with community energy groups to decarbonise existing housing stock.

It is collaborating with not-for-profit community group Power Up North London (PUNL) and is looking at creating a development assessment tool, which will enable councils to make informed decisions about the buildings they should tackle first.

It is using information from display energy certificates to help create the tool, which mstep says will enable councils to make decisions about 70% of their stock, without having to spend money on individual surveys.

With an accurate energy assessment of stock, Krstanovic says councils can prioritise tenants affected by fuel poverty and groups such as PUNL will be able to attract private-sector funding and apply for grants.

Krstanovic is keen to make a difference in her new venture, particularly to those with no means of decarbonising their building stock.

‘You have to put your knowledge where it is useful, for the greater good,’ she says. ‘Even if something else might be more interesting and better paid.