Cooling the London Underground, and capturing heat from rivers and canals, were the subjects of the two best presentations at the 2016 CIBSE Technical Symposium, held at Heriot-Watt University in Edinburgh.

London Underground’s latest research on keeping commuters cool on the Tube won the Best Presentation Award. Project manager Nick Boot-Handford gave a vivid description of the arduous conditions engineers faced when testing air handling units (AHUs) in an old ‘ghost station’ on the Piccadilly line. He described the spooky atmosphere as they tried to establish which unit was most resilient to the build-up of brake dust from the trains. ‘Put it this way,’ said Boot-Handford, ‘I wouldn’t want to be there on my own.’ 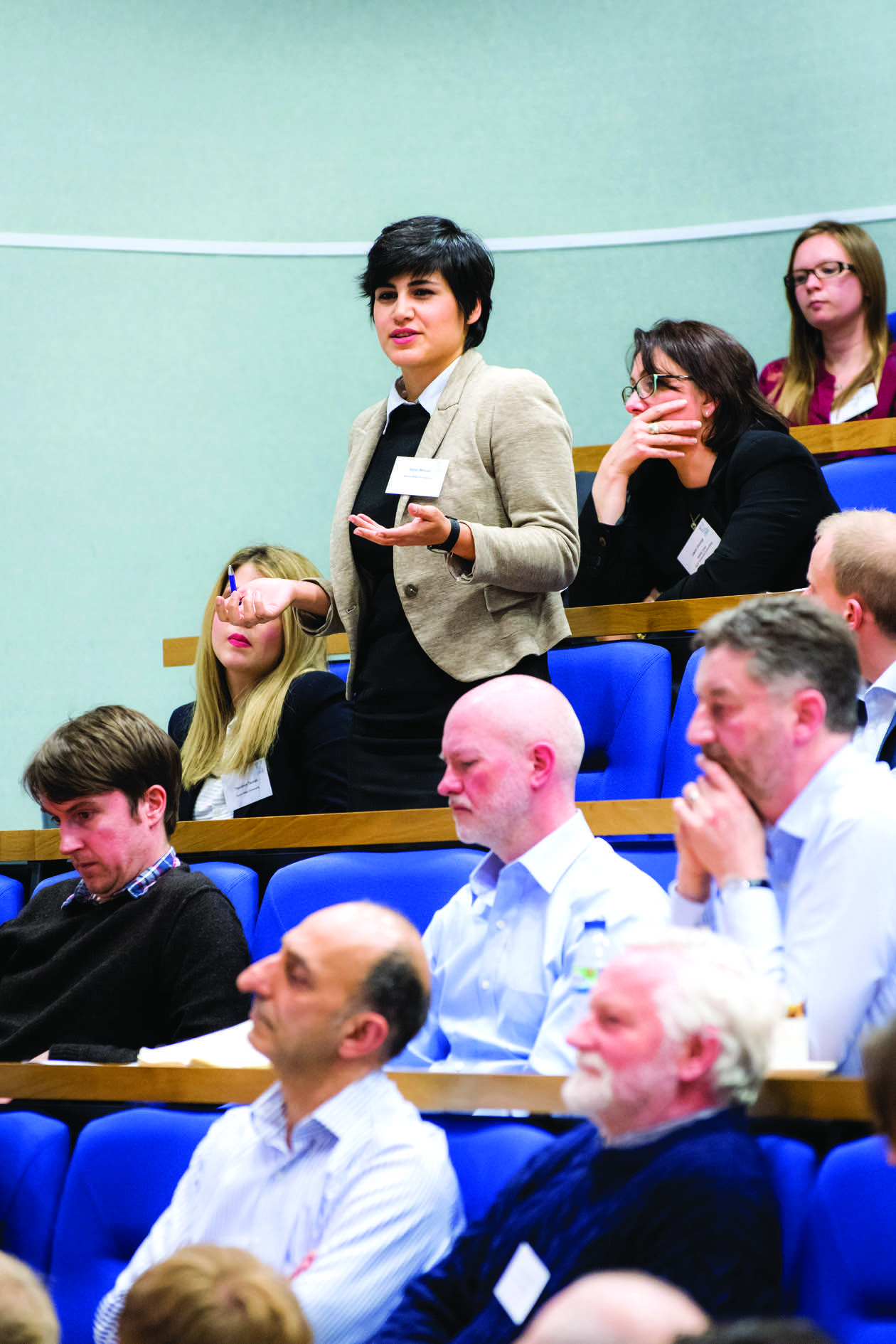 Presenting with Graeme Maidment, Professor of air conditioning and refrigeration at London South Bank Unviersity, Boot-Handford described how engineers tested AHUs with and without filters, and with varying spacing between fins. TfL found the AHU with the largest space between fins and no filter, accumulated the least dust, because the weight of the build-up meant the dirt eventually fell to the ground rather than getting stuck between narrow fins.

A presentation on the Surface Water Source Heat Pumps: Code of Practice, by energy consultant Phil Jones (see news, page 8), won the prize for paper most likely to change the industry. He gave examples of the technologies used to extract heat from rivers, canals, lakes and coastlines, and said that engineers following the code will soon be able to get designs validated by a system of checks.

The annual symposium encourages academics and engineers to present their research to industry. More than 150 delegates attended the event, and more than 60 papers were presented on issues and technologies affecting building services engineers.

Communication was highlighted by the first speaker, Wim Zeiler, professor of building services at the University of Technology in Eindhoven. He saw a poster in an architect’s office that read: ‘Communication with the dead is only a little more difficult than communication with an engineer.’

Zeiler’s paper was about integrated design, and how engineers should inform the work of architects at the conceptual design stage. ‘We can’t leave it all to the architects. A lot of poor energy performance is due to their traditional thinking.’ Zeiler advocated the use of a grid system – called a morphology graph – which encourages collaboration and a structural approach to creative design that maximises the skill sets of engineers and architects. 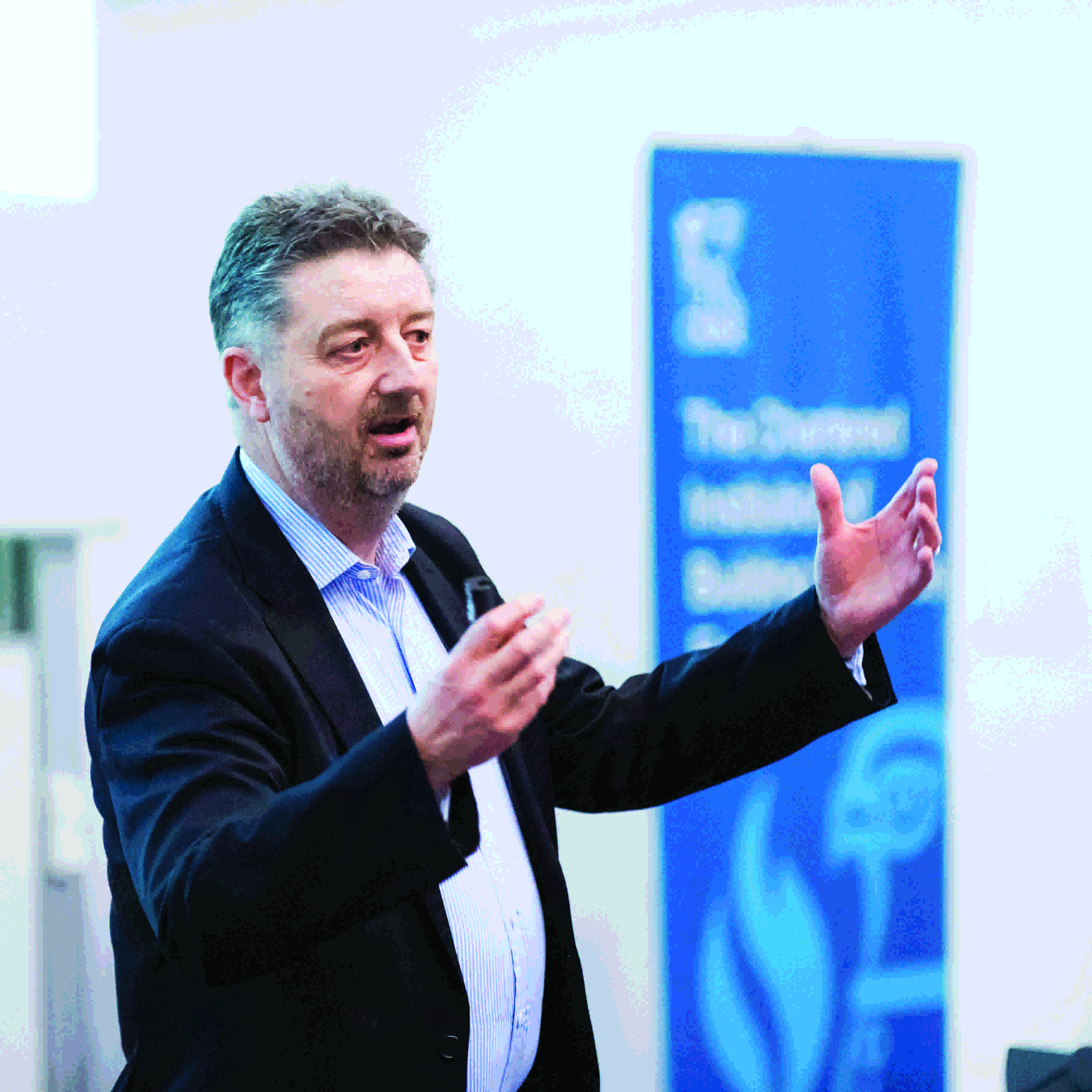 There was an excellent example of engineers being engaged at the start of the design process in a paper by Owen Connick, consulting manager, at Breathing Buildings, who described the hybrid natural ventilation system at Costa Coffee’s new low-energy retail store in Telford. He showed how valuable post-occupancy monitoring was in optimising the system, which included a heat pump, underfloor heating/cooling, air conditioning and PV panels. (See ‘Taking the grind of procurement’, CIBSE Journal Hotel and Leisure Special, October 2015).

One unexpected finding was temperatures rising during the night because of the airtightness of the envelope, meaning heat from fridges stayed in the store. As a result, the underfloor manifold opened to provide cooling when temperatures reached 23°C.

Ashley Bateson, of Hoare Lea, presented the findings of the consultancy’s post-occupancy evaluation (POE) of a mixed-mode ventilation strategy at Horizon House, in Bristol. He said the POE was carried out for no fee because the team was interested to see how well the design worked and whether occupants were satisfied. ‘How can we continue to design without finding out how a building performs?’ he asked.

Bateson said the stack effect was very powerful, almost sweeping paper off people’s desks when the automatic doors were opening constantly during the morning rush hour. The survey also demonstrated the importance of an active facilities management team making salient interventions in the building.

The CIBSE Journal will publish some of the best papers in future issues. Next year’s Technical Symposium will be held on 6-7 April, at Loughborough University, and more information will be published at www.cibse.org/symposium when it becomes available.

Retrofitting was a key theme of the symposium. Rajat Gupta, of Oxford Brookes University, shared his findings after a council office retrofit, comprising internal insulation, secondary glazing and a new ventilation system. Gupta said the energy consumption of
245kWh·m-2·year-1 was reduced by 58%, but main and specialist contractors working independently led to miscommunications. For example, the pre-cut insulation boards were not labelled, so the installers had to piece them together like a jigsaw on site.

Three presentations on the Nabers energy rating scheme attracted a full house. Nabers had been running as a voluntary scheme for 10 years when, in 2010, Australia’s federal government mandated disclosure of base building operational energy performance on office space of more than 2,000m2 net leasable area (NLA). Samantha Carlsson, graduate sustainability consultant at Hoare Lea, looked at the lessons Nabers has for the UK. She noted that four- to six-star Nabers buildings achieve a higher return on investment (ROI) than lower-rated ones, and suggested the same dynamic could catch on in Britain.

Ian Van Eerden, sustainability consultant at Northrop Consulting Engineers in Sydney, gave a first-hand account of the success of Nabers in driving energy efficiency improvements in new and existing office buildings. He identified the association between better energy performance and higher-quality working environments and active facilities management (FM) to explain why tenants are prepared to pay more for, and stay longer in, higher-rated buildings. 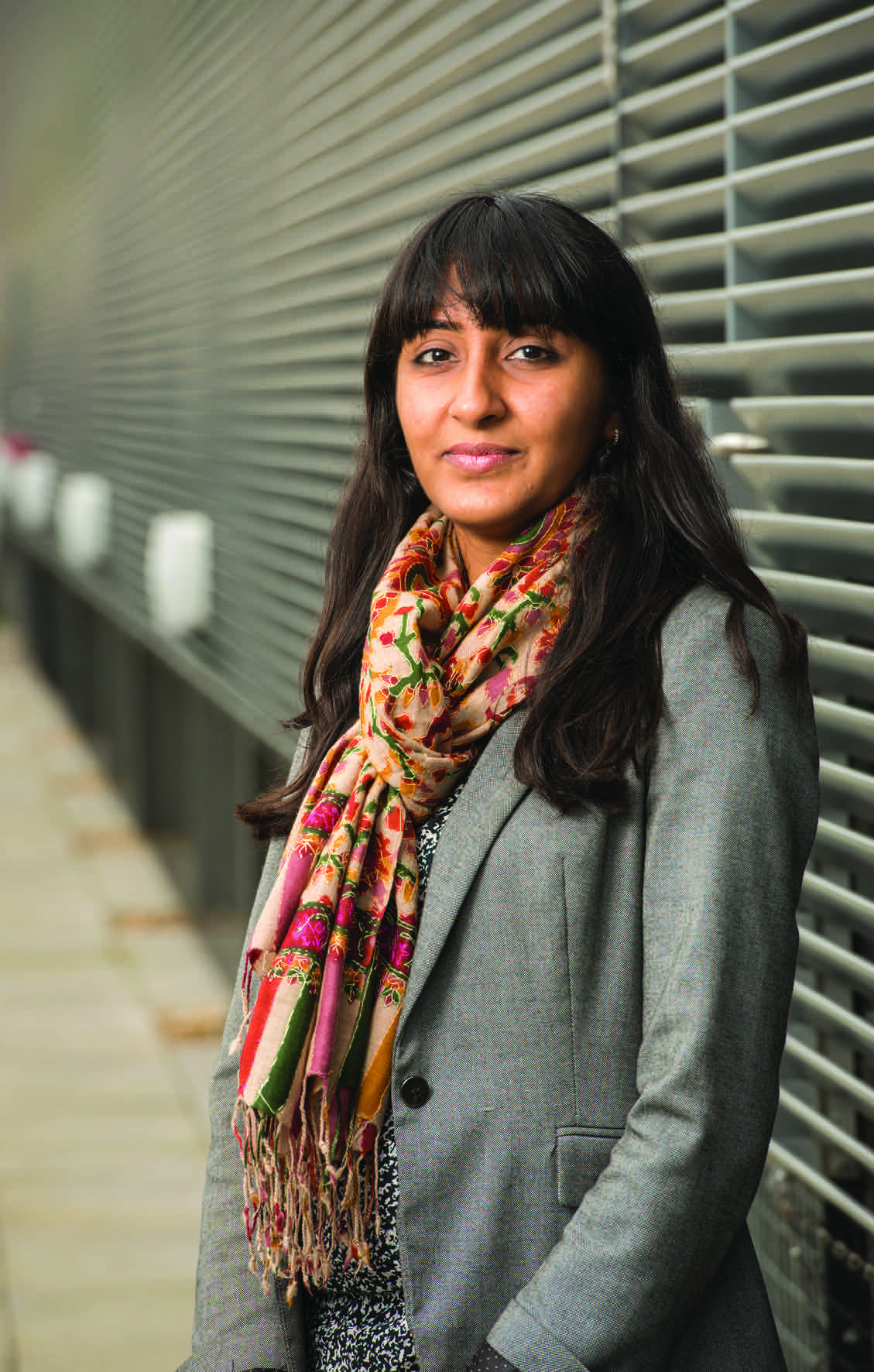 As always, the CIBSE Technical Symposium – packed full of interesting people, subjects and discussions – didn’t disappoint. The sheer richness and variety set my head spinning. Here are my highlights:

Alex MacLaren, Heriot-Watt University assistant professor in architectural design, and BSRIA senior consultant, Sarah Birchall, were fizzing with enthusiasm about collaboration, no doubt influenced by their own experiences of being involved in the BIM2050 Group. If creating a sustainable built environment is a collaborative endeavour, then surely we should be implementing more interdisciplinary learning, teaching, working and training?

Verco technical director Robert Cohen explained how a Nabers-style Commitment Agreement might be introduced for new prime office base buildings in the UK. This is a formal contract in which a developer commits to achieving a specific post-construction, in-use base building energy rating (for which 12 months’ operational data is required). In return, the developer may advertise the rating in advance of its measurement in use. This is of commercial benefit in Australia because many tenants seek, and pay a premium for, good Nabers ratings.

The Better Buildings Partnership (BBP) has agreed to pilot the scheme, hoping to design out the base building metering issues encountered in offices when it developed the Landlord Energy Rating in 2013. The pilot will involve about 10 studies over the next 18 months, and will test the key ingredients of the Commitment Agreement through their application to live projects. 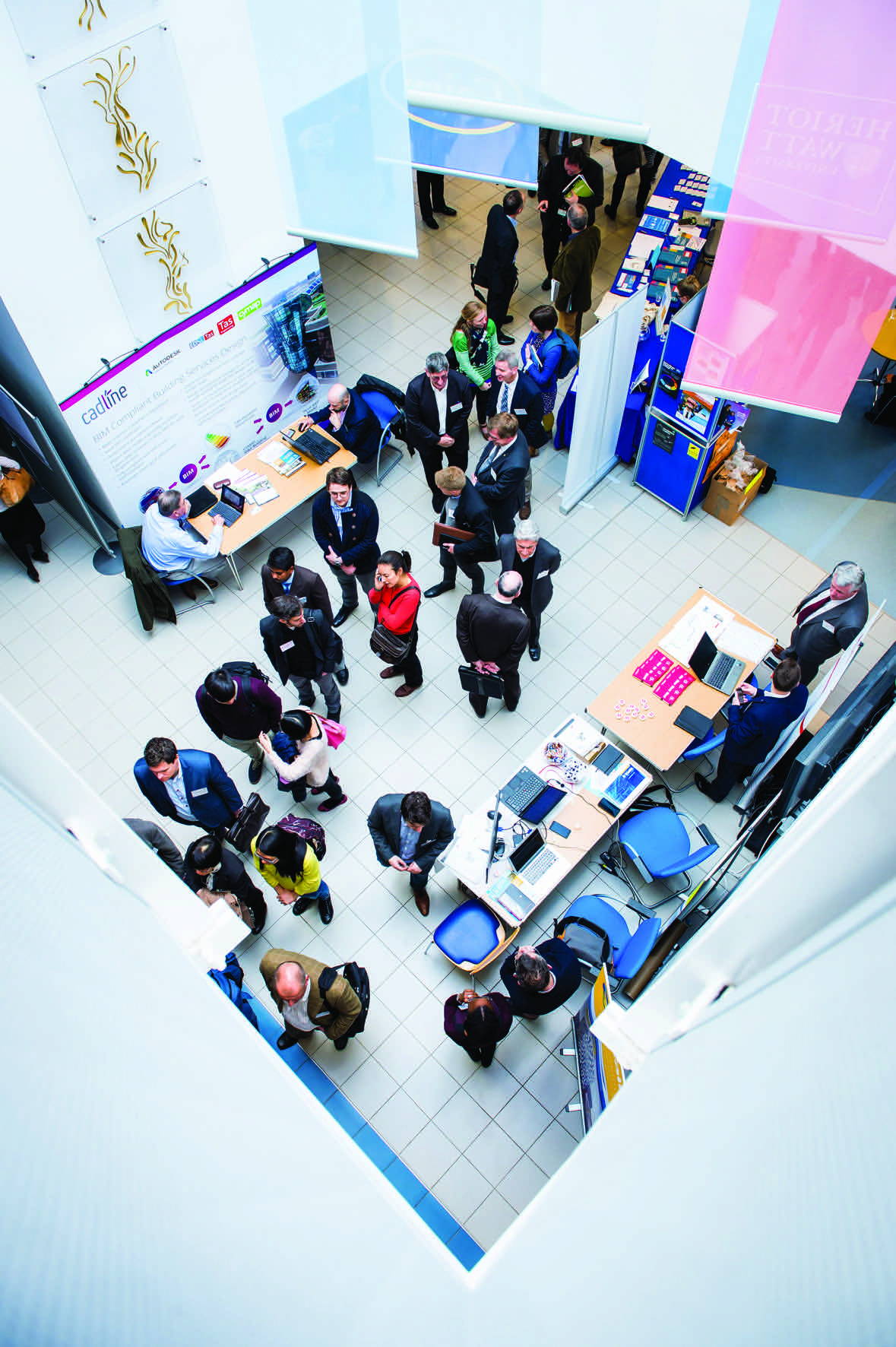 Several speakers looked at occupant comfort, with Sarah Noye, from Imperial College London, presenting ‘Practical use of CO2 sensors for early life-cycle energy and comfort’. She said a wireless CO2 sensor network could give a snapshot of the real occupancy of a building, and data could be used to reveal occupancy rates via a qualitative algorithm, used in signal processing to detect anomalies in a noisy signal. Data should be collated over time to give an insight into occupancy patterns, which can then be used to inform the ventilation strategy.

Rod Bunn, of BSRIA, looked at whether buildings start out badly and get better over time, or start out well and degrade. He explored Building User Survey results from two buildings, in 1998, 2011 and 2015. A building that started out 100% cellular in 1998 and became open plan – while the number of staff doubled – ‘tanked’ in terms of occupant satisfaction. Bunn said: ‘We spend too long looking at natural light and air quality, but not enough time thinking about the functional variables. Removal of things people value is detrimental to their perception of comfort.’

The symposium – sponsored by Cadline, Rinnai and Sefaira – shone a light on issues that can arise because of the imperfect structure of the construction industry. Andrew Corney, of Sefaira, asked why so many engineers are doing less early-stage HVAC sizing analysis, and relying on outdated rules of thumb. A survey by Sefaira revealed there was no financial incentive for carrying out accurate sizing at an early stage. Corney said most engineers have in-house modellers who focus on energy analysis, but they do not always trust the results. ‘Most do their calculations in the second part of stage three, but, by then, plantroom sizing has already been established,’ he said. 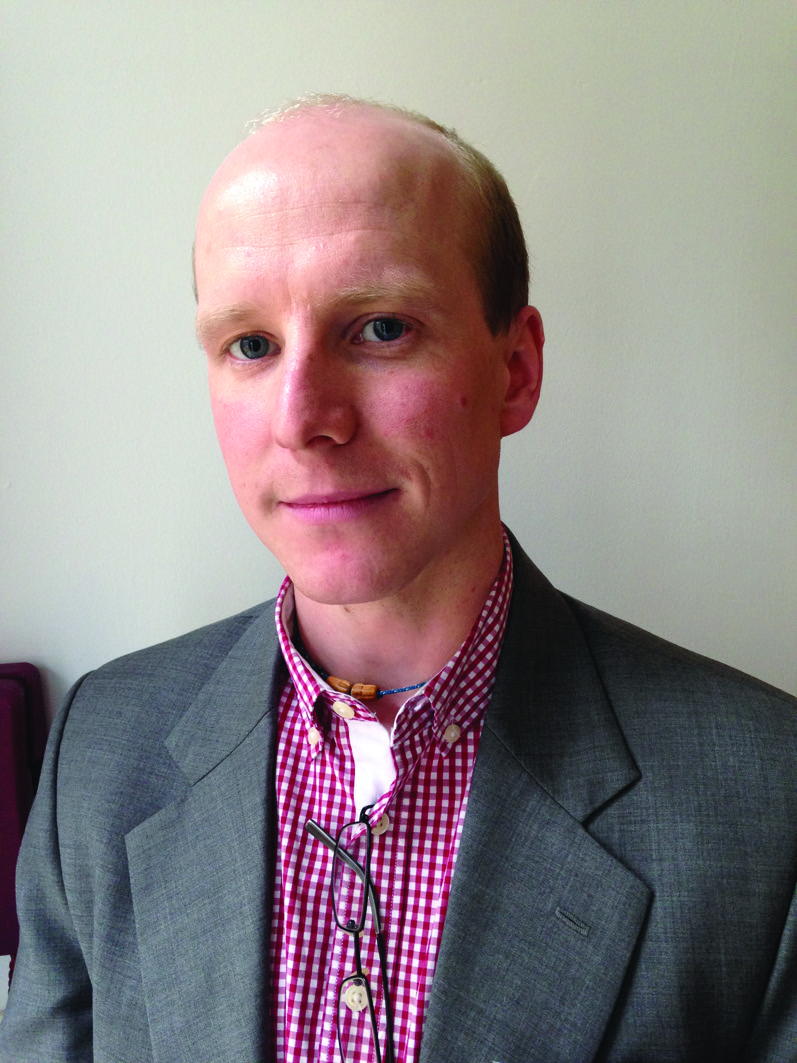 My favourite talk was by Sefaira product manager Andrew Corney. Energetic and enthusiastic, Corney posed an interesting question – why is no-one talking about HVAC sizing? The answer: because they’re all using ‘rules of thumb’. Work to be done in the industry here I think.

Phil Jones was very successful in engaging the audience during his talk on open water source heat pumps. It was a great mix of theory with examples. If a market exists for the technology, the potential is certainly there.

My presentation on lessons  learned from the Hammerson/Costa eco-pod was well received and prompted loads of people to come and chat with me – which was the goal. So, on a personal level, the event was a great success.

Credit to the organisers; the evening at Edinburgh Castle was a lovely addition to a busy, highly engaging programme. See you next year!