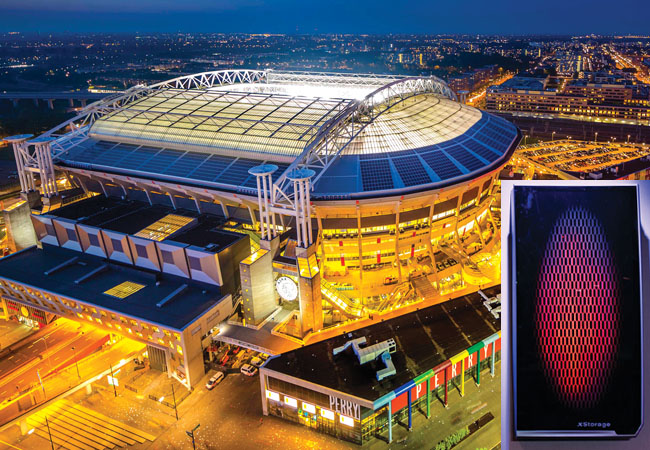 Battery storage is a disruptive technology set to revolutionise the way we power communities. From large-scale grid-stabilisation systems through to commercial buildings and the home, energy storage in batteries is set to soar. The growth can be attributed to several factors: the increasing contribution of renewable energy in the UK generation mix; advances in battery technology, spurred on by a number of big competitors entering the market; and a dramatic fall in prices. It’s a perfect storm that is unlikely to abate any time soon.

Figures from Bloomberg New Energy Finance (BNEF) predict that battery storage capacity is set for rapid growth. Installed capacity will rise from just 6GWh in 2015 to more than 81GWh by 2024 – a cumulative average growth rate of 44%. At present, its main applications are in balancing services for grid transmission and distribution systems. However, BNEF argues that the use of batteries paired with renewable energy sources – such as solar PV systems – will become the dominant market after 2020.

The cost of batteries has been falling dramatically, driven by enormous increases in manufacturing capacity and expertise by the likes of electric car manufacturers Tesla and Nissan. Prices of lithium-ion batteries have fallen by around 80% over the past five years, according to BNEF figures.

Energy analyst Thomas Christiansen, associate director at EY, describes a hierarchy of applications that will become progressively more attractive as battery costs fall further. These are: islanding, where batteries are used with renewables in isolated grids; grid balancing; peak shaving; and the behind-the-meter market, which allows consumers to store and use the power they generate. (See panel, ‘Uses for battery storage’.)

Nissan has teamed up with power-management specialist Eaton to develop the xStorage range across buildings, home and grid-scale applications. The xStorage Buildings unit combines ‘second life’ Nissan Leaf lithium-ion batteries and an uninterruptible power supply (UPS), and can take multiple energy inputs from the grid and renewable sources – such as solar – to deliver power.

The integrated system selects the right energy sources according to the load, the grid constraints, and the availability of renewable energy. ‘For commercial and industrial customers, implementation of peak shaving and load-shifting flexibility will enable avoidance of peak-demand charges and, ultimately, increased revenues through participating in demand-response schemes,’ says Frank Campbell, Eaton’s president, corporate and electrical sector, for Europe, the Middle East and Africa.

One of the first applications for xStorage is the Amsterdam Arena, home of Ajax FC and a concert venue. The aim is for the arena to become the first stadium in the world to eliminate the use of fossil fuels, and the deployment of the xStorage solution is seen as crucial in its progress towards that sustainability goal.

‘The drive towards fossil-free status is only one reason why the arena has chosen to implement energy storage,’ says John Robb, commercial buildings segment leader at Eaton. ‘Major variances in the power requirements of different events – coupled with the need to ensure a seamless experience for fans and further Uefa 2020 [European football championship] requirements – meant the arena was seeking better power-management that would increase responsiveness, to ensure an uninterrupted supply without adding costs.’

Using 280 Nissan Leaf batteries, consisting of 1,160 battery packs, the solution designed for the Amsterdam Arena will be the largest energy-storage system – powered by repurposed batteries – used by a commercial business in Europe. It will have 4MW of power and 4MWh of storage capacity. Carbon dioxide (CO2) emissions will be reduced because the system – including 4,200 solar panels on its roof and an associated windfarm – enables the arena to maximise its use of renewable energy resources. The battery packs will be housed in 119 racks and integrated with nine bidirectional inverters from Eaton.

The xStorage system stores energy during low-demand periods and supplies power when there is an outage. This will offer a crucial backup to ensure the arena is resilient to any grid instability, reducing the need to deploy diesel generators as a temporary power source. To maximise efficiency, the arena will also be able to avoid peak tariffs during times of high demand (peak shaving).

‘An additional advantage and revenue stream of the system is that – in between events – the stored energy can be directed into services that help to stabilise the grid,’ says Robb. ‘The benefits of energy storage will be felt not only by the arena, but by neighbouring buildings that are supporting and participating in the development of a smart city hub.’ 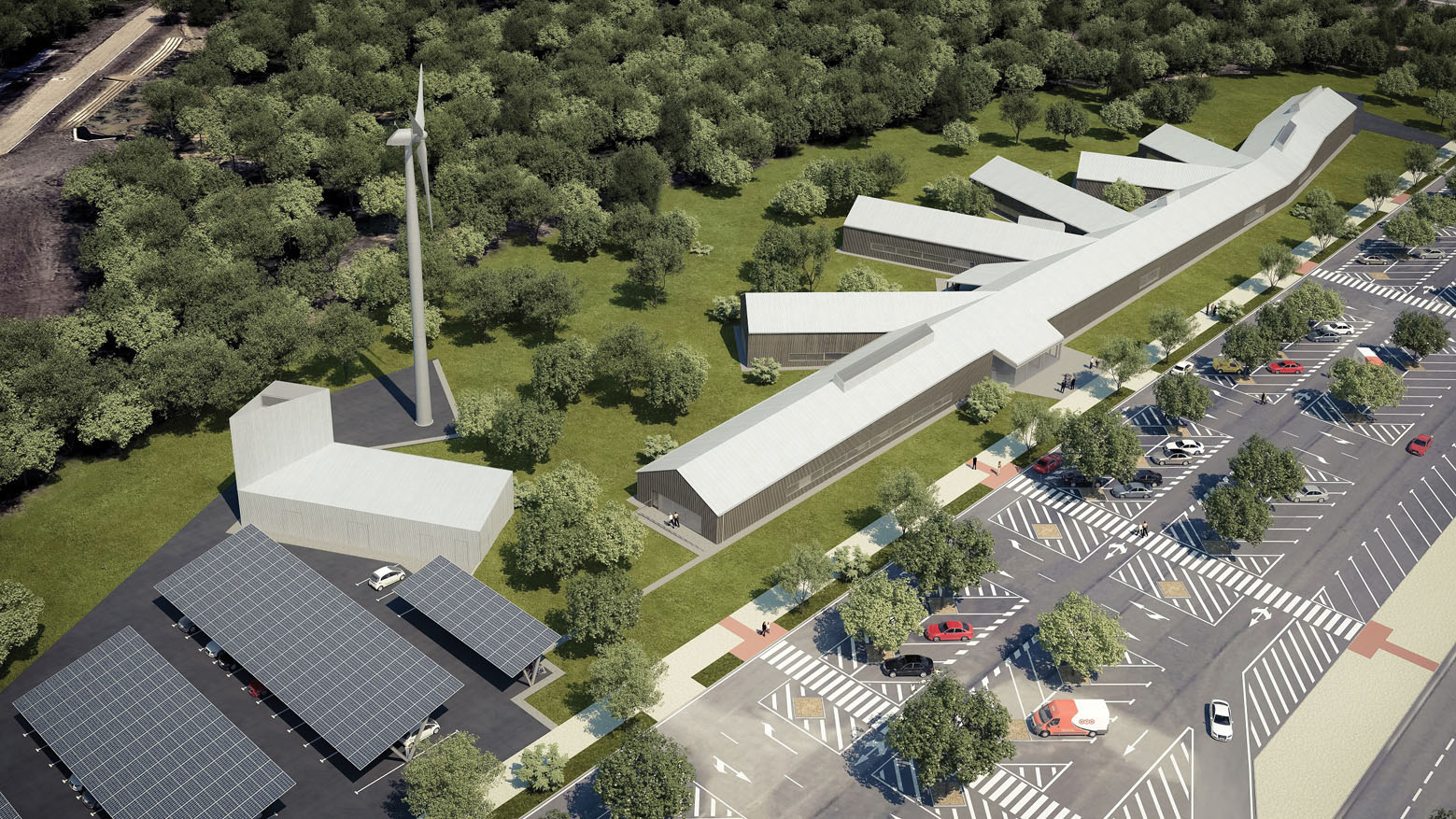 Energy provider Norvento has launched its Advanced Energy Engineering Services to the UK market. Through this new turnkey service, the company will provide renewable energy projects to help public and private sector organisations break their dependency on fossil fuels.
Norvento’s headquarters, in Lugo, Spain, illustrate the company’s approach – the 4,000m2 site has been awarded the Breeam Outstanding rating. Renewable electricity, heating and cooling – plus high-tech energy-storage methods – meet 100% of the building’s peak energy demand, while a fleet of electric vehicles charge in the car park. All technologies feed into a purpose-built microgrid, which is managed by Norvento’s advanced control system to balance onsite energy generation and storage with real-time consumption and future forecasts.

The rise of the microgrid

Battery storage has an important part to play in private wire systems, localised electricity grids or microgrids, which – although connected to local distribution networks – have privately owned central plant that produces electricity. Microgrids operate a standalone supply in the event of the grid failing to provide localised energy security, and can reduce energy costs.

A recent Navigant Research report identified more than 400 microgrid projects currently under development globally. EY has estimated that, in the 20 countries analysed by the company, microgrids could result in anywhere between US$64bn and US$171bn in electricity cost savings for commercial companies by 2020. In the UK, the savings would be equivalent to between 21% and 30% of overall electricity costs.

ABB’s PowerStore Battery is a containerised plug-and-play microgrid solution, available in various ratings from 60kW (delivering 365kWh) up to 580kW (delivering 2,055kWh), with a standardised specification for a wide range of applications. ABB favours new batteries and – while it is not tied to any particular supplier – it has an agreement with Samsung.

ABB has been selected by the University of Chester to deploy a microgrid control system for the new energy centre at its Thornton Science Park in Cheshire, a major research and innovation hub. The microgrid, which will be the first of its kind at a UK university campus, will play a key role in the energy centre’s mission to be a demonstration environment, where innovative energy technologies can be developed and tested. 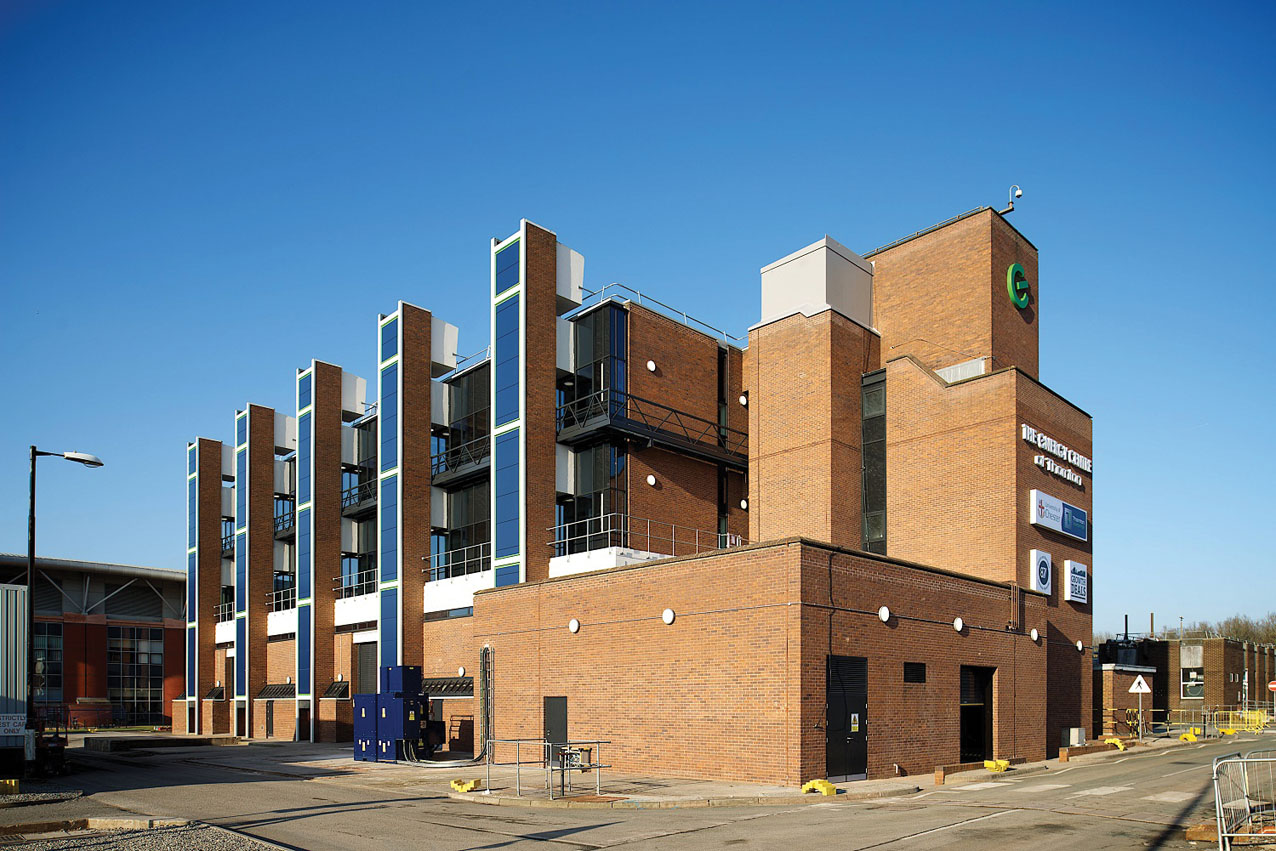 The site consists of 90,000m2 of industrial laboratories, workshops and office space for companies, and is an emerging centre of excellence for the energy, engineering and advanced manufacturing industries. Individual elements within the microgrid include a CHP unit, diesel generation, solar PV plant, an energy-storage facility and a load bank. ABB will provide some of the technology for the energy centre, including the overall control system that will act as the ‘brain’ of the microgrid. This will enable the integration and optimum deployment of multiple energy sources and storage units connected to the same local power network.

ABB’s microgrid solution aims to demonstrate how distributed energy resource technologies can work together to minimise fuel costs and emissions within a grid. It will also maximise the penetration of renewable energy in a grid. The microgrid controller will manage the energy centre’s connection to the campus network – and then connection to the local grid. This will show the microgrid’s ability to connect to, or disconnect seamlessly from, the main grid and operate in an islanded mode, ensuring supply continuity in case of an outage.

‘Even in advanced economies such as the UK, microgrids can be used to increase the reliability and quality of power supply in both grid-connected and isolated operation,’ says Jones. ‘They can also reduce energy costs and enhance their predictability, and help to reduce the carbon footprint and overall environmental impact. We are seeing a substantial level of interest. The technology is not new – it’s just there are new applications for it. Now is the time for the UK to embrace microgrids.’ 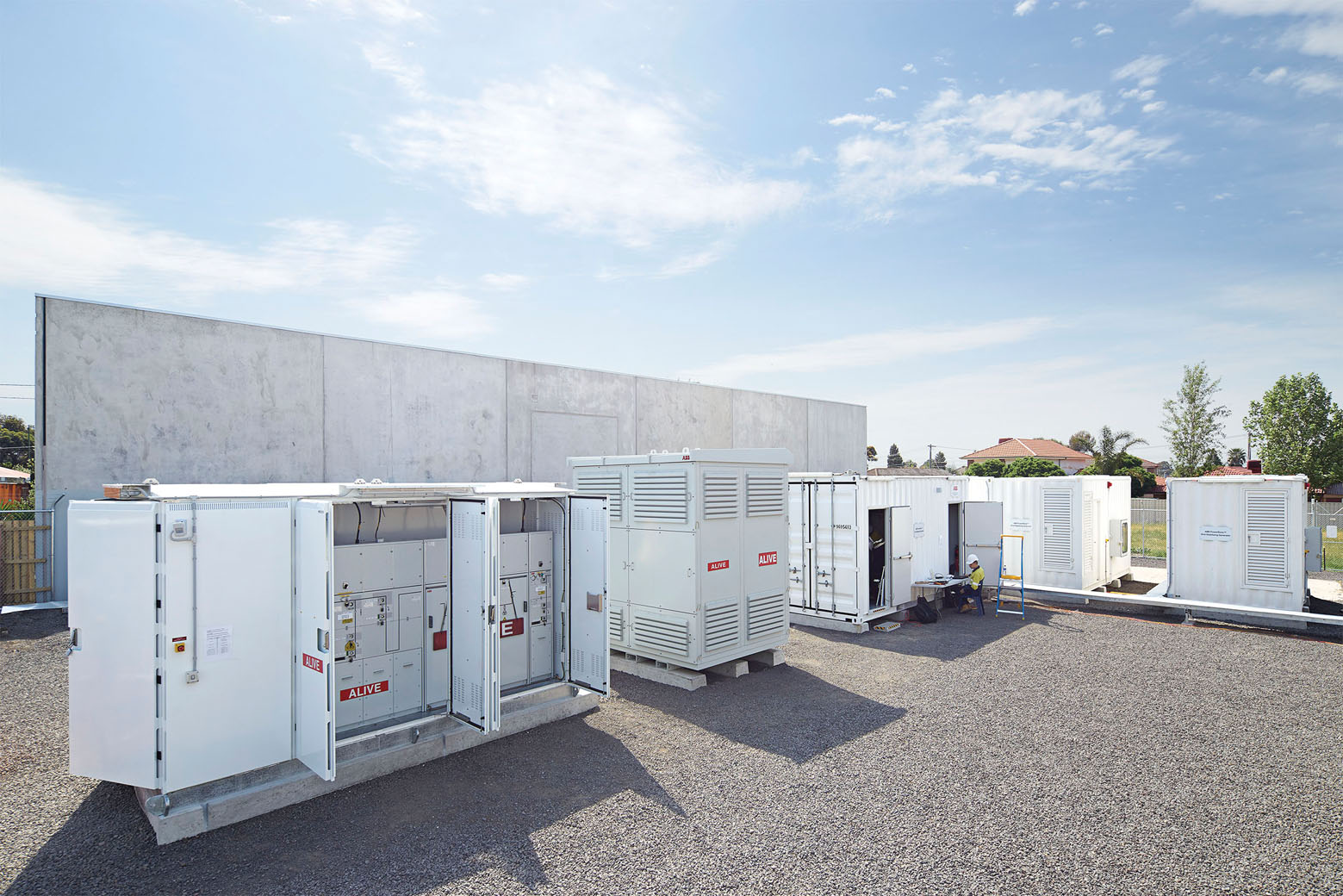