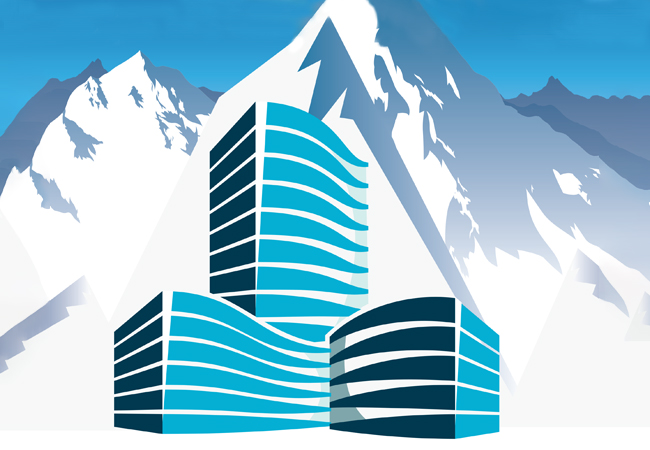 It is a sobering fact that a typical new office base building in London could be using up to six times more energy on a like-for-like basis than the best new prime office building equivalents in Melbourne, Australia, the antipodean city with a similar, though slightly warmer, climate. Even the best new offices in London could be using three times more energy than their Melbourne equivalent.

By contrast, in Australia – in addition to achieving compliance – it is mandated that the operational energy efficiency of large commercial office buildings is measured and rated using the Nabers scheme.

(Of course, not all buildings in the UK ignore operational performance as the widespread use of TM54: Evaluating Operational Energy Performance of Buildings at the Design Stage testifies.)

The Better Buildings Partnership’s (BBP’s) Design for Performance (DfP) initiative is an industry-backed project instigated to tackle the performance gap in the UK. Based on the established Nabers methodology, it sets out to deliver measurable performance outcomes to ensure UK office developments deliver on their design intent.

To date, the BBP has undertaken a feasibility study followed by a series of pilot projects. More recently, it announced that 11 pioneering office developments will be trialling a DfP approach to office design.

‘There is an expectation from both clients that the ratings we achieve for these buildings will be important by the time schemes hit the market,’ says Stephen Hill, a sustainability consultant and associate at Arup.

He believes that the DfP approach fits into the sustainability strategy Arup now uses on the majority of its projects. This involves using advanced energy modelling to establish operational performance targets.

‘DfP is helping us engage with our clients to have more meaningful conversations about what those [operational] targets should be and what project teams should be doing to make sure those targets are achieved,’ Hill says.

He adds that advanced energy modelling will need to be part of the design process for MEP design firms if they are to deliver DfP projects.

‘The model needs to be sufficiently mature at RIBA Stage 2 to inform the broad decisions around massing and façades, and then it needs to evolve through Stages 3 and 4 to the point where you have a pretty detailed model capable of capturing the efficiency of individual pieces of equipment in the building,’ Hill says. 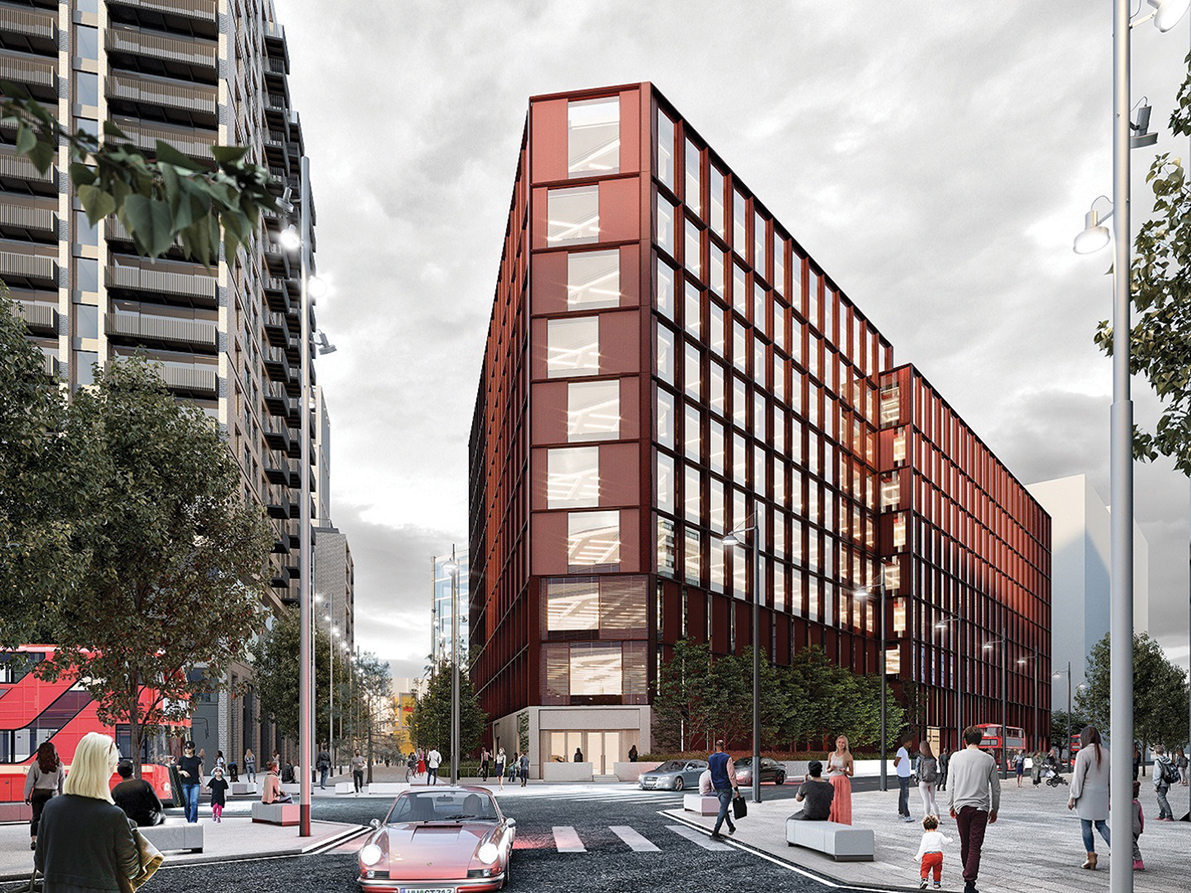 Ruskin Square, in Croydon, above, and St James' Market, Phase 2, in central London, below

Consultant Watkins Payne (WP) is working on another of the BBP’s pioneer projects: Phase 2 of the St James’ Market development in London’s West End for the joint venture between The Crown Estate and Oxford Properties.

Andrew Thrower, a partner at WP, agrees that a lot of work is needed to model HVAC systems to the level of detail that will allow engineers to have a meaningful discussion with the client.

‘At RIBA Stage 2, we need to be able to look at different HVAC systems to show the client what the impact is on DfP,’ he says. ‘For example, the model might show can achieve a 5-star energy rating with a fan coil system, but a 5.5-star rating with a mixed-mode solution – the option the client goes for is a decision that will influence the building design.’

One of the challenges of undertaking detailed modelling early in design development is that tenants may not be onboard and, so, occupancy details are unknown

Tenants’ energy use does not come under the base building remit, but Thrower says it cannot be ignored. ‘Tenants’ small power and lighting doesn’t come into the Nabers rating, but the more light and power tenants  use, the more landlord cooling will be required – and that does impact the building’s Nabers rating, along with the way tenants control their on-floor HVAC equipment,’ he says.

In addition to modelling expected occupancy, Thrower says it is important to model using what he terms ‘off-axis’ scenarios: ‘What if the occupancy is higher than the figure we’ve decided to use; or small-power loads are higher or lower than we’ve anticipated? What is the implication of the building being occupied for longer hours?’

WP tests these different scenarios to arrive at a performance band. ‘For example, if the base building has a rating of 5, but the tenants have a particular working pattern or partial occupancy hours, it may bring the rating down to 4.5,’ says Thrower. ‘Of course, we’ll also be looking for opportunities to push up the rating and achieve 5.5.’

One of the challenges of undertaking detailed modelling early in design development is that tenants may not be onboard and, so, occupancy details are unknown. In such cases, Thrower says the model can be run using Nabers default figures – or, in the case of an informed client, data from their existing buildings. ‘Nabers has some default figures for office occupancy and small-power usage, which are less than the normal design criteria because most buildings operate at part load for the majority of the time,’ he explains.

A key aspect of DfP is ensuring HVAC systems operate efficiently in part-load operation. ‘You have to think, I don’t want two large heat pumps; I should have four smaller ones, because that will be a more efficient arrangement when the system is operating at part load, which it will be for most of the time,’ Thrower says.

He adds that another impact of DfP will be in value engineering a scheme. Under DfP, buildings are given an energy performance rating to two decimal points. This figure is then rounded down to the nearest half a star. ‘At design stage, to maximise the Nabers rating, we will try to find the most efficient and effective plant for the HVAC systems, but the contractor might say, “I can save £100,000 using an alternative”,’ Thrower explains.

‘If the scheme is at 4.82 stars (a 4.5 star rating) the contractor might put in different plant that brings the total down to 4.67. OK, that is still a 4.5 rating, but you’ve reduced your headroom should something else change – and if that drops the rating to 4.49, then the building’s rating will reduce to 4 stars.’

The impact of the DfP initiative on the energy efficiency of new buildings will take several years to hit the market. To get a DfP rating, a building has to have been occupied for 12 months at a minimum of 75% capacity, which means the building services consultant will be involved with a project from design, through construction, commissioning and, finally, operation, to input metered data into the model to reappraise it in light of the building’s actual performance. 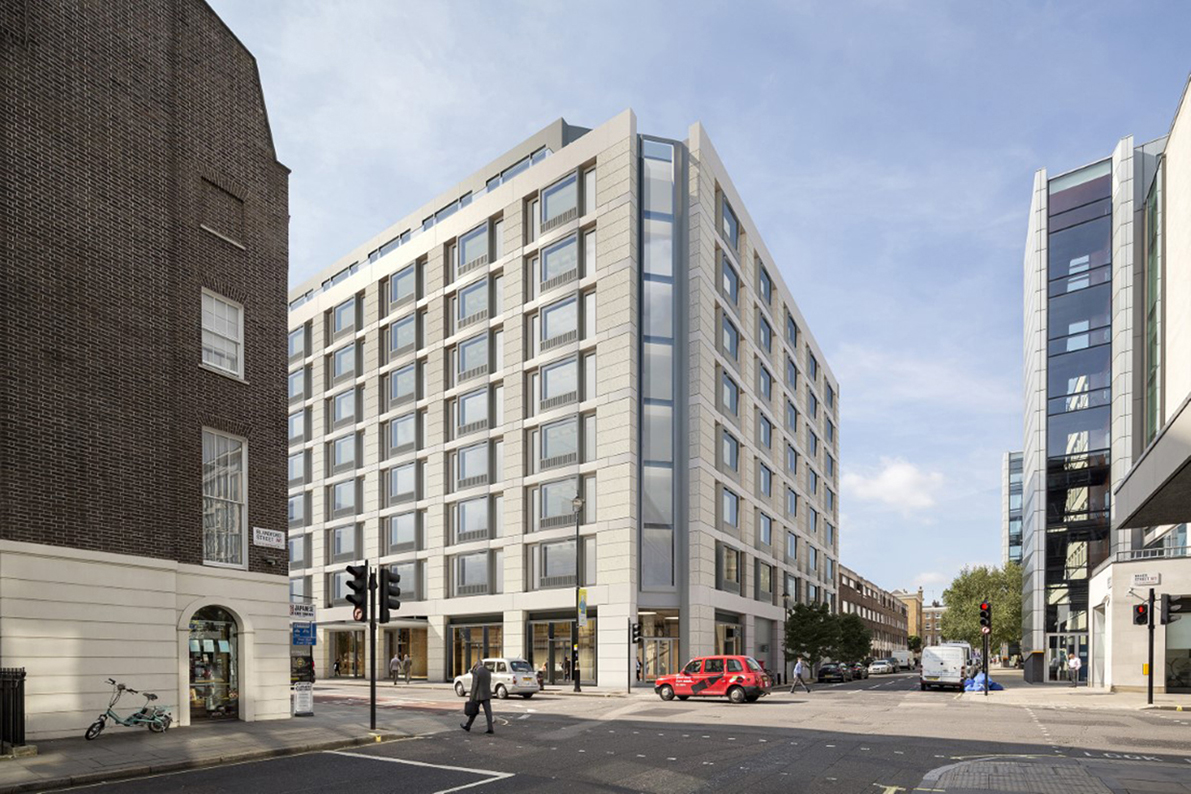 ‘There will be ongoing involvement to update the model through construction to completion, and then to use the model as a comparison with actual metered data once the building starts to be occupied, so you can track your trajectory to your intended Nabers rating,’ says Thrower. ‘You might set your goal at 5 stars at the outset, but you will not find out if you’ve achieved that until about six or seven years after that for a large project’.

Thrower says DfP is not just applicable to new-build office schemes; it will affect existing buildings, too: ‘If you have an existing building, and you can get the metered data, you can give that building an energy rating,’ he says. ‘However, that rating might only be, say, 3.5, because the building was never designed to optimise energy in use’.

As a consequence, the performance of existing offices will have to be improved. ‘A refurbishment will need to be undertaken using a DfP approach, because – when an office returns to the market – it will have to compete with newer stock that will have been designed to optimise its in-use energy performance’ says Thrower. ‘DfP will have a big impact on office refurbishments.’

For more information on the pioneer projects, visit the Better Buildings Partnership website at bit.ly/CJOct20BBPDfP1

■ CIBSE has published new Technical Memoranda, TM61-64, which aim to provide insights into operational building performance, occupant surveys, modelling for energy use, and indoor air quality. TM63: Operational performance: modelling for evaluation of energy in use is particularly relevant in the context of DfP as it aims to provide a methodological framework to undertake measurement and verification of building energy performance in use.

■ For more on the Better Buildings Partnership’s DfP initiative, see ‘Learning from Nabers: Designing for performance in the UK’, CIBSE Journal 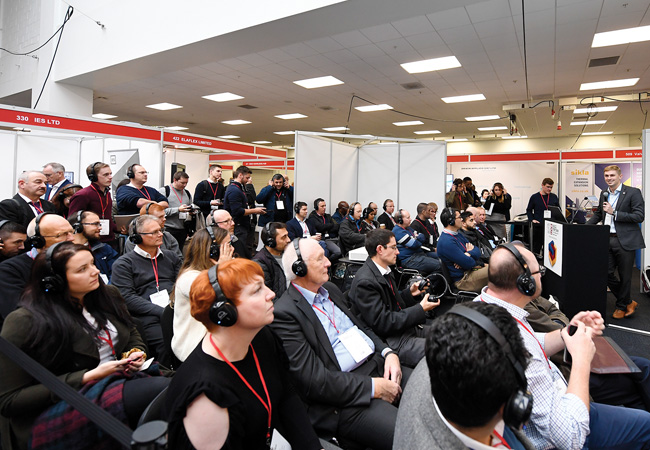 No time to lose – Build2Perform highlights