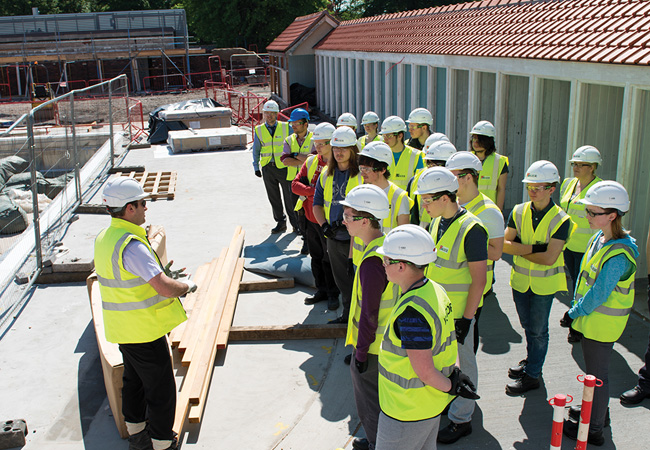 The UK’s major cities contain some of the country’s most entrenched areas of poverty, many of which sit cheek by jowl with its biggest-ticket construction projects. Matching young people from these disadvantaged neighbourhoods with the opportunities on their doorsteps is the mission of the Construction Youth Trust (CYT), which was set up by the industry in 1961.

Currently, the CYT works mainly in London, north Kent and the Midlands, which contain sufficiently large workflows to create opportunities for potential candidates, says Andrew Garrett, the charity’s operations manager. ‘These are areas where there is disadvantage, but also the prospect of a real job at the other end,’ he adds.

One of the main ways the trust tries to help young people is by going into schools, often with representatives from the charity’s industry partners, such as contractor Multiplex, which has been involved with the CYT for several years.

The trust’s schools partnership programme organises activities designed to engage students and get them involved in construction. These include ‘Budding Builders’, which is targeted at young people at risk of becoming ‘Neets’ – not in education, employment or training.

The proportion of pupils who receive free meals is the gauge used to identify which schools might be most in need of the trust’s work. These schools then identify pupils who are in danger of becoming Neets.

‘It’s not about us working in isolation with the young person, but working with the schools,’ says Deavon Sinclair, CYT’s schools and further education coordinator. 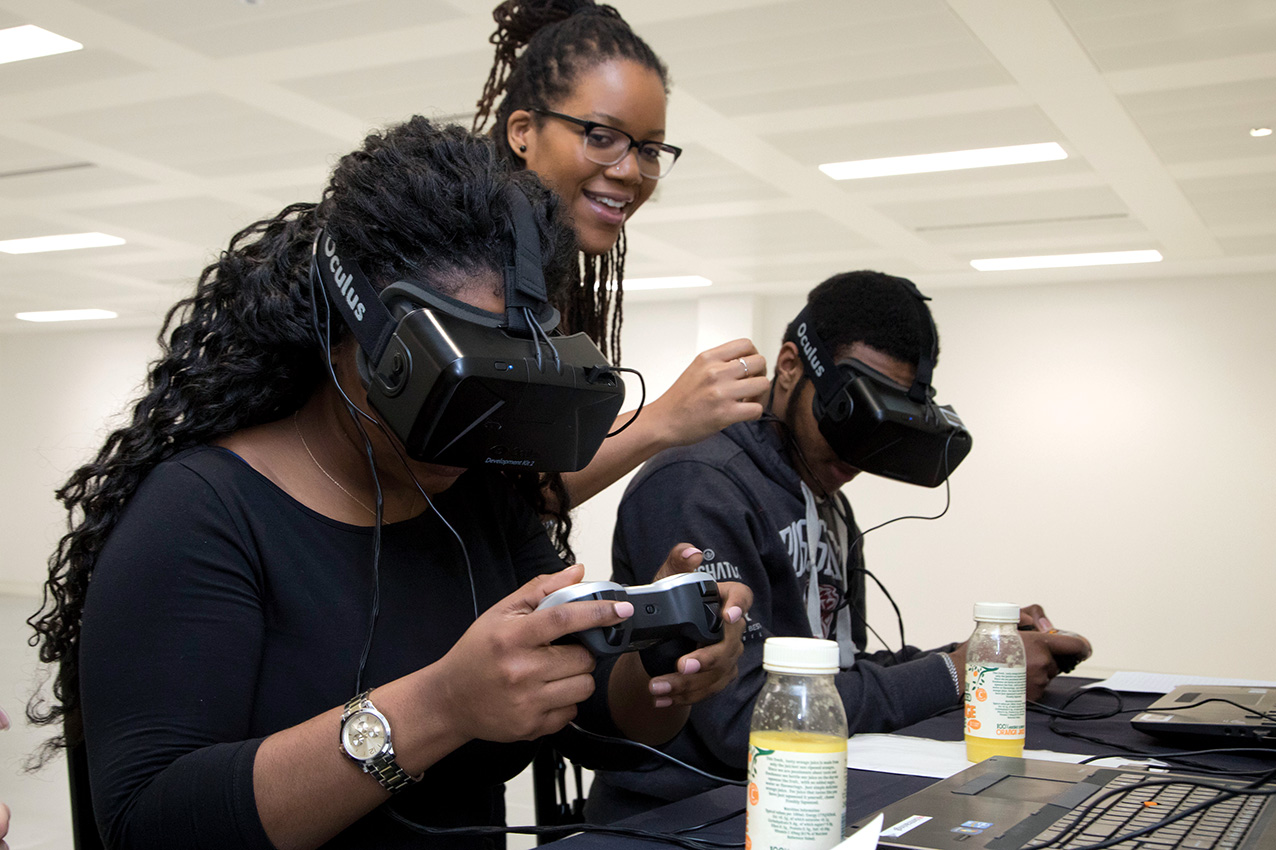 Another programme, Budding Brunels, is aimed at sixth-formers who are looking to enter built environment professions such as quantity surveying and engineering. The three-day scheme showcases the diverse professional opportunities on offer in the construction industry.

It also covers interview and public speaking skills, so that the young people are better equipped when applying for university courses and apprenticeships.

Separate from its schools activities, the CYT runs an apprenticeship support programme, backed by funding from the Construction Industry Training Board. It works predominantly with 17 and 18-year-old students looking to take higher level or degree apprenticeships.

At the apprenticeship support sessions, employers show would-be candidates what they are looking for in terms of responses on application forms. The trust also takes students out of their school environment to expose them to construction sites or project offices.

Sinclair believes it is important for participants to get a good understanding of what different roles in the industry entail. ‘If it’s a building services engineer, they get a site tour, so they can see the work that takes place and understand how the subjects they are studying in class – such as maths and physics – translate into a working environment,’ he says. ‘Depending on how students perform, some will be put forward for workplace opportunities.’ 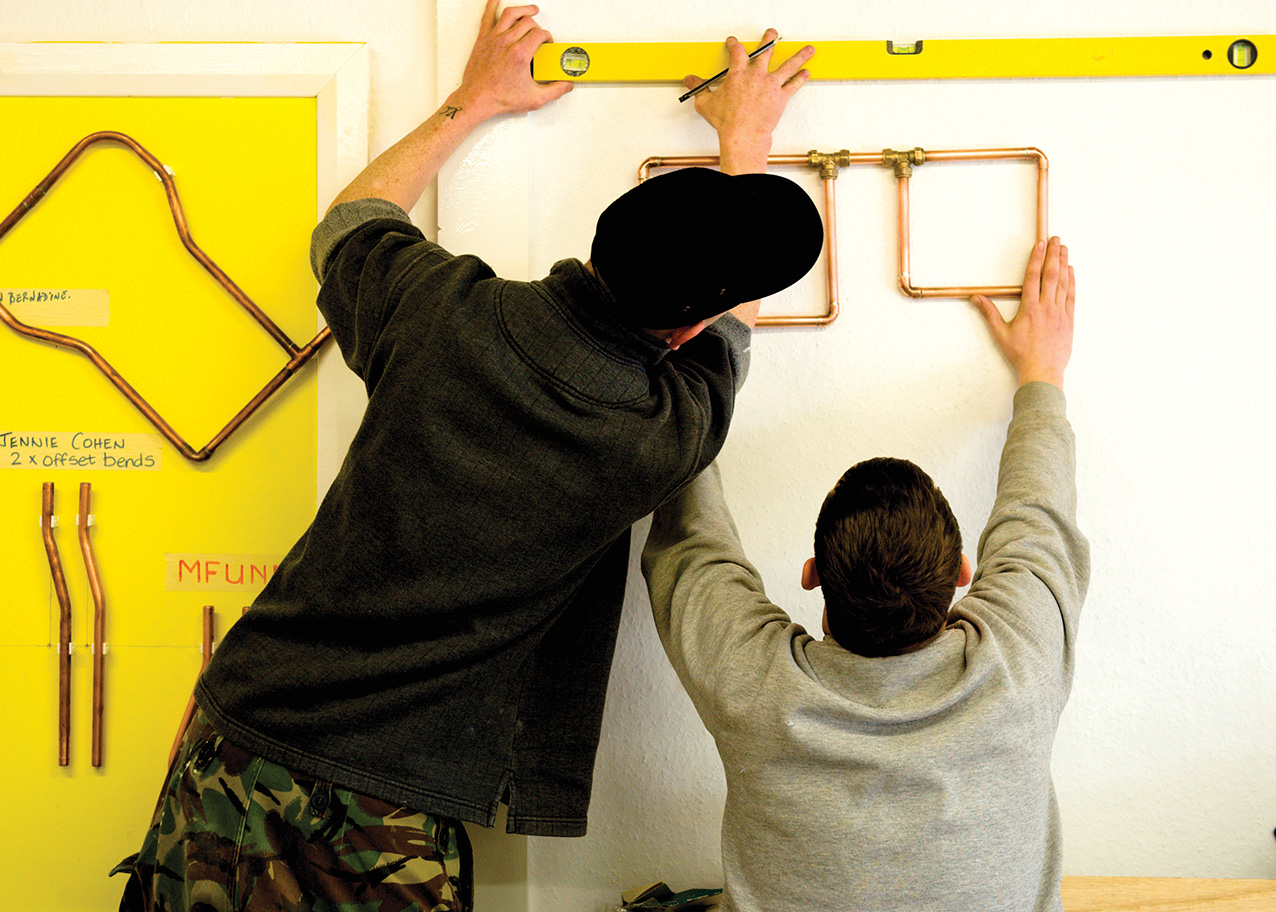 The trust shows young people the opportunities within construction

Candidates are pre-screened to ensure they are ready for a placement, so both they and the construction firm benefit from the experience, says Garrett. Such an opportunity can give the would-be apprentice a better sense of the tasks and responsibilities relevant to their area of interest, reducing the risk that they will drop out from the apprenticeship.

Nick Wicks, community engagement manage at Multiplex, says the CYT’s programmes can raise pupils’ aspirations by showing how construction offers the potential to make a good living. ‘You can start as a labourer and work up to be a project director; if you have the drive and capability that will be seen,’ he says, referring to how one of Multiplex’s most senior managers started his career as a joinery apprentice at the age of 16.

‘He’s now in charge of £200m jobs. There are very few industries where real talent is identified and rewarded.’

The construction industry is not one that worries where you come from if you are doing a good job. It’s very tolerant and inclusive

Wicks is particularly keen to show young people the range of routes into the industry, including professional roles in building services. ‘I want to get people out of the mindset that it’s all about trudging around in the mud for the rest of your life: you can aspire to rise up,’ he says. ‘It’s important to address misconceptions that construction is purely “on site”.’

Multiplex and the CYT recently held an event for year 10 and 11 pupils from schools in the London borough of Westminster. ‘We talk about different careers and get the kids to think outside the box about the wonderful opportunities in construction,’ says Wicks, who adds that consulting and engineering firms are a closed book for most students. ‘Everyone thinks it’s just men in hard hats doing dirty jobs. Challenging perceptions about the industry is vital.’

He cites building controls installation as one of the more technologically sophisticated roles in the industry. ‘When [the students] see some of the high-end systems and the blinds and windows they can control from an app on their phone or tablet, it’s an eye-opening experience,’ Wicks says.

Building information modelling (BIM) is also ‘pretty exciting’ for today’s tech-savvy youngsters, he adds. ‘You can demonstrate how you can design a system and work out where every cable and pipe is going to run.’

The other big plus point for construction is that it is more prepared than some industries to offer a second chance to young people who may have messed up, Wicks says:

‘The construction industry is quite forgiving if people have made mistakes in the past.’

Garrett agrees: ‘The industry is really tolerant of backgrounds: it’s not one that worries where you come from if you are good at the job. Your progress is very much around the next job: it’s an inclusive industry and doesn’t have the elitism some have.’

Of course, the trust’s work in seeking to expand the industry’s talent pool is also in the industry’s interests. ’The supply of trades is drying up, when you ask senior managers where the gaps are, they say everywhere,’ says Wicks.

Many councils are making developers offer apprenticeships as a condition of planning consent. And, while the CYT’s work with young people doesn’t always pan out successfully – which is unsurprising given the challenging backgrounds from which they come – the rewards are great, says Sinclair.

He recalls one group of Year 12s who were not ready for apprenticeships when they began working with the trust, but – by the end – most of them were: ‘The best thing is seeing that change and development in young people over time.’

Sparking a love for learning 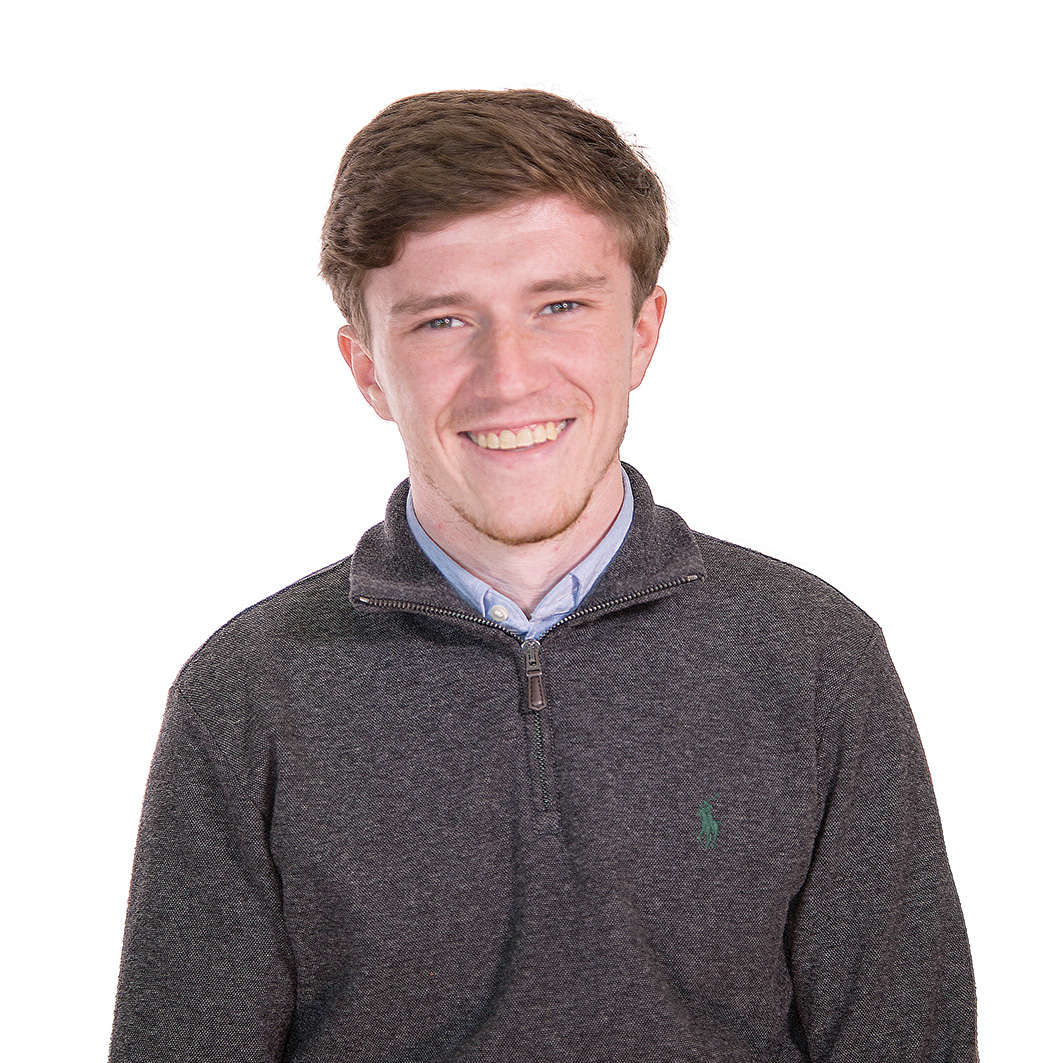 Shane Sullivan was the kind of boy who couldn’t wait to get out of school. ‘I hated being in the classroom,’ he says. ‘I enjoy learning, but hate people telling me what to do. As soon as I could, I wanted to get out of there.’

Now, however, the 22-year-old is studying for a degree apprenticeship in electrical engineering at London South Bank University.

He credits a course with the Construction Youth Trust in 2013, when he was a bored Year 10 student at his comprehensive school in Dagenham, with setting him on this path.

It showed him opportunities in the construction industry that he would otherwise not have stumbled across. ‘[The CYT] opened your eyes to different things. School pigeon-holed you; [the CYT] didn’t, but showed you different things, such as surveying and engineering.’

After leaving school, Sullivan did a City & Guilds course in construction trades and another in electrician skills. He then secured an apprenticeship in electrical engineering with building services engineer Troup Bywaters + Anders.

He started off by studying for a BTech, but is now in the middle of a degree apprenticeship. The blend of work and study suits the way he learns, as well as his bank balance. ‘I can earn when I’m doing the job and don’t have to pay for the university course,’ Sullivan says.

‘I can have a joke with the teachers and go at my own pace: I don’t have to sit at the same table and chair every week.’

Sullivan is mainly working on healthcare projects, which range in size from GP surgeries to the recently completed Chase Farm Hospital in Enfield.

Would he have imagined fulfilling a professional role on such a big project when he was a bored pupil? ‘Definitely not – not in a million years.’ 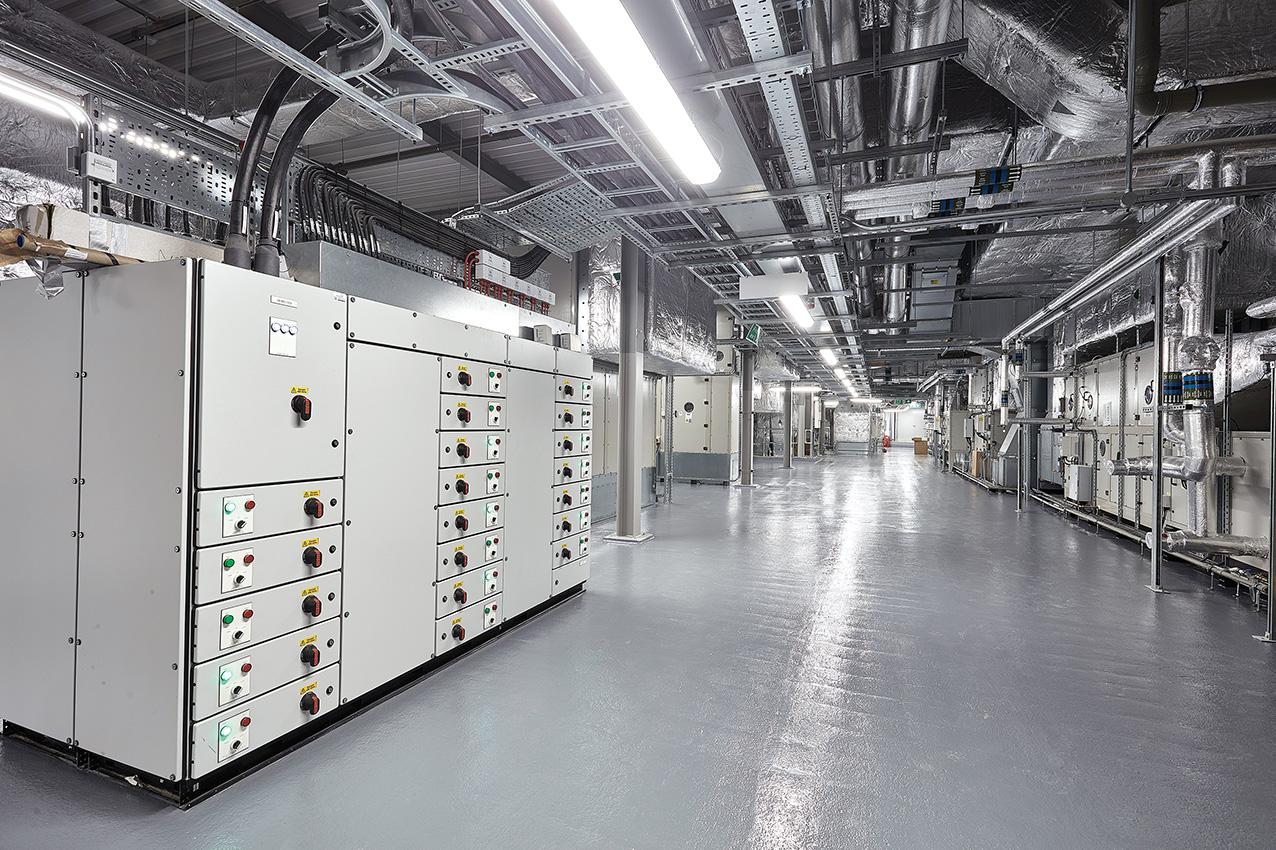