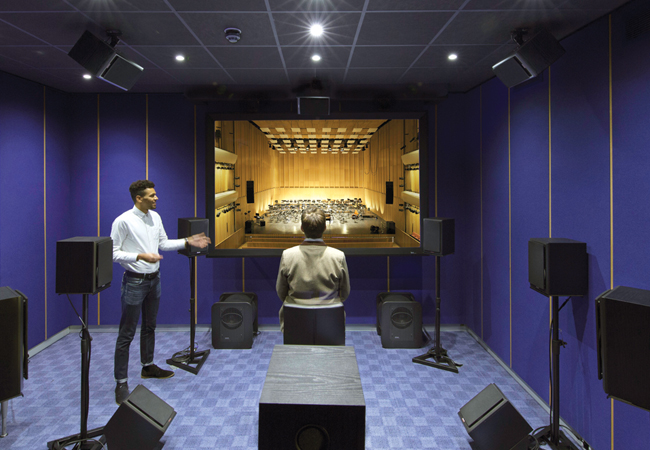 Describing the acoustics of a concert hall or lecture theatre to clients used to be an arduous task, involving charts, plots and explaining numerical parameters. Today, it has become an aural – even visual – experience; consultants can demonstrate many types of room acoustics via simulation and, while a piece of music is playing, flick between venues to hear the subtle differences in the sound.

Since launching its SoundLab almost 20 years ago, Arup has used the technology to simulate room acoustics, allowing clients to hear and compare sound at different points of a hall or theatre. Cundall, meanwhile, has added another dimension to sound modelling – 3D graphics – after the introduction of its Virtual Acoustic Reality (VAR) last year.

Using an Xbox controller to navigate around a 3D building, the operator can listen to how the space sounds relative to their location

By combining a virtual reality (VR) headset with a gaming engine and audio files, Cundall takes clients on an immersive audio and visual tour of a building before it is built. Being able to hear how sound changes as they move through different spaces ensures decisions – for example, on internal finishes – are based on experiential factors, rather than numbers on a page.

Arup created its SoundLab in the early 2000s and now has 11 worldwide. The tool allows consultants to ‘listen’ to buildings before they are built, and dispense with technical jargon and complex reports. The process, called auralisation, is the acoustic equivalent of a visual rendering in architecture.

As well as performing-arts spaces, SoundLab is used to demonstrate acoustic conditions in schools, offices and residential buildings; for determining glazing configurations; in railway stations – for example, to test announcement systems’ clarity; and for demonstrating environmental noise from infrastructure systems, such as high-speed rail, aviation and highways.

For room acoustics in an existing space, consultants visit the space and measure the impulse response. This is the reaction of the room to an impulse, such as a balloon bursting, a handclap or – more commonly – electronic signals generated by loudspeakers. The recording of the response creates a unique fingerprint for a specific space that is driven by: the geometry of the room; the relationship between the source and the receiver; and the room materials.

Ned Crowe, senior engineer at Arup, says: ‘The first sound that travels from the source to the receiver is the direct sound and – shortly after – you’ll have a reflection of the sound from the floor, walls and ceiling all arriving at different times, different intensities and from different directions.’

The client required the Stormen Concert Hall in Bordø, Norway, also to be used for theatrical performances. This was a challenge for Arup because theatres and concert halls have very different demands when it comes to room acoustics and the way they operate.

To give fullness to the music, a concert hall requires a reasonably long reverberation time – the time taken for a sound to decay by 60dB. However, a theatre must have a much ‘drier’ room acoustic so the audience can understand the performers.

Ned Crowe says: ‘We had an innovative system that involved large hinged panels, flown reflectors [suspended above the stage] and tracked panels, which could convert the space from a concert hall to a theatre. The SoundLab helped us demonstrate the differences between the two modes.’

‘It’s about balancing the clarity against the reverberance of the sound,’ he adds. ‘For spaces used for speech, you need more clarity than reverberance; in music spaces, you need both clarity – to hear the detail of the music – and reverberance, to give fullness to the sound.’

Next comes a process of convolution, which combines the impulse response with an anechoic recording – a ‘dry’ sound recorded in the absence of any reflections. The resulting sound can be played back in the SoundLab – an array of loudspeakers, set out in a sphere around the listening position, that reproduces the exact timing, strength and direction of the reflections as you would experience them in the room. ‘You get to listen to what that anechoic recording would sound like inside that particular room,’ says Crowe.

Any aspect of the performance-space design – its shape, form, geometry or materials – can be modified, while the receiver can be moved to the stalls, balcony or box, allowing the client to listen to the acoustic differences at any musician or audience location.

‘The real value in the SoundLab is that it allows the client to listen to the differences,’ says Crowe. ‘We tend to develop a number of options so that if, for example, there is a discussion about cost associated with the height of the ceiling, we could model both options and allow the client to make an informed decision about what the differences would be.’

Cundall has taken its acoustic modelling a step further by adding 3D graphics. Its VAR technology links graphics program Unity with an Oculus Rift VR headset and CATT Acoustic software, allowing clients to immerse themselves fully within a virtual model. Here, they can walk around the building and listen to the audio signal change.

Synchronicity is the key to its success, says Andy Parkin, head of global acoustics at Cundall. ‘If any aspect is out of sync, the whole experience is ruined, because any lag between the user moving their head and the image moving can create motion sickness.’ 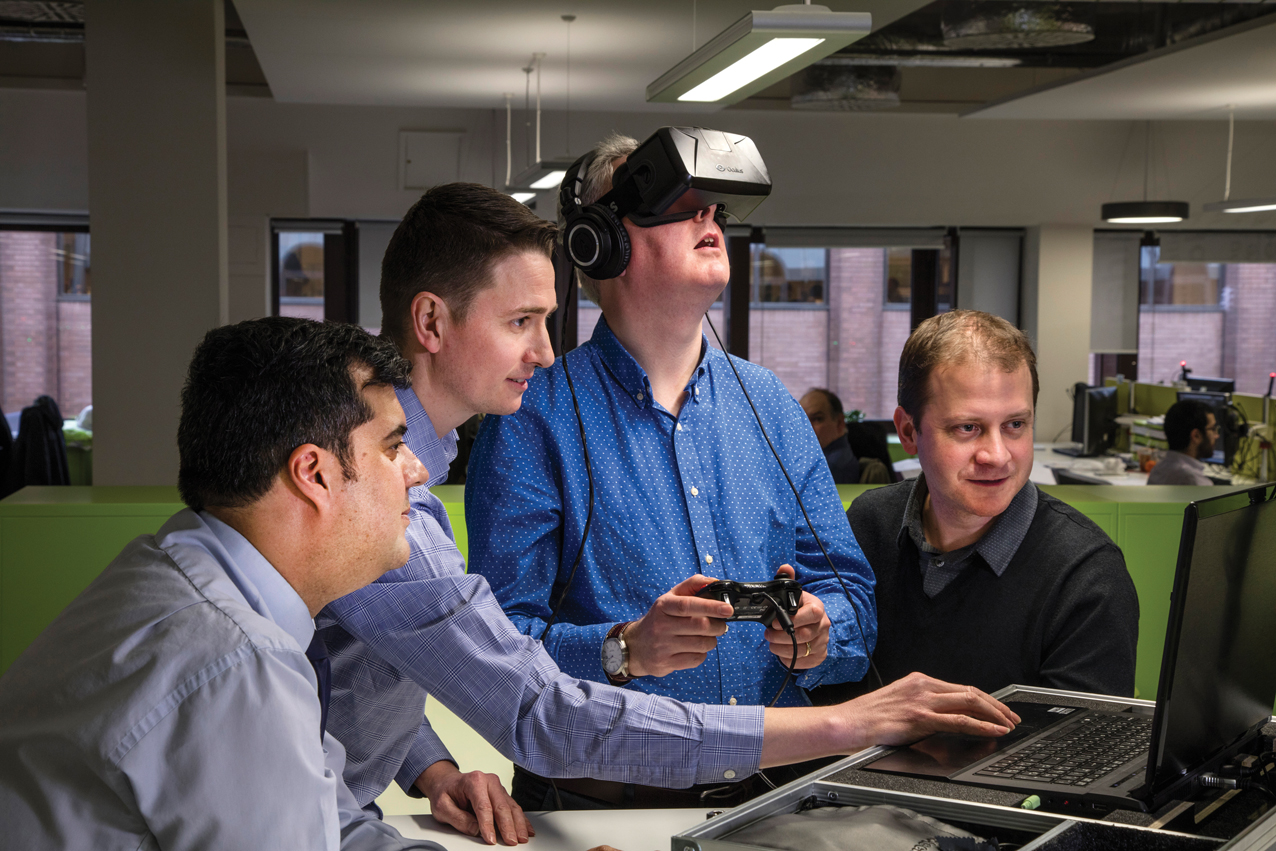 Cundall VAR maps out the virtual space with a grid of auralisations – so, as the user passes through the space, they go through different auralisation zones. Using an Xbox controller to navigate around a 3D representation of the building, the operator can listen to how the space sounds relative to their location, and assess sound clarity and the reverberation effects.

Although current computing power does not allow instant calculation of new scenarios, the virtual environments and acoustic models are pre-programmed, so comparative scenarios can be run.

Parkin says the technology has been most useful in the design of lecture theatres, because it lets consultants manipulate internal finishes and ‘value engineer’: ‘While a teacher is talking at the front, you can walk around and ensure the expensive acoustic finishes are applied only in the learning spaces, rather than in the periphery and non-learning areas, where clarity is not an issue,’ he says.

It also works the other way round. ‘If the finishes in the architect’s model do not work, we would be able to justify to the client why they need to spend more money on acoustic treatments,’ says Parkin.

Oculus Rift now allows multiple sound sources to be projected into the model. ‘That’s taken it beyond a lecture-theatre scenario and into a retail mall or open-plan office, where you can model speech privacy and the distraction efficiency of surrounding speech,’ says Parkin.

Cundall’s latest project, for the Retail Expo in Olympia in May, involves modelling sound in two shopping mall atria – one with hard finishes and the other with acoustic treatment – allowing users to walk between them and assess sound-quality changes and acoustic comfort. 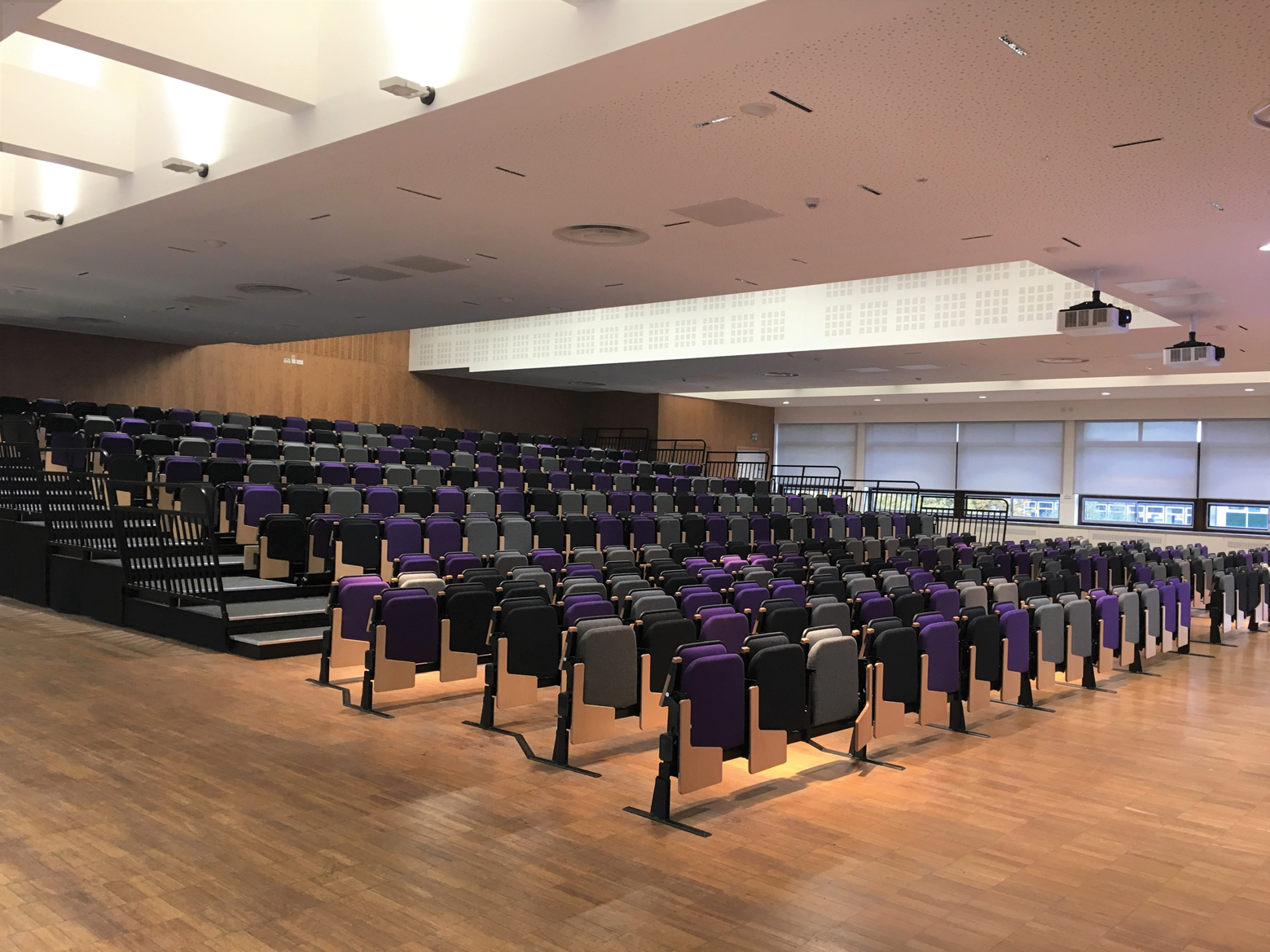 Parkin says: ‘Retail developers are taking sound a lot more seriously because, in a retail environment, it’s all about the time people spend in the space. There is the realisation that if we can make retail environments more pleasant, people will stay longer and are likely to spend more money.’

He adds: ‘People are getting the fact that, by spending money on the initial design, the return on investment can stack manyfold.’

Cundall is looking at VR in several contexts, including ways the auditory experience can be combined with more information from other design disciplines. ‘There are many different types of modelling software – Revit for building services and Dialux for lighting; what we’re trying to find is a common platform that can link all of these models together, until we have realised a fully immersive space.’

Parkin says VR companies, games designers and manufacturers are all working on the missing link and trying to reach a solution from different angles. ‘At some point we will have that ‘eureka’ moment.’ 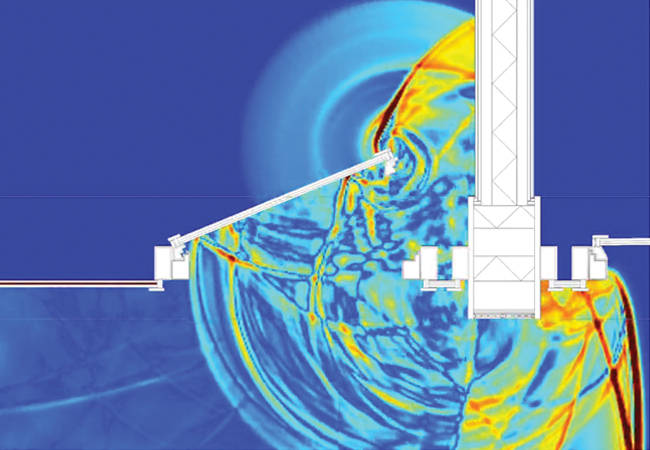 How audio visualisation can drive the natural ventilation of buildings 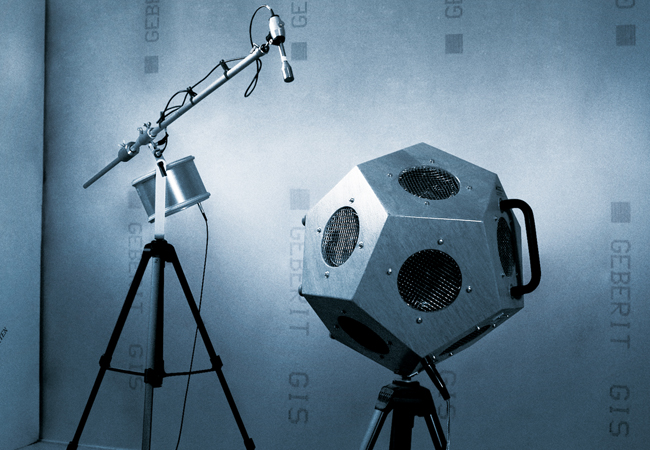 Peace of mind – CIBSE Guide B4