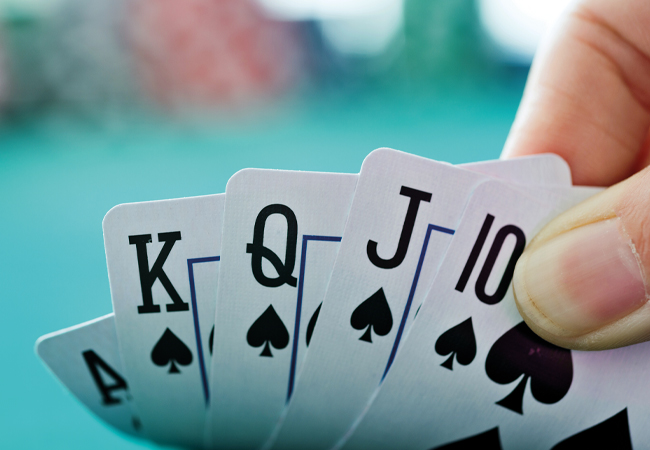 Property and construction is entering 2022 in a bullish mood. That is the verdict of the latest jobs and salary survey of the sector, carried out by recruitment consultancy Hays for the CIBSE Journal.

Nearly all construction and property employers surveyed are optimistic about the year ahead, with 98% expecting their organisation’s activity levels to increase or stay the same over the next 12 months. 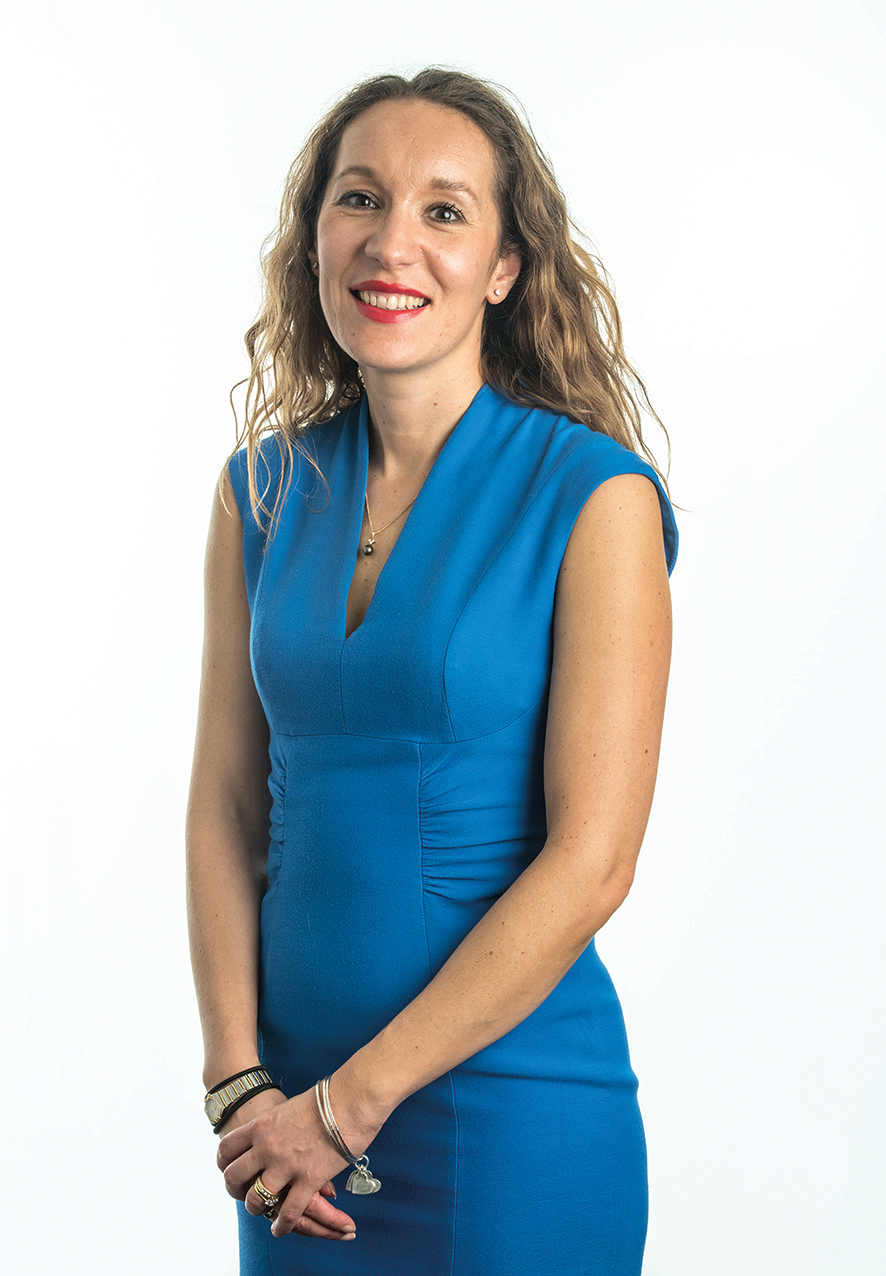 The survey was conducted before the emergence of the Omicron coronavirus variant, which sparked renewed restrictions and economic uncertainty in December. However, Gaelle Blake, director for construction and property at Hays, says sentiment has rebounded sharply since the new year, as it has emerged that the variant is not as severe as first feared. This relief has poured oil on what was already a ‘hot market’, she adds.

Reflecting this buoyant outlook, 83% of construction and property employers plan to recruit over the next 12 months, an increase on the figure of 70% recorded in last year’s survey. For Blake, who oversees permanent recruitment for Hays across all sectors, this level of anticipated recruitment is unprecedented. ‘I’ve not seen that sort of level in any industry,’ she says. 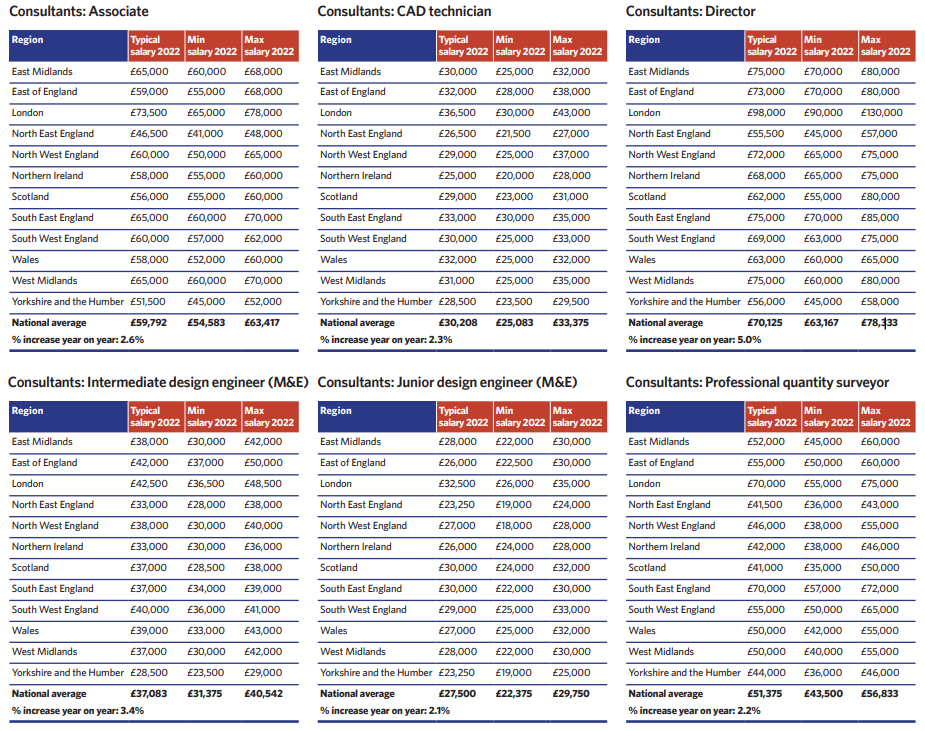 Confidence has also grown among professionals. The proportion of building services engineers who feel positive about their career prospects has nearly doubled, from 35% this time last year to 68% now. ‘There is no doubt lots of people are moving,’ says Blake.

The experience of working remotely has bred a more footloose relationship between employees and companies, she adds: ‘People’s emotional ties to organisations have loosened, because they haven’t been in the office and are more willing to move.’

This more turbulent hiring environment means that human resources departments must up their game to ‘Olympic athlete’ levels, Blake says.

‘Anyone who thinks head hunters aren’t after their staff are out of touch,’ she adds. ‘Employers need to really think about what they can do proactively.’

Tom Naughton, associate at heat network specialist engineers FairHeat, says: ‘We’re desperately trying to hire, and could increase by another 20% to 30% if we could find the right people.

‘The biggest risk to our business is probably finding enough talented people to fill the roles, particularly at senior level.’

The ‘Great Resignation’, as it has been dubbed, has been fuelled by the very low level of job movements during and before the pandemic, when there was considerable uncertainty about the economy’s post-Brexit prospects, says Ray Upjohn, chief executive of ChapmanBDSP. ‘It probably wasn’t the environment to go to your partner to say you are leaving your job,’ he adds.

The main reason engineers say they want to leave their current role is the salary or benefits package (27%), narrowly pipping location (26%). More than half (60%) of building services professionals told Hays they would be prepared to accept a lower-paid job for a better work-life balance or a job with more purpose. Meanwhile, more than three-quarters (78%) say that an organisation’s purpose is important when considering a new role.

FairHeat’s specialism – installing heat networks, a key technology for delivering the transition to net zero emissions – is an important selling point with potential employees. ‘A key reason lots of young people want to join us is because it’s about sustainability and using their skills to fulfil their ideals,’ says Naughton, who adds. ‘Pretty much everyone’ who applies to the company shares this idealism about tackling climate change.

A third (33%) said they would be prepared to take a lower-paid job for a better work-life balance alone. Nearly half (48%) would be tempted to change employer if they offered flexible hybrid working options. As a result of the Covid-19 pandemic, 47% said they would prefer their organisation to increase its focus on flexible working arrangements. 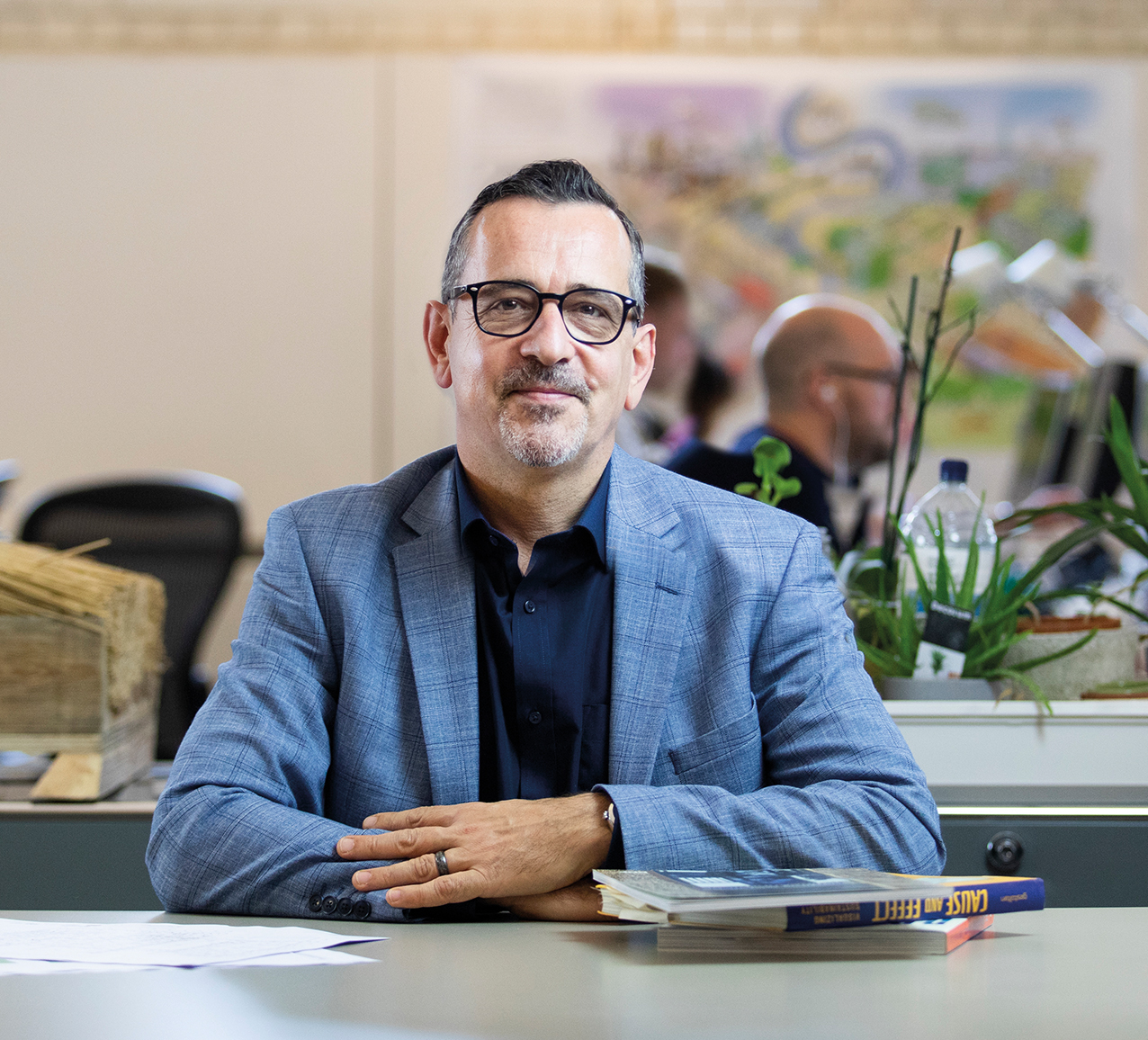 Andrew Swain-Smith, chair of building services engineering at BDP, believes there has been a ‘collective reappraisal’ of what is important, which is manifesting itself in recruitment and retention decisions – and employers must take this sea change in attitudes on board.

‘People are looking to move for reasons other than an increase in salary,’ he says. ‘Clearly, people don’t change jobs without seeking to maximise the opportunity to increase their salary, but I don’t see that as a driver in the same way as in the past.

‘They may be looking for jobs, but not necessarily for more money. With flexible working, people are looking at potentially working more locally. Hybrid working is one of the very first things people ask about: people have re-evaluated their work-life balance and are less willing to work huge hours in the centre of London to drive up their salary.’

ChapmanBDSP has lost some engineers to different industries, while others did not want to commute after the return to the office, says Upjohn. ‘They took the opportunity to move out and then realised how difficult it would be to commute,’ he says. 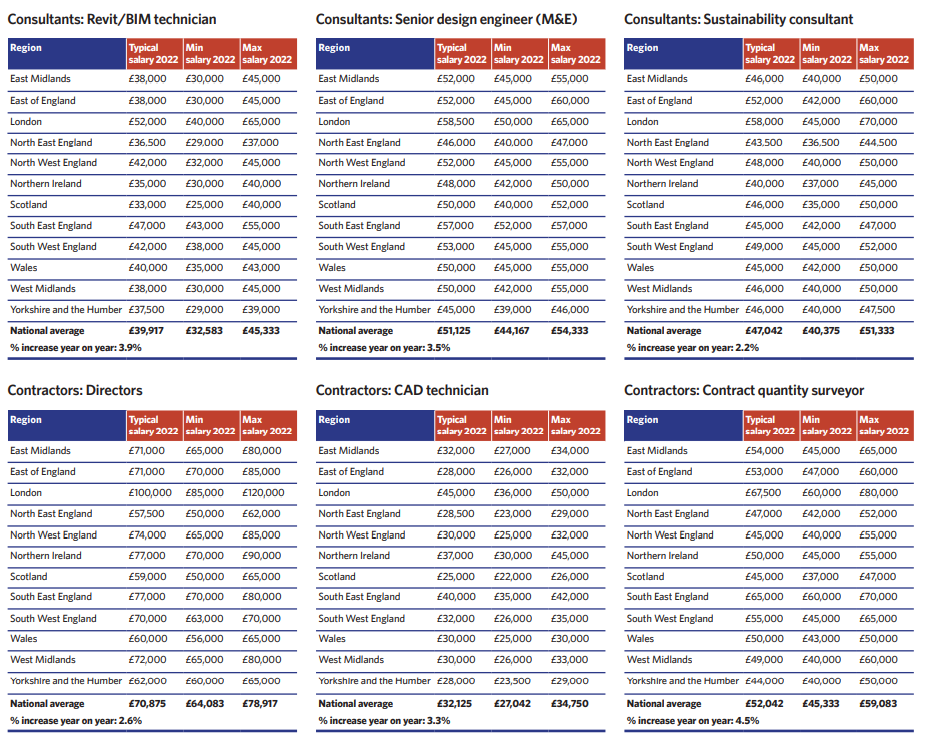 Eventually, salaries will move back up the agenda as cost of living pressures bite, says Swain-Smith. ‘You are going to get to the point where money starts to matter again,’ he adds.

The survey also shows a growing appetite among construction and property employers to hire permanent, rather than temporary, staff; two-thirds (64%) plan to hire permanent staff, compared with 47% last year.

This shift has been driven by changes to the IR35 anti-avoidance tax legislation, which has made it more difficult to hire contractors, according to Swain-Smith. ‘There is a fundamental and irreversible shift away from contractor status to either employing people on permanent or fixed-term contracts. This has probably driven it as much as any greater sense of confidence,’ he says.

Upjohn agrees. ‘It will get harder to employ contractors. We’ve probably got fewer contractors than we’ve ever had,’ he says.

There are other reasons behind the shift to employment of permanent staff, however. ‘Businesses see sustainable growth: if they see full order books, they don’t want someone to walk away with a week’s notice,’ says Blake, who adds that many contractors who previously enjoyed regular work have been ‘scarred’ by loss of work during the pandemic.

The survey shows a growing appetite among construction and property employers to hire permanent, rather than temporary, staff

The boom in activity is fuelling skills shortages: nearly three-quarters (73%) of construction and property employers predict that there will be a shortage of suitable applicants in the next year, up from 55% the year before. The proportion predicting greater competition from other employers has also increased, from 44% last year to 55% in the latest survey.

Pay rises are also being fuelled by the boom. In building services, the average salary rise was 3.4% last year, rising from 1.1% the previous year. This outstripped the overall figure for construction and property, with salaries across the sector increasing by an average of 2.6%, up from 1.1% the year prior.

More than half (56%) of building services professionals expect their salary to increase over the next 12 months. Blake believes this figure for salary rises would have been even higher at the end of year, when she was seeing increases as high as 10%. ‘They [employees] are dictating what they want,’ she says. ‘I feel for firms, because it such an acute shock.’ 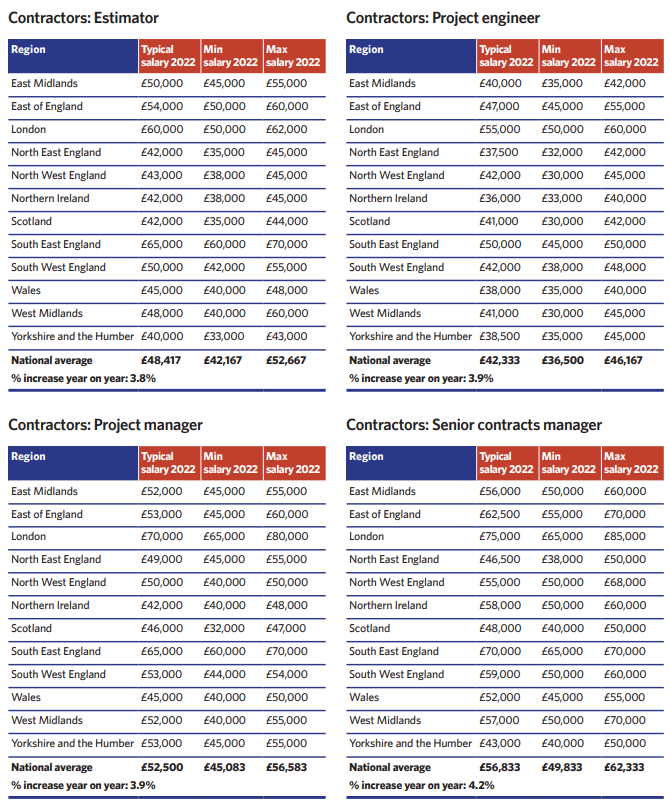 Perhaps better news for companies is the survey’s finding that two-thirds (66%) of building services professionals say they could be tempted to stay at their current role if they receive a counter offer with increased benefits and pay. However, a culture of counter offers can create problems for smaller companies, which may find themselves outbid when candidates go back to their existing employer for more money, says Naughton. ‘We get priced out, because we can’t compete with bigger consultancies on that level,’ he adds. 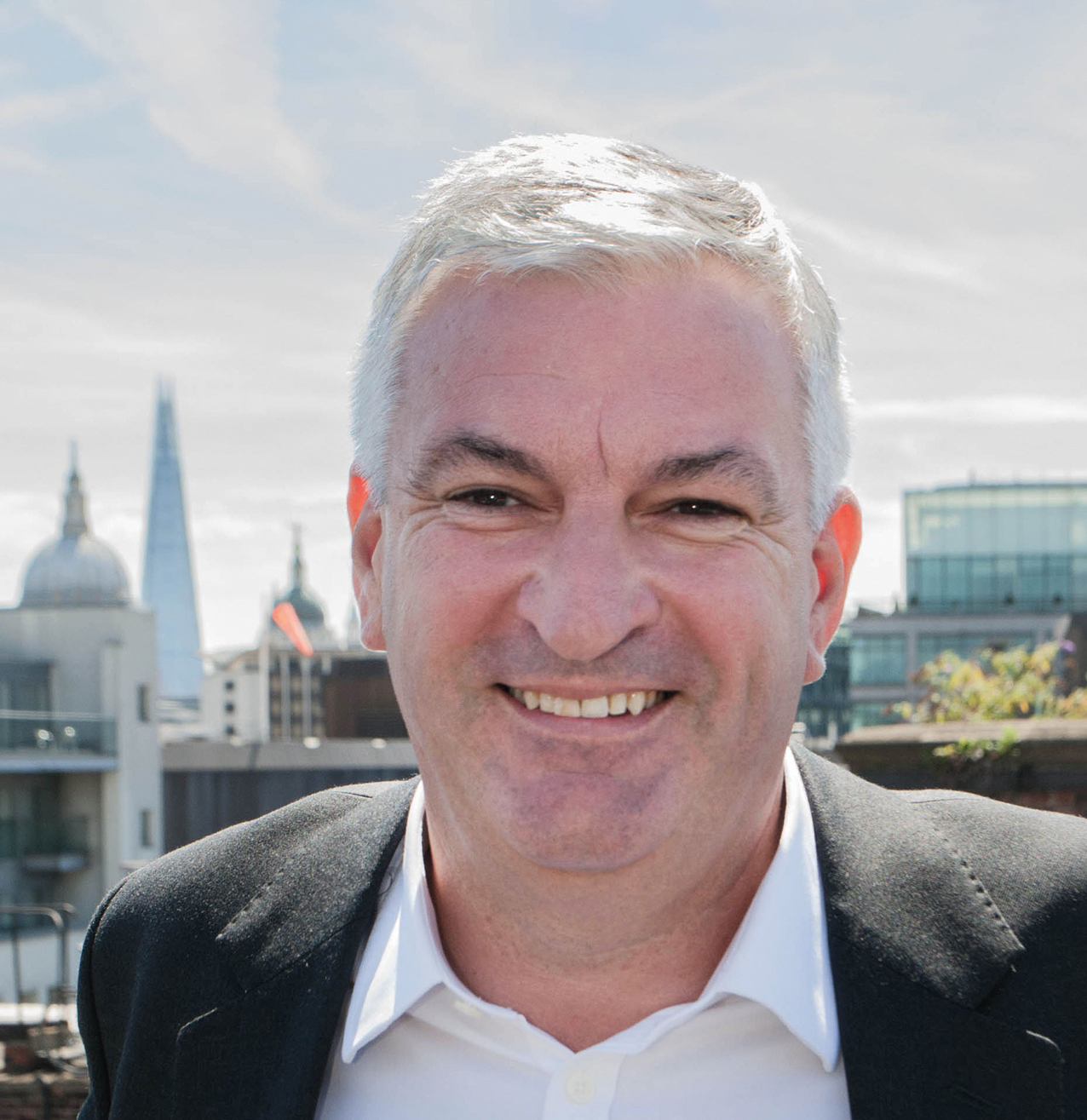 Building services professionals increasingly want firms to be clearer about pay. Two-thirds (64%) believe it is important for their organisation to be transparent about how pay levels and pay rises are set – an increase from 51% last year.

Transparency on pay has grown as an issue over the past 10 years, according to Upjohn, who says: ‘It’s almost a demand now.’

‘We have to do something to prove to people that, even if they are working in different groups, there is some consistency,’ he adds, referring to the company’s group structure organisation.

In the current environment, companies will need to get the balance right with employees, says Blake. ‘If you do, you are going to keep them. If you don’t, you will lose them, because there are so many jobs. If you don’t sort it, the market is brutal.’