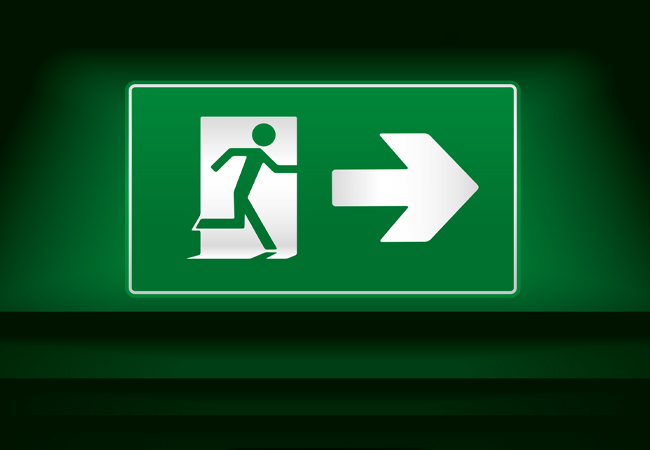 Five years after the Grenfell Tower disaster marked a nadir for the construction industry, the new Building Safety Act is set to bring a fundamental change to the way building safety is regulated and controlled in England.

The regulatory framework of the act will establish new duties and accountability for those responsible for the safety of high-rise and complex buildings, including three ‘gateway’ decision points during the planning and construction process. Responsibility for the regime lies with a new Building Safety Regulator (BSR) under the auspices of the Health and Safety Executive (HSE).

The changes are fundamental and there are signs that the industry has not yet got to grips with the new regime.

In May, the Planning Gateway One (PGO) service at HSE raised concerns on more than half of applications it was required to be consulted on for the first safety decision point at design and planning stage.

Gateway One, at the planning application stage, came into force through changes in planning law on 1 August 2021. It mandates statutory consultation with the HSE, and requires the developer to submit a fire statement setting out fire safety considerations specific to the development with a relevant full planning application.

According to HSE’s PGO service, a number of fire safety design issues have been identified with applications such as smoke vents and external wall openings close to neighbouring properties and restricted or non-existent access for fire appliances.

The HSE also highlighted issues such as single fire shafts – the only means of escape for residents on upper storeys – that could easily become compromised where they connect with higher fire risk areas, such as car parks or waste storage facilities.

‘Feedback from local planning authorities is that they are supportive of what we’re doing,’ he said. ‘They are rightly concerned about granting planning permission for developments that we have identified as unsafe, and reluctant to provide consent where fire safety concerns hhave been raised.’ Others question whether the scope of change the reforms bring has been fully appreciated and understood. ‘There is a huge piece of work getting people to understand the change in the building control regime,’ says Hywel Davies, technical director at CIBSE.

‘It’s not going to be the same people doing the same jobs – it’s the HSE fundamentally changing the way building control works. It will be risk-based and evidence-based, and in reality, this is not how building controls works at the moment. We have to start communicating this more.’

The Local Authority Building Control (LABC) – which represents all local authority building control teams in England and Wales – has also warned that despite the five-year lead-in period, publication of this act will come as a shock to many who have not yet started preparing for the changes.

The act, which received Royal Assent on 28 April, will see a wide range of regulatory changes come into effect, impacting on the design and construction of buildings. At each of the three gateway points for high-risk buildings, the regulator will assess whether duty holders are properly considering building safety and meeting regulations. The new regime also introduces competency standards for work on building and provisions to strengthen the regulation of construction products.

While Planning Gateway One is already in operation, Gateways Two and Three are due to come into force in 2023. Gateway Two will be before building work starts and Gateway Three will be for when building work is completed. 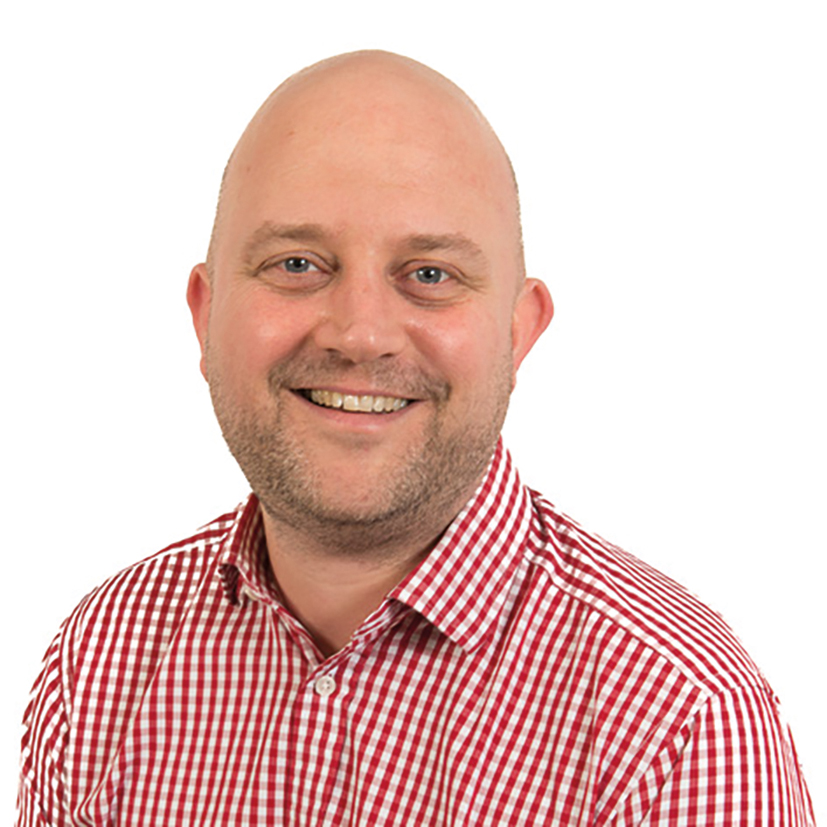 Mark Wilson from the HSE

Gateway Three is a stop/go point and building approval must be obtained from the BSR before higher-risk buildings can be occupied. Applicants must demonstrate how building work complies with Building Regulations to assure buildings are safe to occupy. The applicant must present plans and documents that reflect the as-built building, and this will form part of the Golden Thread of information.

Major changes between Gateways Two and Three will require building control approval before they can be made.

It will also take responsibility for building controls to provide stronger oversight of safety and performance for all buildings, introducing the new safety regime for high-rise buildings (see panel, ‘The new building control regime’). It will have to approve higher-risk residential projects over 18 metres or with seven storeys that have two or more separate homes through the planning application stage and at initial building control stage. 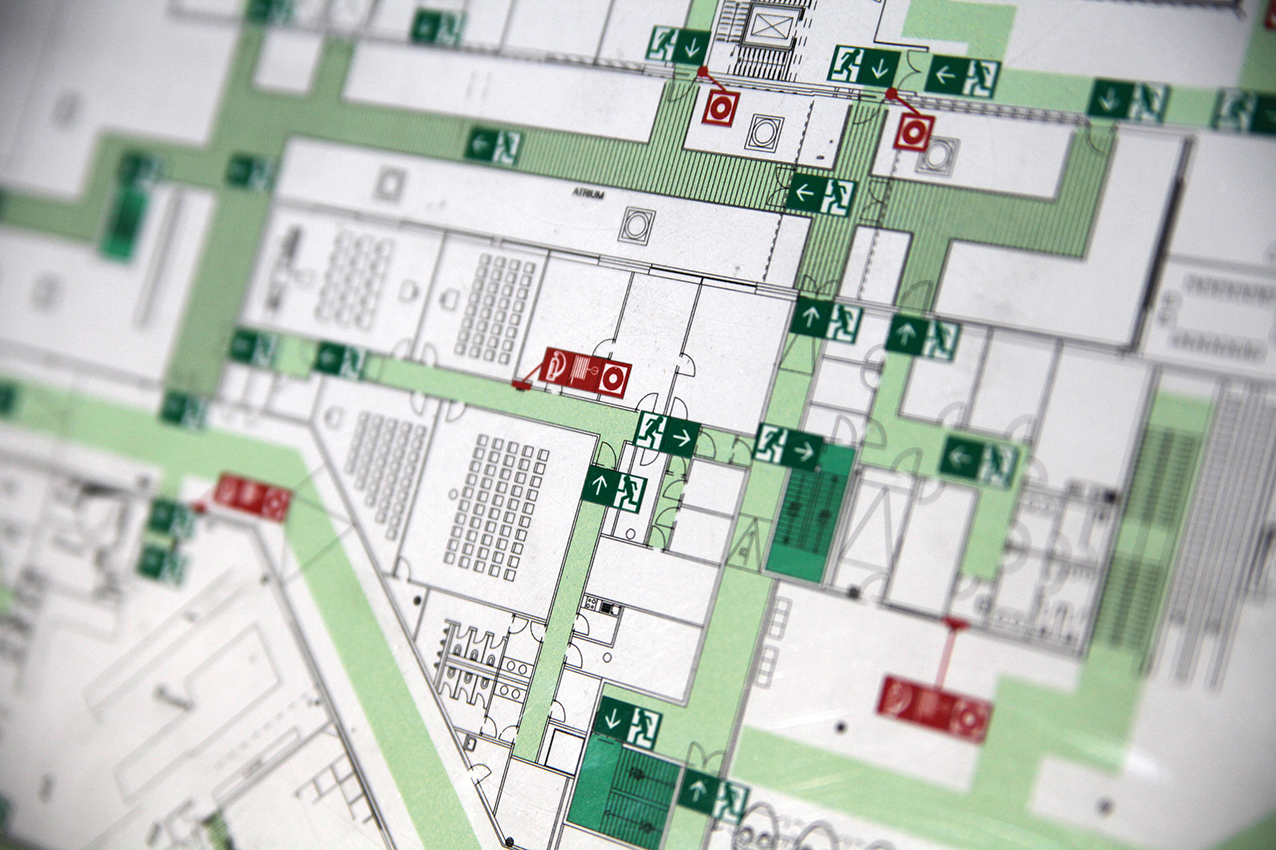 Although the act came onto the statute book in April, a number of the provisions will come into effect in stages, some in the first 12 months, but the majority scheduled to come into effect 12-18 months after Royal Assent, including Gateways Two and Three. Secondary legislation to complement the act is expected to be introduced following consultations, some of which are scheduled for the summer.

However, Wilson says industry needs to stop thinking that fire safety should only be dealt with at the Building Regulations stage – it starts at planning. ‘Designers need to respond to the good practice that is being established so fire safety design standards are raised at the start of a building’s life-cycle,’ he says.

Despite the number of building applications that are raising HSE concerns, Wilson says their intervention is having an impact: ‘In general, most developers want to do the right thing – most of them respond positively to what we say, and they are increasingly amending their plans based on our feedback. For example, they are adding additional firefighting shafts, moving fire mains, improving fire appliance accessibility, removing firefighter hazards, and changing designs to protect escape routes and prevent fire spreading.’

The initial figures from HSE PGO suggest that many designers still need to adjust to the demands of the new fire safety regime. Teodor Sofroniev, principal fire engineer at Cundall, says: ‘With regards to my role, I think it’s important to say that this isn’t about fire engineers doing something differently or implying that they need to do more, it’s more about making the process more robust and requiring design teams to consider fire safety at an earlier stage.

The Building Safety Act, which will affect all English and Welsh local authorities – not just those with tall residential buildings in their area

‘There have been too many cases where fire engineers and authorities have been engaged too late in the process, at which point implementing the best solution for fire safety may be more difficult or costly so there’s pressure to compromise.’

As the gateways are implemented during the design and construction process, Sofroniev says, there will be risks of delays that can have considerable financial impact.

Stephen Jeffery is Mace’s chief technical officer and heads up its group technical services team. He says the firm is well placed, having taken a number of detailed actions to prepare for the implementation of the act over the past five years. He believes it offers positive change, and the impact of the initial PGO changes will improve the design process. ‘If the legislation is successfully implemented we should see a safer, more competent and digitally driven industry,’ he says.

Jeffery says designs are going to have to be far more complete at an earlier stage than they are currently. ‘Value engineering and provisional sums are likely to be frowned upon as any of these design changes will need signing off by the regulator. This could significantly delay a project, and who carries this risk? This is why the act is often referred to as the “designers’ charter”. Designs will need to be much better detailed, drawn and substantiated at the planning approval stage. This represents a sea change in adopted building practices,’ he says.

While the focus may be on its role in the oversight of high-rise buildings, the BSR-led regime covers all building work that requires building control approval – whether through a building notice or full deposit of plans, while the BSR will set standards for building control officers.

It will have oversight of enforcement of Building Regulations, with potential criminal sanctions in the worst cases.

As such, local authority building control surveyors will form part of the regulator’s multidisciplinary team alongside HSE inspectors and fire service officers. These teams will work together to regulate new buildings and refurbishments and will have a significant role in assessing and certifying the 12,500 existing high-rise buildings in England covered under
the new legislation.

The HSE’s operational timetable to prepare the new building safety framework indicates that new buildings, where work starts on or after 1 April 2023, must follow the gateway approval process during design and construction introduced under the new regime.

Existing higher-risk buildings will have to be registered between then and October 2023. New buildings where work is already under way before 1 April 2023 must be registered on occupation. From April 2024, the BSR is scheduled to start calling in buildings for assessment and issuing building certificates.

Everyone who works in the building control profession, whether public or private sector, will be required to join the new building inspector and building control approver registers, which open in April 2024, if they want to continue to practise. The registration deadline for this will be October 2024.

Wilson advises developers not to rush fire statements provided with planning applications, or put them together as an afterthought to the plan, and to make sure the information is consistent with other documents submitted at planning, because they all will be scrutinised.

‘We’re not averse to fire-engineered solutions, with departures from fire standards but we do require evidence at planning stage to back up any departure from them to demonstrate equivalence with fire standards in terms of level of fire safety that’s being offered.’

Although half of applications have raised concerns, Wilson believes this may be something of a wake-up call. ‘The industry’s becoming more aware of us. I think the initial impression given of us may have been that we were going to provide a light-touch regime, and we would only comment on issues like cladding and fire service access. The reality is that we’ve been applying the fire standards in the way the industry has not been used to. We’re giving it an indication now of what a more stringent regime is going to look and feel like in the future.’

Wilson says the BSR can help by offering pre-application advice and communicating information generally at Planning Gateway One. He hopes this will ultimately raise standards. ‘When Gateway Two and Three start up, they will be in a better position, certainly in terms of builds that have come through Gateway One, to apply their parts of the regime.’

More Information
Visit the HSE’s pre-application advice service
To get updates on developments with the BSR, sign up to the e-bulletin