This CPD will consider the increasingly pressing need to decarbonise the energy networks and will focus on the potential opportunities to meet the UK energy demand by producing, distributing and burning ‘green’ hydrogen (H2) in heating appliances.

On 17 June 2019, the UK became the first major economy in the world to pass laws committing to end its contribution to global warming by 2050. The recent report1 by the Committee on Climate Change (CCC) noted that, as a result of the Covid-19 crisis, 2020 global greenhouse gas emissions are expected to fall by a record 5-10%. But this effect is temporary, and the determination is that CO2 emissions must be cut consistently year on year to reach global net-zero emissions to ‘halt global warming’. The report suggests, as demonstrated by the rate of social change during the pandemic – and drawing on the results of a UK poll – that the British public are ‘now more aware of external risks and continue to favour action to tackle climate change’.

Developments towards net zero are not only more commonly valued but are now inevitably linked the with the plans for a resilient recovery from Covid-19. As a further driver for change, the UK will host the 26th ‘Conference of the Parties’ climate summit (COP26) in Glasgow in November 2021 – a year when the UK also holds the presidency of the G7. The international stakes have recently been increased by Chinese President Xi Jinping’s announcement at the September 2020 meeting of the UN General Assembly that China aims ‘to have CO2 emissions peak before 2030 and achieve carbon neutrality before 2060’2 with a call to all countries to ‘achieve a green recovery of the world economy in the post-Covid era’. The EU has similarly lifted expectations by recently announcing that climate legislation will be updated in 2021 to meet a 55% net greenhouse gas emissions reduction target by 2030 – up from the previous goal of 40%.

Attributes of H2 for combustion appliances

The UK’s 23 million-plus homes account for about 60 million tonnes of CO2 emissions each year.3 As discussed by the Energy and Climate Intelligence Unit (ECIU)4 and CCC,1 the route towards ‘decarbonised’ heat in the UK can take several complementary paths. This includes: the use of renewable electricity to meet heating needs directly – for example, by powering heat pumps; the combustion of low carbon fuels – such as by replacing natural gas used with hydrogen or biomethane; fourth- and fifth-generation5 district heat networks; hybrid systems, combining both electrification and hydrogen, where heat pumps could be used to meet the majority of heat demand (possibly linked into heat networks), with hydrogen gas boilers being used for peak lopping or to produce higher temperatures economically; and biomass used to replace more polluting fuels in off-grid properties.

As illustrated in Figure 1, the demand for daily heat energy required in the UK is significant and, for most of the year, substantially more than the electrical energy demand. The current energy supply systems are only able to supply the combined load because the gas network is capable of meeting the main part of the peak winter daily heat demands, and delivers energy alongside the electrical network. Neither network could cope on its own.

The UK’s National Infrastructure Strategy – delayed to accommodate the needs of pandemic recovery – will set a vision for infrastructure development over the next 30 years consistent with net zero. It is expected that it will prioritise early funding for areas that will support the recovery and prepare for net zero and the impacts of climate change. These will include, among others: energy efficiency in buildings; heat networks; hydrogen production; and carbon storage infrastructure. The much-anticipated UK Energy White Paper, which will hopefully6 be published this autumn – alongside the heat and buildings strategies – is expected to identify that low carbon hydrogen is critical to achieving net zero, and that it needs deployment at scale in the current decade. As identified in the CCC report, ‘risk sharing mechanisms for the first users and producers of low carbon hydrogen are likely to be required, in order to develop a market for low carbon hydrogen’.

Natural gas, which is made up of approximately 90% methane (CH4) with a trace of hydrogen, is delivered to consumers through a gas distribution network that serves more than 80%7 of UK homes. Until the late 1970s, the network had conveyed ‘town gas’ (or coal gas) that was manufactured by the destructive distillation of coal. Town gas was a composite, with about half being hydrogen and a third methane. Since 2002, a programme of upgrades for the 284,000km of pipelines in Britain has replaced much of the legacy cast-iron pipework with plastic pipes, and aims to create ‘a hydrogen-ready gas grid in towns, villages and communities across the country’9 by 2032. H2110 is a set of research projects that are currently determining whether the network in 2032 will be equally as safe operating on 100% hydrogen as it is natural gas (see ‘Attributes of H2 for combustion appliances’ boxout). However, for practical reasons, as discussed at length in the recent paper Hydrogen and decarbonisation of gas: false dawn or silver bullet?,11 establishing the complete suitability of the gas supply network for hydrogen is not a straightforward task owing to the plethora of materials and components involved. The longer-term ambition of the H21 project is that by 2050 their research will provide a pathway for hydrogen to provide 62% domestic and 48% of non-domestic heat energy – a total of 56% of all UK heat, which will contribute 17% of the required reduction needed to meet the target of the UK Climate Change Act 2008.

A recent report12 by the Offshore Wind Industry Council (OWIC)/Offshore Renewable Energy (ORE) Catapult indicates that it is realistic to predict that wind generation could potentially ‘produce up to 600GW in UK waters, well above the figure of 75-100GW likely to be needed for UK electricity generation by 2050’, so providing a prime resource for low-cost ‘green’ hydrogen generation. Whatever the ‘colour’ of the supplied hydrogen (see the boxout ‘Three shades of H2’), fully decarbonising heat will mean changes in consumers’ systems– such as hydrogen boilers, cooking hobs and gas fires. 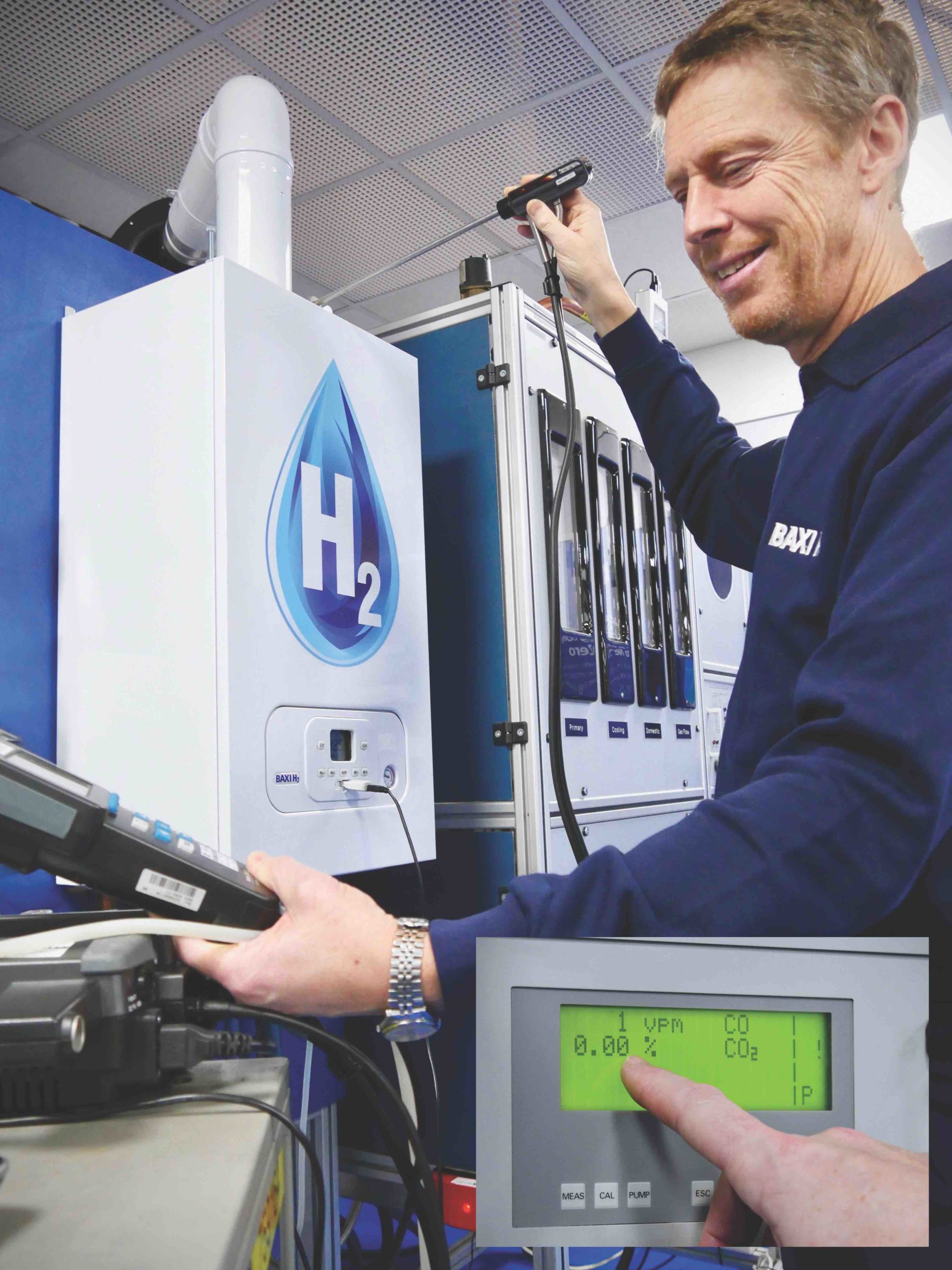 Figure 2: A 28kW wall-hung hydrogen gas boiler that is part of the programme to develop new system appliances (Source: Baxi)

The UK Department for Business, Energy and Industrial Strategy (BEIS) Hy4Heat Research and Innovation Programme (part of the £505m Energy Innovation Programme) is working with manufacturers to establish if it is technically possible, safe and convenient to replace natural gas with hydrogen in residential and commercial buildings, and in gas appliances.13 The programme has 10 work packages that are considering technical development, applications, demonstrations and trials required to roll out a successful hydrogen economy, as illustrated in Figure 3.

Manufacturers have already built 100% hydrogen-ready boilers,14 such as the 28kW demonstration boiler in Figure 2, so technology is practically in place for drop-in replacements for existing natural gas boilers. The developments, as part of the Hy4Heat programme, have considered aspects including: the increased flame speed; combustion control and detection; flashback prevention and mitigation; material compatibility; and the increased volume of condensate. The resulting field trial-certified appliances have comparable size, weight, efficiency and performance as those currently used with natural gas,15 and provide a ‘hydrogen-ready’ path for system specifiers. Additionally, they benefit from exceptionally low nitrogen oxides (NOx) emissions and pose no risk of producing carbon monoxide (CO).

An interim stage currently being trialled in the HyDeploy project16 in Keele is introducing up to 20% by volume of hydrogen gas into the private university natural gas network of 130 homes, to evaluate whether the gas can be safely used as a direct replacement for the natural gas serving the existing appliances. (Appliances produced after 1993 conform to the gas appliances directive and will have already been tested with up to 23% hydrogen.) Introducing 20% hydrogen reduces end-user carbon emissions by approximately 7% compared with natural gas – the hydrogen on this project is produced by an electrolyser to split water into hydrogen and oxygen. The project commenced in 2019 and, so far, there have been no reported adverse effects despite extensive testing and analysis. A frequently voiced concern is the small molecular size of hydrogen compared with methane. The HyDeploy team notes17 that hydrogen molecules have ‘a kinetic diameter of around 280 picometres compared with 380 picometres for methane’ and that ‘detectable leaks on a network or installation typically happen through hairline cracks of 100-500 micrometres – around a million times bigger than the molecules of both methane and hydrogen’. Output from the Hy4Heat programme concluded that leaks are of a similar order for both hydrogen and methane, and that ‘a good system in methane is a good system in hydrogen’.

Figure 3: The hydrogen economy envisaged for the UK (Source: Hy4Heat21)

The likelihood is that the UK’s future energy policy will embrace a mix of technologies and energy sources. Each will offer particular benefits as well as specific detrimental impacts or challenges in use, and there are areas in the UK that are likely to always be beyond the reaches of the gas network. The use of hydrogen for combustion can deliver a wide range of output temperatures and, once a network is fully commissioned, it can provide a reliable and cost-effective means of supplying heat energy. Condensing hydrogen gas-fired boilers in development have been tested in field trials and shown to be performing safely and at least as efficiently as the natural gas boilers that they would displace. The HyDeploy project is examining the social acceptance of hydrogen, as the level of popular support is an important consideration when evaluating the feasibility of employing hydrogen in the transition to net zero.

The ultimate success will be measured by the environmental impact of system and operational carbon emissions. The reuse of the existing gas distribution network limits the additional embodied carbon that would otherwise be produced when creating an extensive new nationwide network and, together with the promised availability of plentiful zero-carbon hydrogen to fuel the nations heat demands, provides a strong case for the further development of a truly green hydrogen gas network.

Hydrogen can be extracted from fossil fuels and biomass, from water, or from a mix of both. Hydrogen production is typically characterised by one of three conceptual colours.18

Grey hydrogen is currently the most prevalent, produced from processes that utilise natural gas while generating significant CO2 emissions.

Blue hydrogen signifies that the carbon emissions from production are subject to capture, utilisation and storage (CCUS) – currently adding a significant cost.

Green hydrogen is generated through electrolysis by renewable energy sources that have (practically) no carbon emissions.

Although grey hydrogen is currently cheapest (world production cost between £0.6-£2 per kg19), forecasting must account for the volatility of gas prices and vagaries of regional prices.

Producing enough hydrogen for the UK’s heating needs alone would require 8 million tonnes of hydrogen a year, up from the annual 0.74 million tonnes made today (which is almost entirely used by industry).20 Mass production will require large volumes of cheap green electricity, as well as practically feasible opportunities for CCUS.