Legionella control and avoidance of risk are essential for the appliances and systems used for heating and hot water. Despite reports of recent research1 offering hope that there could be a more effective treatment for Legionnaires’ disease, those who currently contract the illness require several weeks of antibiotic treatment. From 2011 to 2013, 84 deaths from Legionnaires’ disease were recorded in England and Wales (including overseas travellers), with most deaths occurring in people who are 70 years of age or older.2 The whole supply chain – from manufacturers to designers, contractors and facilities operators – must be aware of the risk that legionella presents to building users. This article will expand on the material that was covered in previous CPD articles (April 2015 and October 2015), as well as highlighting other sources of guidance and active measures when considering potable hot water systems that are aimed at reducing the impact of legionella bacteria (Figure 1) on building occupants. 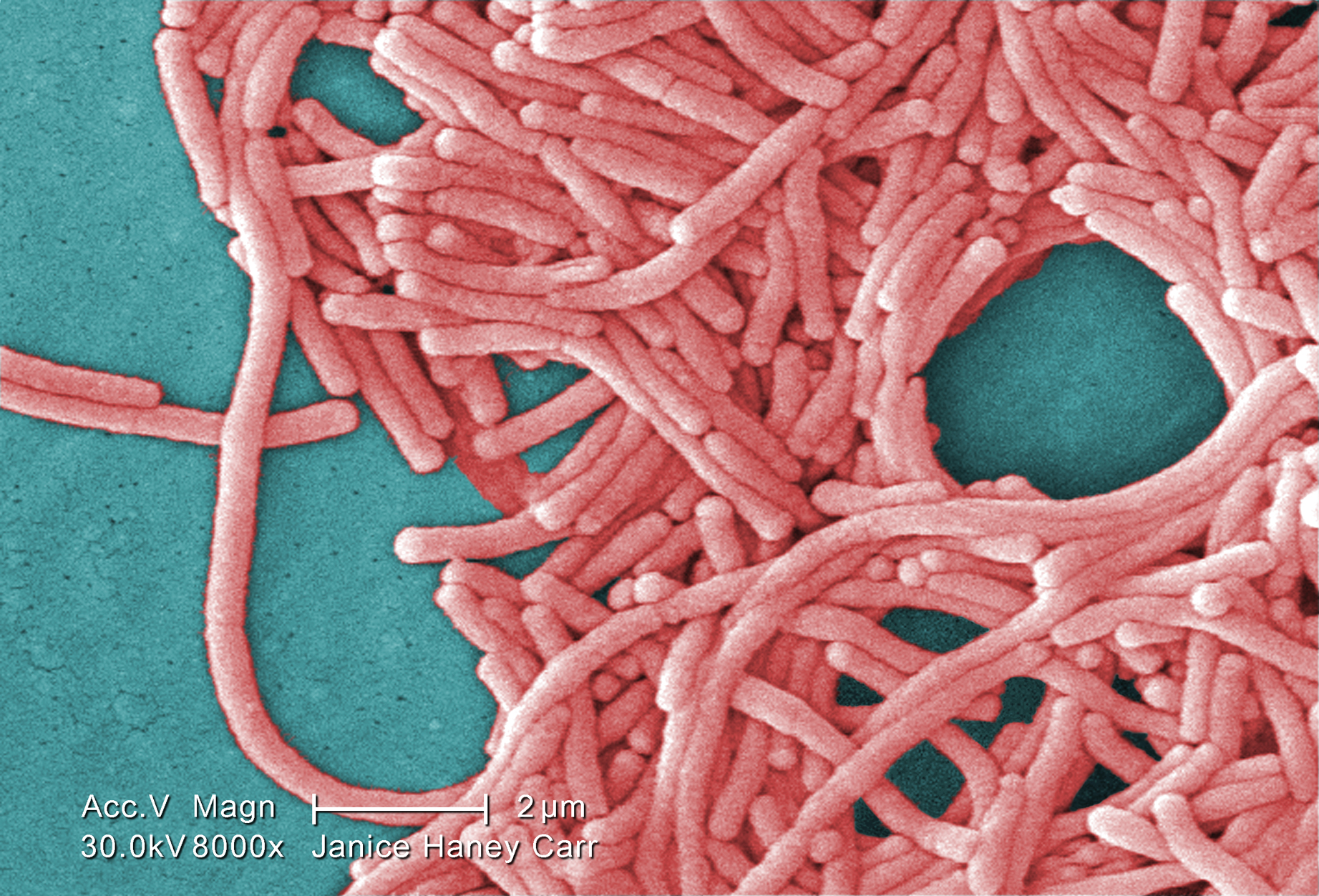 Figure 1: Legionella pneumophila – likely to be the cause of 90% of reported Legionnaires’ disease (Source: Janice Haney Carr/CDC)

Legionnaires’ disease is transmitted to those who are susceptible to infection predominantly through the inhalation of aerosol water droplets that are contaminated with the legionella bacteria – there is no evidence of person-to-person transmission. The potential sources of legionella are numerous – the organism is found in small quantities in the ground and so also in groundwater – and it will multiply in water at temperatures from approximately 20°C to 50°C, with the greatest rate in stagnant water at temperatures of 35°C to 46°C. So any building system that creates both a potential breeding ground and a means of producing an inhalable aerosol present a risk of Legionnaires’ disease. Everyone is potentially at risk of developing Legionnaires’ disease. But most likely2 to be a risk are those who:

The most recently reported 2014 European3 data indicated there were 13.5 cases per million inhabitants (compared with the UK’s reported incidence of six cases per million, from a total of 370 cases), which was the highest ever observed. In the USA, CDC4 estimates that between 8,000 and 18,000 people are hospitalised with Legionnaires’ disease each year. These are almost certainly5 underestimates of the true incidence of Legionellosis, as symptoms are often similar to the influenza virus and other types of bacterial pneumonia, and routine laboratory tests will not readily identify the legionella bacteria.

Supplying building users with hot water that is safe and practically useful – to minimise the risks both of scalding (as illustrated in Figure 2) and that from legionella – creates a challenge. Where a property is used as commercial premises – including landlord’s rented accommodation– then there is a duty of care to protect employees, tenants, and the public from the possible dangers of hot water systems, including both scalding and legionella.

To assist in assessing and in managing the risk, there are several publications available that may be used to guide the whole installation supply chain, as well as the end user and operator. 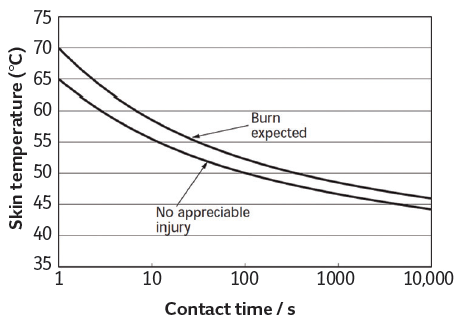 Figure 2: The relationship between temperature and time to cause a scald (Source: CIBSE Guide G, Health issues in building services, 2006)

In the UK, the predominant organisational guidance is the approved Code of Practice L8 – The control of legionella bacteria in water systems, HSE L8.6 The associated technical guidance is HSG274 Part 2 Legionnaires’ disease: The control of legionella bacteria in hot and cold water systems. These documents are freely available on the Health and Safety Executive (HSE) website.

The focused series of Health Technical Memoranda published by the UK Department of Health include HTM 04-01: the design, installation and testing of water supply, storage and distribution in healthcare premises.8 This is a two-part document, with part A covering Design, installation and testing and part B Operational management. Although this document is written specifically for health care applications, the breadth and detail of coverage is such that it delivers a wealth of practical information that offers a useful adjunct to other guidance. 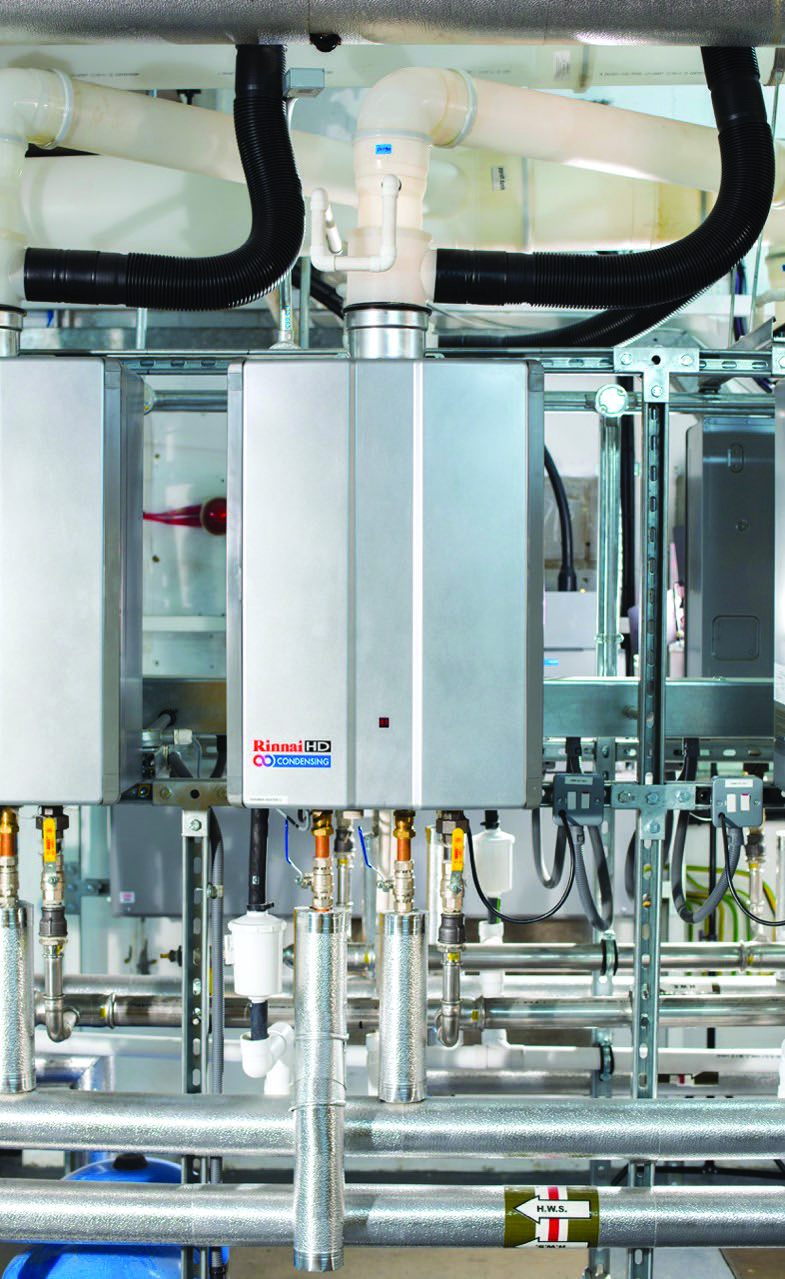 CIBSE’s 2013 revision of TM14 Minimising the risk of Legionnaires’ disease gives guidance on the appropriate design, installation, commissioning, operation and maintenance procedures necessary to minimise the risk of infection by legionella from water systems within a building. It emphasises that even the best engineering solutions can fail – and have failed – if their operation and implementation are not managed and operated effectively. TM14 is a no-cost download for CIBSE members.

ASHRAE’s 2015 revision to Standard 188 Legionellosis: Risk management for building water systems is, as the name suggests, a document that details management requirements through the whole system life cycle, including replacement and expansion of systems. Standard 188 is designed to be adopted in (US-focused) local building codes, and the associated technical information is available in the downloadable ASHRAE Guideline 12-2000 Minimizing the risk of Legionellosis associated with building water systems – this is currently being updated to accord fully with the recent revision of Standard 188.

The fundamental requirement for maintaining legionella-safe potable hot water services is summarised in HSG74 part 2 – that the building operator should be able to identify if the water systems are likely to create a risk from exposure to legionella bacteria by assessing if:

The amount of legionella bacteria in a system is measured in concentration of colony forming units per litre (cfu·L-1). HSG74 Parts 1, 2 and 3 (2014) recommends review of control measures where legionella concentrations are in the range 100 to 1,000 cfu·L-1, and corrective action where they exceed 1,000 cfu·L-1. Under optimum conditions, WRAS reports9 that legionella bacteria can multiply from background numbers to dangerous concentrations within five days. The principal cause of Legionnaires’ outbreaks, legionella pneumophila requires on average 3.2 minutes exposure to 60°C to reduce the bacteria count by a factor of 10. So that is 3.2 minutes to reduce from 100,000 to 10,000; a further 3.2 minutes from 10,000 to 1,000; and 3.2 minutes from 1,000 to 100 cfu·L-1, which would be considered an acceptable level.9

Stored hot water systems can present a risk for the proliferation of legionella, particularly at the base of secondary hot water cylinders. Since legionella bacteria multiply significantly where water temperatures are between 20°C and 45°C, the natural stratification together with the cooler incoming water will typically allow temperatures to fall within this range of risk. To reduce legionella risk, HSG274 Part 2 (2014) requires that the water store (including the base) must be heated to a temperature of 60°C for one hour each day (just about all references concur that almost all bacteria die at above 54°C – higher temperatures will cause a swifter demise). Shunt pumps – recirculating the water around the cylinder – can be used in such systems to ensure a mixing of the water uniformly to reach 60°C. However, water at the base of the vessel is liable to collect sediment of organic and mineral deposits that support bacterial growth – including legionella – which can release legionella into the system when under high demand.10 This requires regular assessment and, as appropriate, removal of sediment. 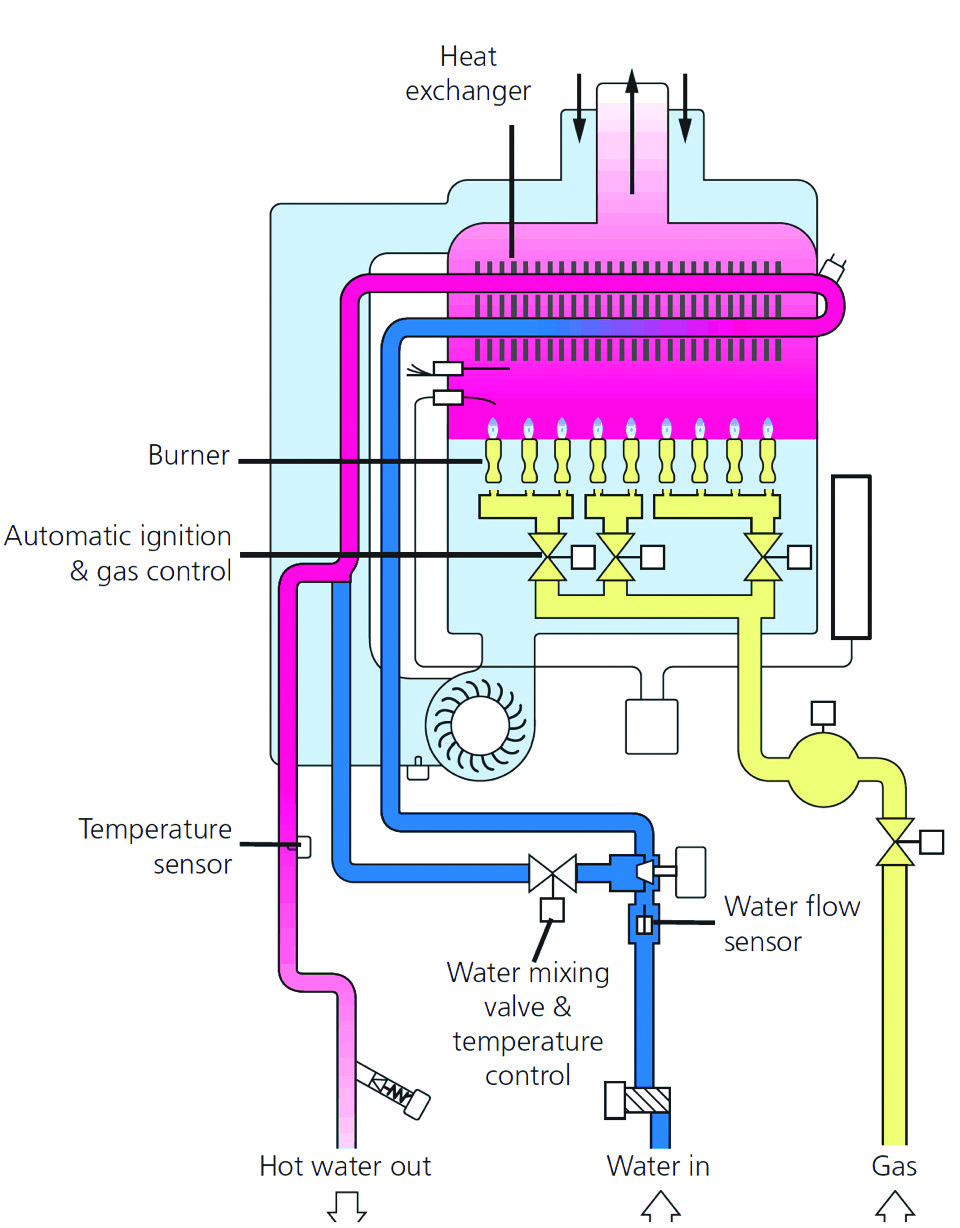 Gas-fired continuous flow systems do not use storage, since the cold water typically enters the water heater directly from the mains and is immediately heated to the required temperature. Commercially available continuous flow units – such as that shown in Figures 3 and 4 – maintain water temperature for distribution within ±1K, and so may maintain a minimum temperature that is in excess of advisory levels.

As discussed in CIBSE AM14, the traditional means of maintaining water temperatures in hot water services distribution systems and minimising water wastage is by the provision of a flow and return system, using thermally insulated pipework and a circulating pump to maintain a minimum acceptable return temperature of 50°C. The water volume circulated by the pump is generally quite small, and with the return pipework sized for flow velocities of 1–1.5 m·s-1, the temperature drop in the return pipework is minimal.

It could be argued that ‘tankless’ (continuous flow hot water heater) systems and point-of-use hot water heaters will have a much reduced risk of legionella proliferation. And this would typically be correct, except potentially where there is a secondary return system and/or ‘dead legs’ (or poorly designed pipe fittings) that are beyond the normal circulatory system and will still act as a ‘water store’. When there are no hot water draw-off taps, the pipework branches that serve the outlets can provide a significant store of cooling water at conditions that would be appropriate for the multiplication of legionella bacteria.

By applying the close control of continuous flow water heater plus a time-based controller, the system can be readily employed to provide a flow temperature override for a short period and then revert back to safe levels. This combination allows for safe running of water at lower temperatures during the occupied periods, and then the application of a ‘thermal shock’ to the system at 60°C (or beyond) at times when the building is not in use; when the building is in use again, water flow temperature can be returned to that required for safe use. This simple technology takes advantage of close control capabilities of the continuous flow water heater, and eliminates the normal risk from legionella bacteria. It can be applied to many applications – such as schools, recreational facilities and medical centres – automatically, without the need for continuous maintenance input. It might even have applications in more extensive domestic environments where there is a significant water demand for numerous bathrooms.

Some parts of the hot water system – for example, shower heads or terminal fittings – will still require regular flushing through with water at 60°C (as detailed in HSG274).