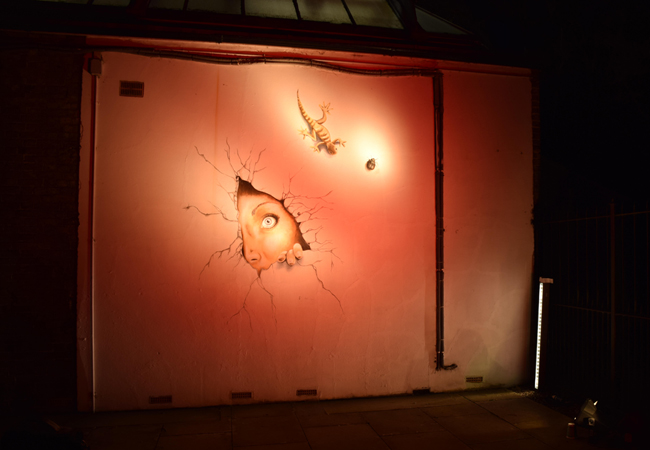 The competition took place at Rose Bruford College, Sidcup, in March, when 15 teams competed to design and set up temporary exterior installations in only 180 minutes. Speirs + Major won the Best Technical Solution, judged by SLL, and the Peers prize, judged by the teams. Aecom claimed the Most Creative Effect Award, judged by the International Association of Lighting Designers (IALD).

Each team was allocated a site around the campus and – focusing on basic engineering and design – had to light it in its natural state with designated equipment, overcoming challenges without a budget and within time constraints.

Organisations were only allowed one team, led by an SLL member. Students on Rose Bruford College’s lighting and design BA course, who supported the event had the chance to assist professionals working in this unique environment.