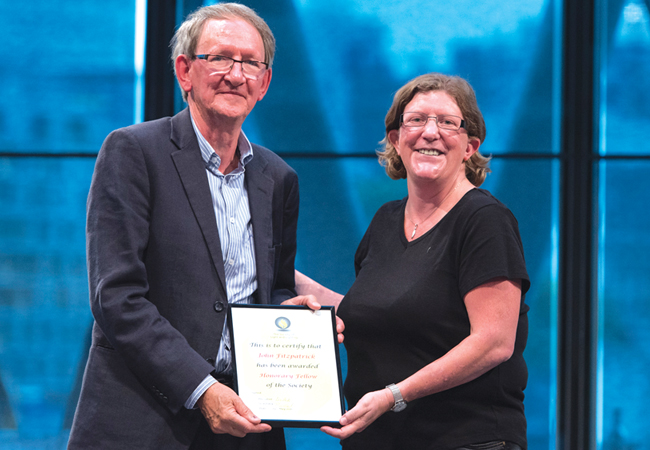 Together with the inauguration of Jeff Shaw as the new Society of Light and Lighting president, various awards were presented at the SLL AGM.

Christopher Fordham and Charlie Upton were awarded certificates for completing the LET Diploma.

Prizes for technical papers published in Lighting Research and Technology (LR&T) – available for free to CIBSE members – were also awarded:

The Walsh Weston Award went to Mark Rae for his paper The lumen seen in a new light: Making distinctions between light, lighting and neuroscience.

This year there were four recipients of the SLL Lighting Award; Dan Lister, Simon Fisher, Rhiannon West and Liz Peck.

An Honorary Fellowship was awarded to John Fitzpatrick, and the President’s Medal was awarded to David Carter for his long-standing contribution to the lighting industry.