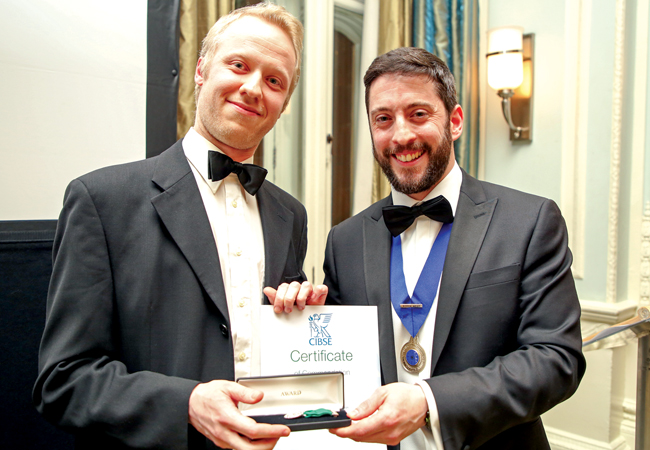 The CIBSE North West (NW) annual dinner relaunched on 26 January, at the Midland Hotel, Manchester, with more than 130 guests.

The NW region, CIBSE’s oldest outside London, hosted the first such event in the region for more than seven years in conjunction with celebrating its 90th anniversary.

NW chair Colin Lehane addressed the audience and presented previous chair, Patrick Nicholls, with the chair’s medal and a certificate of commendation in recognition of his service. Nicholls held officer roles within the Young Engineers Network (YEN) and the regional committee for many years, so the committee felt the award was greatly deserved.

After dinner, special guest speaker Eddie ‘The Eagle’ Edwards delighted the audience with his intriguing life story, going from plasterer to Olympic ski jumper, and even showed some of his original training footage.