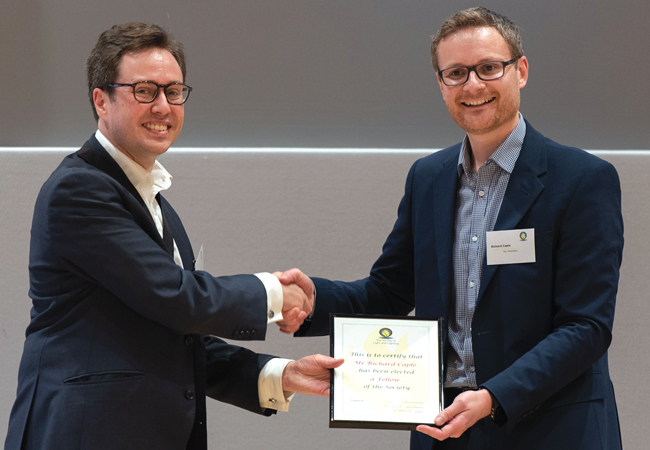 Iain Carlile was appointed the new president of the Society of Light and Lighting (SLL) at its AGM on 24 May. He will continue to further the aims, set out by previous president Richard Caple, to develop and support the next generation of lighting professionals, and engage with volunteers, members and the public in spreading the message of quality lighting.

Carlile told the AGM about his first involvement with the SLL, at a conference in Dublin in 2004, when he was bowled over by the passion and dedication of the speakers and the community of lighters in attendance.

In an appeal to practitioners of light, Carlile highlighted one of the key strengths of the society – its membership, and the diverse backgrounds and career paths that they represent. Citing inclusivity as one of the major factors in deciding to join the society, he outlined his aims to assess what the SLL offers and the ways in which it can provide public benefit.

Carlile also asked what the society can do to stay relevant to its current membership of more than 4,000 people. He referred to the need to continue to develop tools and guidance to help members succeed within their careers, achieve professional recognition and find enjoyment in the work that they do.

The new president recognised the need for the SLL to address challenges in relation to changing technology, and in the way that it communicates and disseminates valuable information. Referencing CIBSE President, and SLL Past President, Stephen Lisk’s inaugural address, Carlile highlighted the need for CIBSE and its divisions, societies and special interest groups to collaborate, to offer the most value to members and to the public.

‘I would like to reach out to these individuals and groups, reinforcing what the society can do for them and how they might become involved in the society’s activities, and get the message of good lighting to a wider audience, for the benefit of all,’ Carlile told the AGM, at which new president-elect Jim Shove was also inducted.

The following awards were presented at the SLL AGM: