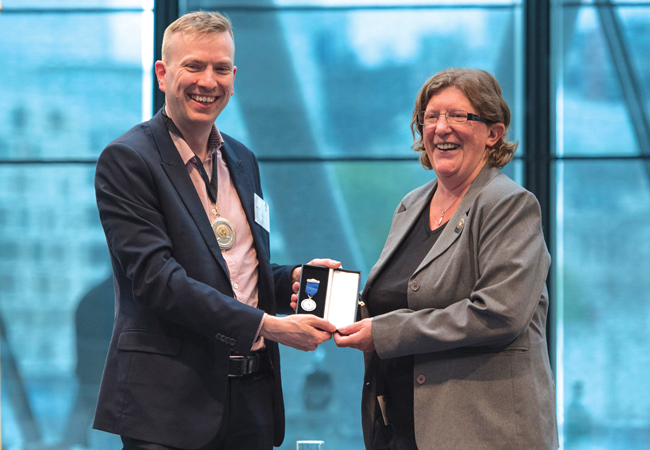 Jeff Shaw was inaugurated as the new Society of Light and Lighting (SLL) president, during its AGM at City Hall in May.

Commenting that most people in the room would have entered the lighting industry by accident, he reflected on his interest in light long before he had ever considered it as a career.

‘I was a budding lighting designer, but what I didn’t know as a child was that I could have a career in lighting,’ he said.

Reflecting on the achievements of Liz Peck’s presidential year and the UNESCO International Year of Light, Shaw outlined his vision to inform and inspire the next generation about lighting and engineering.

‘I want to inspire a different experience for children growing up today and in the future. I want to inspire the lighting designers and engineers of tomorrow; to let their parents know that a respectable career lies ahead for those who want to join our industry.

‘I want to help to create a lasting legacy of engagement and interaction between the lighting community, the construction industry and the public,’ he added.

With changes in the lighting market and technologies, Shaw highlighted the need for SLL to inform the public about the benefits of quality lighting. Citing recent mainstream press coverage on the potential negative effects of blue light from screens, he drew attention to a need for better, more accessible information on lighting and health, as well as providing useful consumer guidance.

Shaw, who has been SLL education and membership committee chair for many years, said he aims to develop and launch structured advice and tools for lighting-related STEM ambassadors, in collaboration with other lighting organisations.