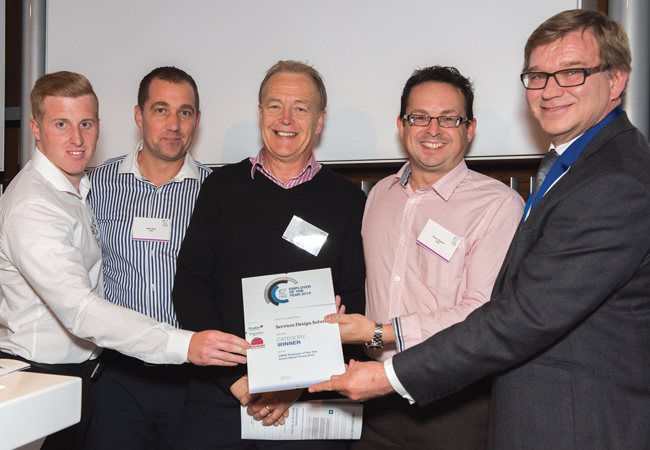 Six companies have reached this year’s shortlist for the Employer of the Year Award.

The winners of the three awards – for large, medium and small employers – plus an overall champion, will be announced at the CIBSE Young Engineers Awards at the Institution of Mechanical Engineers (IMechE) on 13 October.

Tim Dwyer, chairman of the CIBSE ASHRAE Group and the judging panel, said: ‘It is heartening to see firms of all sizes continuing to invest in young engineering talent, and the calibre of graduate engineers on show at our awards remains consistently high. We hope these young engineers and innovative employers will act as an inspiration to the sector.’

Services Design Solution (SDS) won in the small category, and were also the overall winners in 2015 (pictured).

The Employer of the Year awards recognise employers that have shown excellence and innovation in developing the engineers of the future. Together with the Graduate of the Year award, they form part of the CIBSE Young Engineers’ Awards, and are supported by engineering institutions – CIBSE, ASHRAE and the IMechE.