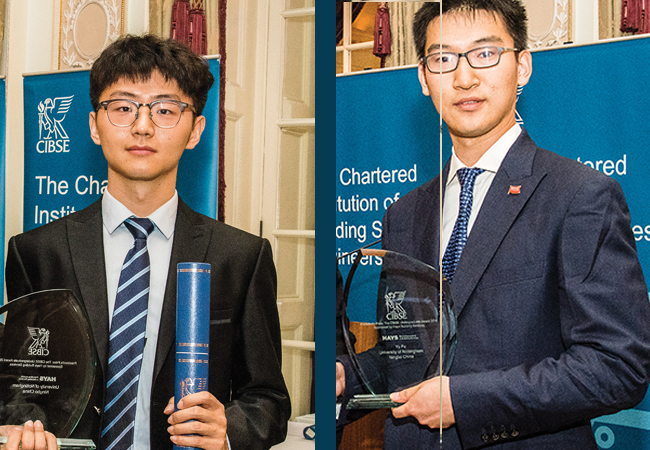 Yu Fu, from University of Nottingham Ningbo China, was awarded the CIBSE Undergraduate Award 2019. Yu studied for a BEng in architectural environmental engineering and won with his final-year project titled A machine-learning approach to predict window openings in naturally ventilated buildings. Judges felt the project was an original idea that attempted to use machine learning across a wide range of locations to optimise natural ventilation window openings. He was presented with a £500 cheque and a certificate.

In acknowledgement of its achievement, a trophy was also awarded to University of Nottingham Ningbo China, accepted by Shimeng An on the university’s behalf.

The award, sponsored by Hays Building Services, is designed to encourage students to develop their potential and aim for excellence. It is awarded to final-year students of a CIBSE-accredited building services course and recognises academic achievements.