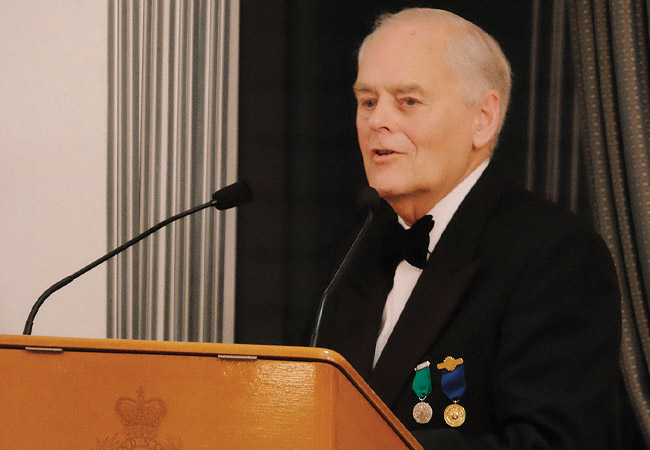 With deep sadness we report the death on 5 June of past President Geoffrey Brundrett FCIBSE after a long struggle with a serious lung condition.

Geoff’s involvement with building services goes back 60 years. After a BEng and apprenticeship at Leyland Motors, he completed a PhD at Liverpool University in 1961. He joined the Central Electricity Generating Board Marchwood Laboratories, moving in 1966 to the Electricity Council Research Centre at Capenhurst, where he worked for six years. He retired as Head of Environment and Buildings Division to academic roles in Liverpool at the University of Wales.

Geoff served the regional committee of both the IHVE and IES prior to their merger to create the CIBS in 1976. He chaired the merged committee in 1979, serving on it until 2004.

Geoff was President of CIBSE in 1997, the centenary year, contributing to the historical book The Quest for Comfort. Geoff served CIBSE in many ways, chairing the electrical services group and panel responsible for TM13 Legionella, for many years. He wrote Guide A Chapter 8 on health, which became TM40 on health and wellbeing.

Geoff received two technical Bronze medals: the Walsh Weston in 1974 from the IES for a Lighting Research & Technology paper and the Carter in 1985 for a paper on legionella, on which he was an internationally recognised expert.

We offer sincere condolences and heartfelt sympathy to Janet, his wife of 60 years, and family.