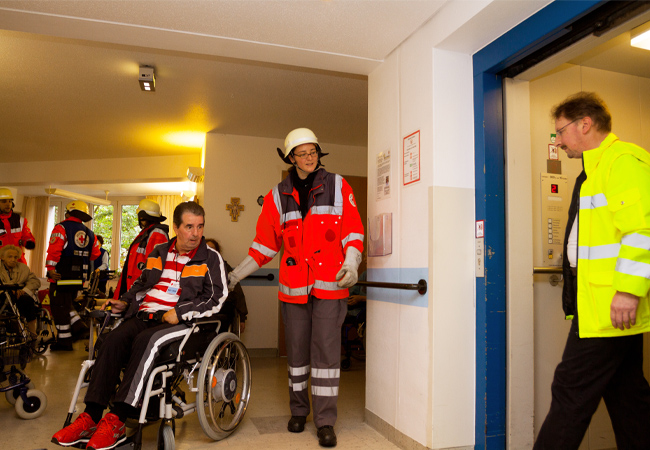 The CIBSE Lifts Group was delighted to welcome nearly 150 people to its annual seminar, held online in February.

The theme of the 2022 event was firefighters and evacuation lifts and their use in the context of broader fire engineering strategies, codes and standards, and the new London Plan.

Farrokh Azad, from Sweco UK Fire Engineering, spoke first and enlightened the audience with a glimpse into the world of the fire engineer, covering the strategies, legislation and guidance employed to ensure buildings are safe.

This was followed by a talk from Nick Mellor, of the Lift & Escalator Industry Association, who spoke eloquently on the ever-changing world of codes and standards, and how they apply to firefighters’ lifts and evacuation lifts. Precision was a theme of his talk, highlighting the important difference between vintages of ‘fire’ lifts and the need to select descriptors carefully when dealing with lifts for the use of the Fire Service.

The final speaker, Adam Scott, of Sweco UK Vertical Transportation, updated attendees on the London Plan and some of the challenges it presents to the lift industry. A clear message from his talk was the need for the industry to support the Greater London Authority with the final drafting of some of the guidance associated with implementing the plan.

The seminar was followed by the 2022 Lifts Group AGM, minutes of which will be posted on cibse.org/Lifts-Group

● The next meeting of the CLG is planned for early June 2022.