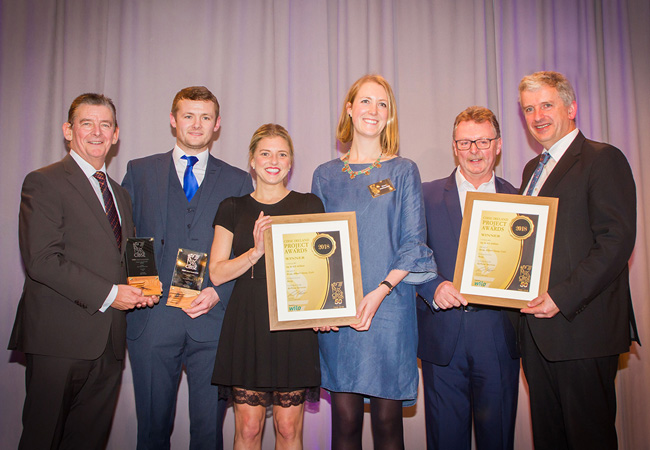 CIBSE Ireland’s 50th anniversary celebration dinner and awards night took place in November, when CIBSE President Stephen Lisk paid tribute to its members for their commitment to the industry.

Three project awards for excellence in building services engineering were also presented on the night:

■ The Up to €2m Project award was won by consultants Arup and contractor Airflow Services, for the fit-out of One Albert Quay, Cork – the first Well certified office in Ireland

■ The €5m and over Project award was won by consultants JV Tierney & Co, for the Criminal Courts of Justice, Dublin, which has an active twin-skin façade, night cooling and low-energy displacement ventilation.

CIBSE Ireland presented a cheque for €14,000 to the Capuchin Day centre, a charity set up to offer breakfast and dinner to homeless people in Ireland.

It would like to thank the committee members for their dedication in organising the awards and dinner, as well as all those who attended and for their continued support over the past 50 years.

An annual golf day, sponsored by Grundfos, was also held to mark the anniversary, and took place at Luttrellstown Castle in September. The event attracted a huge turnout, with 25 teams supporting the day.

CIBSE technical director Hywel Davies also gave a talk on potential changes to the Building Regulations in light of the Grenfell Tower disaster.