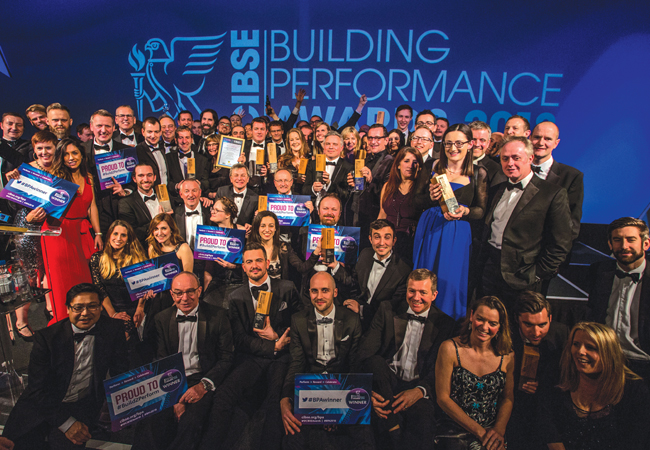 British university has been crowned Building Performance Champion at CIBSE’s annual awards ceremony for the second year in a row.

The University of Oxford Carbon Reduction Programme beat 14 other category winners to scoop the overall prize at the 2018 Building Performance Awards, following on from the University of Bradford’s success last year. The Oxford estates services team also scooped the Facilities Management Team of the Year accolade.

This year’s ceremony, hosted by comedian Mark Watson at the Grosvenor House Hotel, was attended by more than 750 guests, and awards were presented to 12 companies representing the cream of the building services sector across the supply chain.

CIBSE President Peter Y Wong opened proceedings by reminding the audience that the awards were won for ‘actual, measured performance outcomes, and not just promises of design intent or performance specifications’. He said that the awards increasingly stood for ethical, sustainable and environmentally sound business. 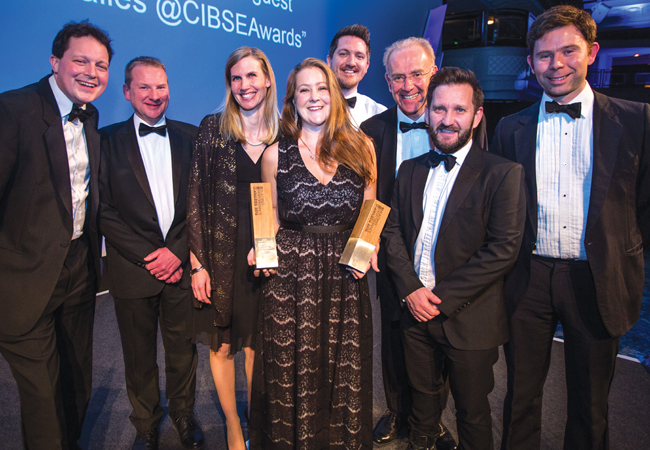 ‘The shortlisted entrants can rightly be proud that they have gone above and beyond the norm to create buildings that are truly fit for purpose – not just at present, but for years to come,’ Wong said.

What overall winner the University of Oxford had achieved in tackling carbon emissions in its estate could be done across the higher education sector, said the judges.

‘Winning the overall project award is just fantastic,’ said Lucinda Lay, carbon-reduction projects manager at the University of Oxford. ‘I feel incredibly proud to go up there and represent the team and those who contributed towards the programme.’

With more than 400 buildings to manage, Lay said the estates team had to be targeted in its approach. ‘We look at the most intense buildings in terms of energy consumption and then look at the building services – how they’re operating and how they can perform better. Hoare Lea has now optimised more than 30 of our buildings, which is fantastic.’ 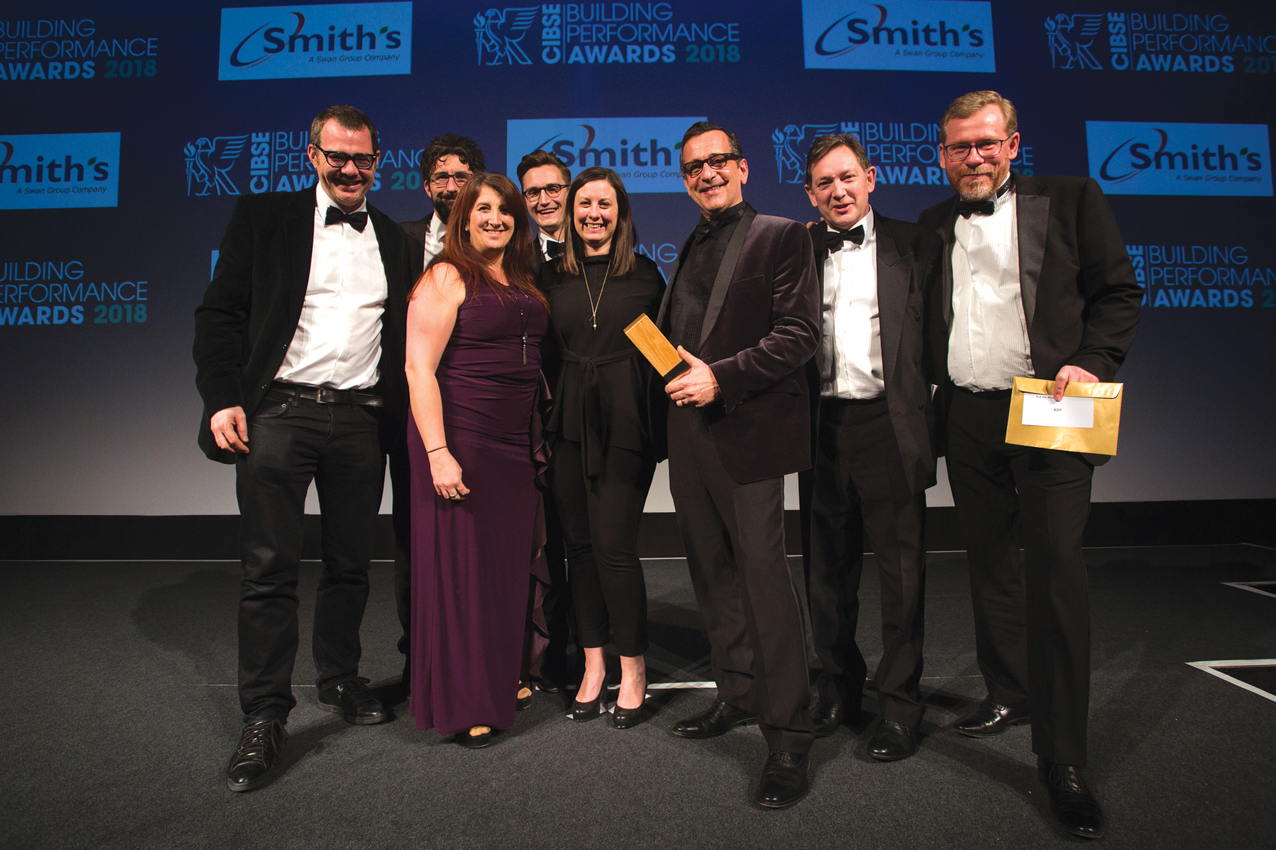 The University of Oxford was one of four double award winners on the night. In addition to being named Building Performance Consultancy (over 1,000 employees), BuroHappold Engineering won the Energy Efficient Product or Innovation Award for its development of NewMass. This is a low energy cooling system of finned tubes, filled with a phase change material, that fits within a ceiling space.

The judges were particularly impressed by BuroHappold’s significant investment in research and training, and how it puts this in the public domain. They said: ‘BuroHappold Engineering has some different initiatives that grabbed our attention, and they provided some impressive performance data.

Andy Keelin, BuroHappold’s cluster leader and project principal, said: ‘The awards were a real shot in the arm. It’s testament to a lot of the things we’ve tried to focus on. While it’s fun designing buildings, it’s even better to get them to work as the design intended.’

The engineering consultancy was also highly commended for the David Attenborough Building in the Project of the Year – Commercial/Industrial category.

Elementa Consulting made it a hat-trick of victories by winning the Project of the Year – International Award for the third year in a row. Its services design for the new 7,000m2 laboratory at Pomona College, in California, resulted in an energy reduction of 67% compared with the existing building, and 75% compared with the benchmark.

It also picked up the award for Building Performance Consultancy (up to 100 employees). Elementa Consulting has designed more than 80 net zero projects and the judges were impressed with its commitment to cross-industry collaboration in the form of the London Energy Transformation Initiative (Leti). The project was led by environmental design engineer Clara Bagenal-George, and some of its energy policy proposals have been published in the draft London Plan. 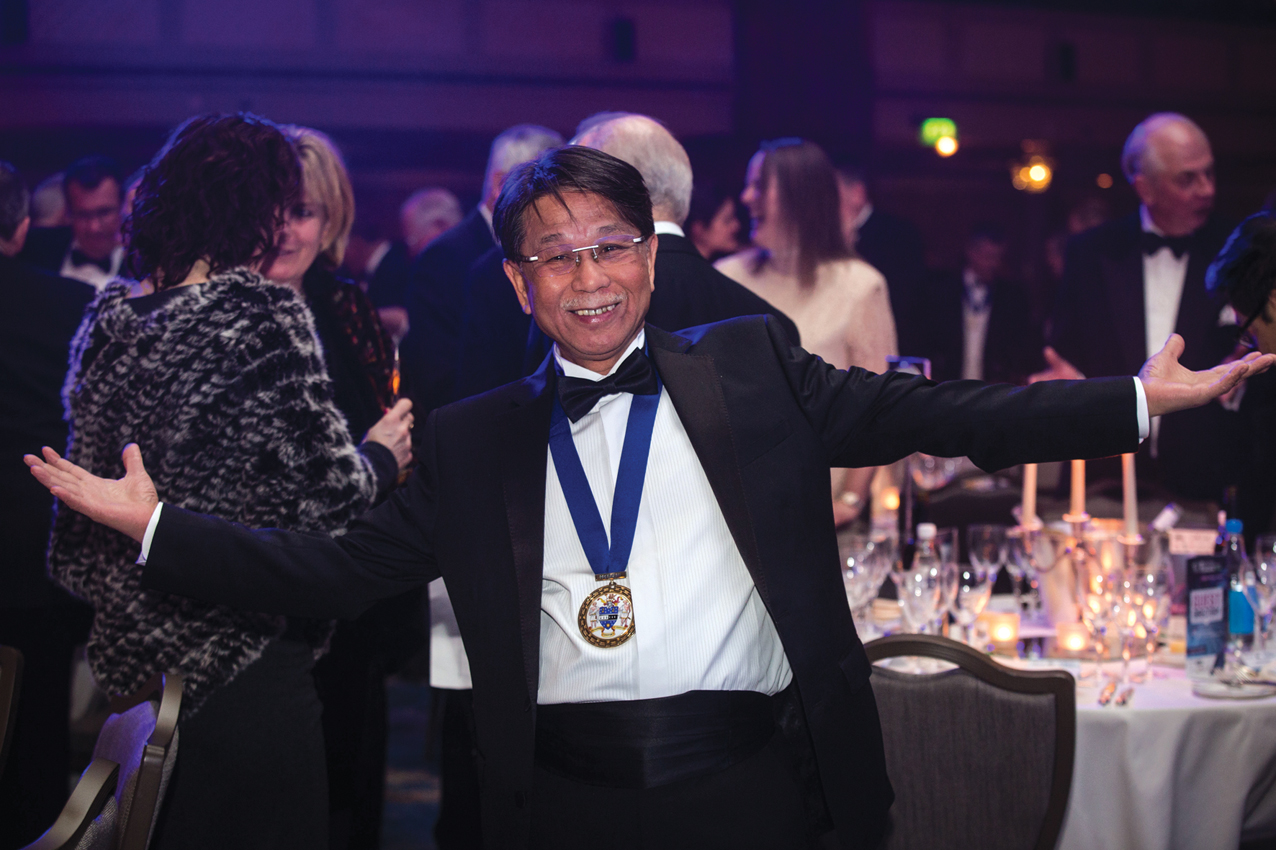 Simon Ebbatson, principal at Elementa Consulting, said: ‘Leti has been really powerful for us, as it’s about sharing our knowledge. The problem with building services is that it’s not a community. We end up sparring with each other. One thing that Elementa and Integral Group look to do is raise the bar with the rest of the industry.’

BDP won the award for best Building Performance Consultancy (101-1,000 employees), and was the building services engineer on the Enterprise Centre, which won Project of the Year – Industrial/Commercial. The much-lauded Passivhaus building, designed by Architype for the University of East Anglia, has proven energy performance. It consumed 103kWh.m-2.year-1 in the first year, which is well below the 120kWh.m-2.year-1 target for Passivhaus and the predicted 111kWh.m-2.year-1. The judges were particularly impressed with the three-year soft landings process, which demonstrated the team’s commitment to optimising the building’s potential. Judging chair Hywel Davies said: ‘The Enterprise is an outstanding building. Both its design and operational energy performance are at the highest levels.’

Another certified Passivhaus building, the University of Leicester’s Centre for Medicine, won Project of the Year – Public Use for contractor Willmott Dixon (building services engineering was by Couch Perry Wilkes). The building’s Display Energy Certificate A rating is partly attributed by Willmott Dixon to the soft landings approach taken on the project.

The awards took place on the 100th anniversary of women in the UK, over the age of 30, being given the vote. CIBSE continues to strive to attract people from all backgrounds to the building services industry, and give women an equal chance of success. The large number of women on the winners’ stage is testament to the progress being made in creating a more diverse profession. Five years ago, there were only two women in the trophy holders’ photograph.

Winners at a glance

Project of the Year – Public Use
Centre for Medicine, University of Leicester – Willmott Dixon