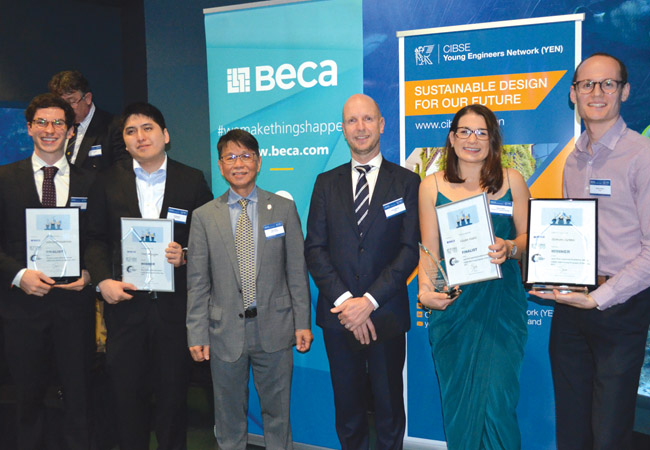 Nguyen won the Mark Griffin Memorial Award – Student of the Year, with an outstanding brief for a sustainable retrofit of an ex-office building. The award called for entries from engineering students , studying BSc, BEng or MEng at 17 universities across Australia and New Zealand. Finalist George Fitzpatrick, civil engineering and architectural design student at Monash University, was also recognised for his submission.

All finalists received a certificate and trophy, with the winners awarded a $1,000 prize, courtesy of award sponsor Beca.

The 2018 competition will open for entries in November 2017. Visit www.cibse.org/cibse-anz-young-engineersawards for details.