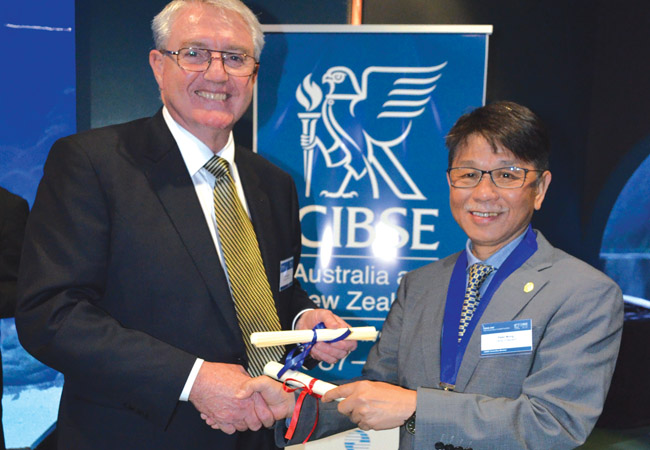 CIBSE President Peter Y Wong, and Engineers Australia president John McIntosh, have renewed an agreement of mutual recognition to simplify the transfer of equivalent Australian and international titles and qualifications.

The agreement was signed in June as part of the CIBSE ANZ 30th anniversary celebrations.

Paul Angus, CIBSE ANZ chair, said: ‘There is a mutual respect for the integrity of the registration process that both our institutions
adhere to. This agreement gives our members equivalent footing in Australia and overseas.’

Members of either organisation wishing to gain equivalent qualifications must apply through the host Institution.