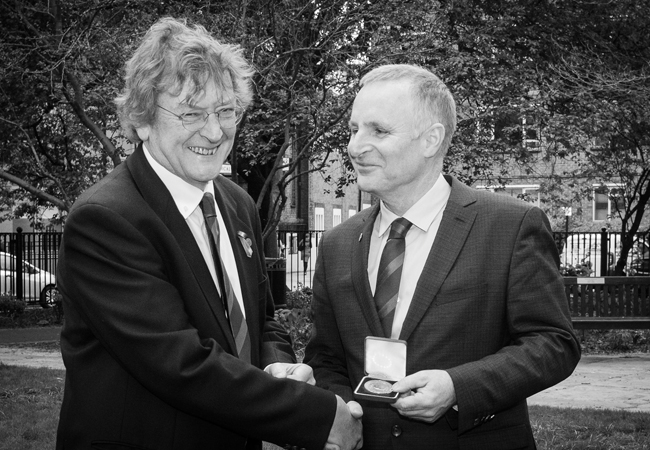 Chris Jones has been awarded a silver medal in recognition for his hard work and service to CIBSE and the Home Counties North West region.

He was presented with the award at the HCNW AGM in April.

Since becoming and practising as an energy, environmental and building services engineer, Jones has been very active in contributing to the advancement of CIBSE and the promotion of engagement among members and the wider public within the HCNW Region.

He was elected onto the HCNW committee in 2007 and has since held
various posts including treasurer, secretary, chair and events organiser. He wrote the region’s Inclusivity Policy – the first region to have one, and has organised around 120 events for the region.

Jones remains a committed and active member, and hopes to continue to assist in developing CIBSE’s vision and strategies.