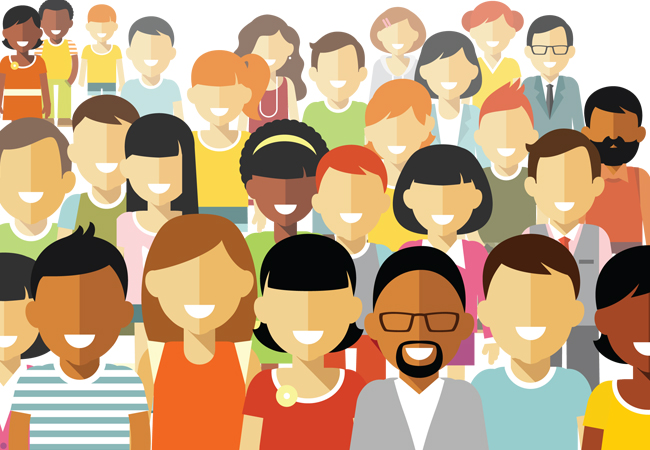 Our society faces major challenges when it comes to climate change, urbanisation and environmental pollution, so our profession must keep looking for innovative solutions to these problems. Our vital work will be harder to deliver, however, unless something is done to address the skills gap, which is continuing to grow. It is estimated that an additional 87,000 graduate-level engineers per year are needed in the UK between now and 2020, but the higher education system is producing only 46,000 engineering graduates annually.

The good news, however, is that the potential resource to fill the gap is right under our noses. We can start using it simply by attracting talented people who, traditionally, have not considered taking up careers in our industry. This is the goal of diversity and inclusion (D&I) initiatives, where diversity represents the mix and inclusion refers to getting the mix to work well together.

The case for action

Consider that the UK has the lowest proportion of female professional engineers in Europe, at just 8%, despite women making up 51% of the working population. Only 6% of professional engineers are from black, Asian or minority ethnic (BAME) backgrounds, whereas changing demographics mean this group now comprises 25% of the UK’s secondary school population. And 60% of women surveyed reported encountering barriers when returning to work after a maternity break.

The message is clear; there is abundant untapped potential – and attracting underrepresented segments of the population to science, technology, engineering and maths (STEM) careers is the obvious first step to boosting the number of engineering professionals in the UK.

‘There is no doubt that addressing diversity and inclusion is vital to the continued success of our industry,’ says Jo Edwards, co-vice-chair of CIBSE’s Inclusivity Panel. ‘I am very pleased to be associated with organisations – including CIBSE – that are embracing the issue so comprehensively that they are incorporating D&I into their overarching strategic aims.’

Researchers are increasingly and consistently finding that companies and organisations with higher rates of diversity are more successful. Companies in the top quartile for gender diversity are 15% more likely to have financial returns above their national industry median. That number becomes 35% for companies in the top quartile for racial/ethnic diversity. Success doesn’t have to be considered only in terms of financial performance, however. Studies show that companies with more women in senior management functions report significantly higher levels of employee satisfaction, too.

Regardless of the business case, there are also strong ethical and legal dimensions to consider. Engineering organisations are united by a desire to improve society. Setting goals and treating all people fairly, proactively to include them and to make their organisations more representative of the communities they serve is not just the right thing to do – it ultimately contributes to the betterment of society. From a legal perspective, the Equality Act 2010 prohibits discrimination and unfair treatment of people on the grounds of their demographic characteristics, so we must address biases in the workplace.

Despite the convincing evidence, and legal and ethical imperatives, human nature, societal norms and cultural baggage continue to stand in the way of the industry reaching its full potential. Even at primary school age, girls have less positive perceptions of engineering than boys (32% compared with 61% of boys). Graduates from BAME backgrounds are less likely to be hired than their white peers, and can expect to be paid less than them, on average, should they manage to secure full-time employment. It’s even estimated that the industry is losing a potential £11.2bn per year in productivity because of lesbian, gay, bisexual and transgender (LGBT) engineers feeling forced to hide their sexuality at work out of fear.

Given the current situation in the sector, how can we ensure we have the talent to deliver creative solutions to the challenges society faces? As an industry, we have to be more proactive in changing ourselves – who we are and how we work. This is where diversity and inclusion initiatives come in.

‘Diversity and inclusion go hand in hand – recruiting people from under-represented demographics is not enough; the industry also has to engage with what minority employees bring to the table if we want to leverage innovation and new approaches. This means cultural shift, not just cosmetic changes,’ says co-vice-chair Mikal Ahmed.

The Royal Academy of Engineering (RAEng) recognises the vital importance of this topic and, with UK government support, has been running a programme since 2010 to increase diversity and inclusion across the engineering professions. A strategy spanning four years to 2020 was published in 2016; its aim is to understand and address the extent to which engineering and its organisations are inclusive and nurture diversity.

CIBSE has taken this opportunity to relaunch its diversity committee – now the Inclusivity Panel – to engage with the RAEng’s initiative, and to do more to fulfil CIBSE’s obligations under the Diversity in Engineering Concordat.

‘It’s immensely reassuring to me that CIBSE’s commitment to addressing inclusion issues pre-dates the noticeable increase in public debate and media coverage we’ve seen over the past year,’ says panel chair Atif Rashid. ‘These efforts are not reactionary, but stem from a genuine conviction that doing well on inclusion is central to the future health of our institution and our industry.’ 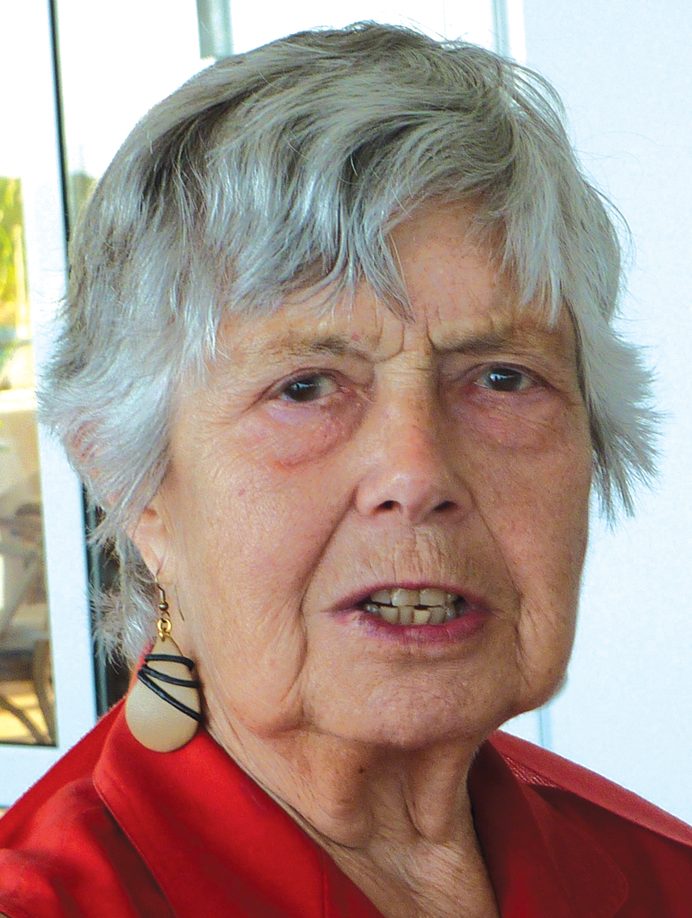 Frances Winch MCIBSE, who died last month aged 92, proved that it was possible for women to have a richly rewarding career in building services – but it wasn’t always easy. Frances, also known as Frankie, joined the industry after World War I, during which she served as an air mechanic (electrical) and petty officer in the Women’s Royal Navy Service.

After the war, she became one of the first female graduates of the newly formed National College of Heating, Ventilation and Fan Engineering, which eventually became part of London South Bank University (LSBU). Frances then worked as a heating and air conditioning engineer before becoming a librarian at the National College and a lecturer at Salford College of Technology. She ended her varied career at Manchester City Council, as a senior officer in the fuel-efficiency unit, where her work involved monitoring control systems.

The challenges facing a woman in the industry were revealed in two letters Frances wrote – one when applying for a development officer position at CIBSE in 1987, and one to the Building Services Journal (forerunner to CIBSE Journal), 10 years later.

In her letter to CIBSE, Frances said it was hard to return to the industry after having a family, because of the lack of retraining courses available. In the BSJ letter, she called for a change in attitude towards women in the industry, and lamented that only 2% of services engineers were female. She called for more incentives for women to return to work, more flexible working and intensive refresher courses. ‘More flexibility in career structure would be welcomed by many men as well as women,’ she wrote.

The percentage of women working in the industry is still only 8%. Frances’ son-in-law, and CIBSE past president, Andy Ford – who is now director of enterprise and innovation at the LSBU’s School of Environment and Architecture – says there is plenty more to be done. ‘I made significant efforts to promote the profession to women while president, and I continue to do so at LSBU – but, after reading her letter, I am depressed to realise most barriers she mentions still remain,’ he says.

Formed last summer, CIBSE’s Inclusivity Panel comprises 10 volunteers from across the membership, including from the institution’s board and the executive.

It participated in a benchmarking exercise organised by the Royal Academy. This came out of a joint project between the RAEng and the Science Council to develop a bespoke Progression Framework to help improve diversity and inclusion among scientific and engineering professional bodies.

Institutions were asked to self-assess their performance across eight departmental areas against a range of diversity and inclusion maturity indicators. The results put CIBSE on a par with the other institutions that took part, but indicated that – as an industry – we are just starting to get to grips with a complex issue. The exercise did, however, give the panel a base from which to consider what it wants to achieve and where to start.

After analysis of the results of the benchmarking exercise, the Inclusivity Panel developed three key aims for 2018:

The first aim ensures CIBSE’s stance on these issues is clear, well communicated and identified as a key component of the industry’s future success. The second enables CIBSE to understand the current situation among its staff and membership, and to begin tracking progress over time. The final aim addresses a particularly acute issue unearthed during the RAEng benchmarking exercise – the poor representation of women among our numbers.

These aims were put to the board and approved in January 2018. As the year goes on, CIBSE members can expect updates on the panel’s progress and, perhaps, requests for help. After all, cultural change in any organisation can only come about with the buy-in of all its stakeholders.

The Inclusivity Panel is currently working with the executive on the first set of actions to achieve its aims. It looks forward to the support of our peers and colleagues towards nurturing a more diverse CIBSE that is representative of us all – and a more inclusive CIBSE for every one of us. The future of our industry – and, therefore, wider society – depends on it.